Ex-IIT alum's startup now puts the ‘dum’ in biryani, delivers it fresh in the handi it is cooked in 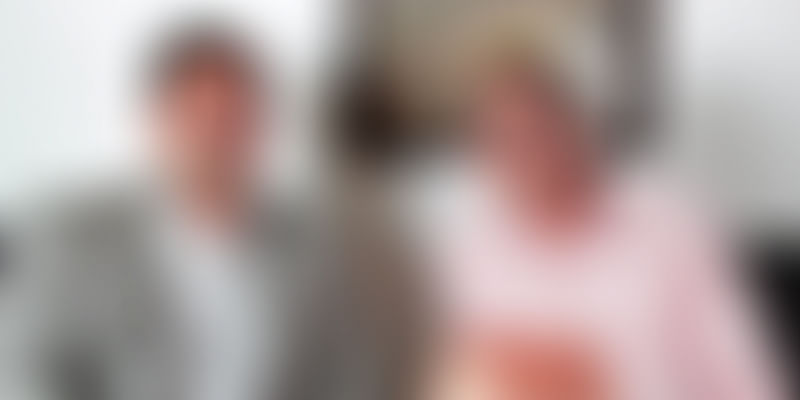 Gurugram-based foodtech startup Biryani By Kilo delivers freshly made dum biriyani to the customer's doorstep and hopes to compete with popular Western food favourites like pizza, sushi and noodles.

Who doesn’t love a 'bursting with flavours’ dum biryani? What originated as a cooking technique from the Khyber Pakhtunkhwa region in Pakistan, where meat and vegetables are cooked on slow fire in a handi and sealed with dough to preserve the aromatic flavours, is a hot favourite among discerning foodies. A taste that no packaged biryani masala can ever match.

Cooking biryani in the dum style is often avoided by home cooks because the process is tedious and time-consuming. So you have restaurants that cater to refined tastes with fine dum biryanis to suit every palate.

It comes as no surprise, then, that a startup has joined the biryani bandwagon to offer dum biryani to the customer’s doorstep.

Unlike other brands where biryani is cooked in bulk and later repackaged for sale, Gurugram-based BBK, with an intent to preserve the authenticity of the aromatic rice, offers dum biryani cooked individually in handis or earthen pots, for each order and also delivers them to customers in the same pot.

To take the biryani experience a notch above the competition, the company also sends earthen Angeethis or aanch with each order, to preserve the smokey flavour and aroma of the spices used in the rice.

Founder and CEO of Sky Gate Hospitality (the parent company of BBK), Kaushik Roy, is former Group COO at Zooropa Foods, the investment arm of VC firm SAIF Partners, focused on Quick Service Restaurant investments. Kaushik has over two decades' experience in the food and beverage industry and has operated with over 200 restaurants so far.

He partnered with Vishal Jindal, an alumnus of IIT-Varanasi and Syracuse University, New York, to offer desi competition to the popular pizza, sushi and noodles.

The founders had one thing clear right from the beginning – they wanted to take biryani to a global platform.

“The idea was to create a global Indian food services company– through joint ventures internationally, with biryani and kebabs as primary offerings, explains Vishal

Co-founder and Director Vishal studied Finance and Economics from London School of Economics, before finding India-focused private equity fund Carpediem Capital Partners, which is also based in Gurugram. COO Ritesh Sinha and Kaushik have been ex-employees before.

"Both the biryani category and food delivery have enormous potential and BBK is at the vantage point to expand both and create a worldwide Food Services Company from India,” Vishal adds.

Kerala's spices in each pot

The biggest challenge of the founders was maintaining quality while being able to deliver freshly cooked biryani to each customer. To overcome this, the founders source spices from vendors in Kerala and these are then carefully mixed in specific quantities by VKL Seasonings, delivered in small pouches in two variants - one for a half kilo, one for one kilo, and sent to every outlet.

BBK sources its meat from vendors in Jaipur and uses its in-house butchery to maintain the quality of the meat. For the long-grained rice, the company has partnered with Daawat, which supplies two-year aged biryani rice to the company.

BBK maintains the consistency in flavours and taste by using Standard Operating Procedures, coupled with meticulous training of their staff and takes up to 90-minutes to deliver a fresh pot of biryani.

According to a report by Statista, the Indian F&B industry market size is estimated to be $46 billion in 2020. While there are several joints such as Behrouz, Bengaluru-based Potful, Nizam's, Parsa's and the the legendary Tunday Kebabi making their presence felt in the biryani section, what makes BBK stand out is their Khansama style of cooking where each batch of biryani is freshly cooked with rich ingredients, unlike other market players who cook in bulk and repackage their meals before selling.

Besides using its website and application to serve its customers, BBK is also available on Zomato, Uber Eats and Swiggy. Major clients include American Express, Ernst & Young. and Lufthansa Airlines.

With its highest average order value at around Rs 1,000, BBK receives more than 75 percent of its orders online. Starting from Rs 590 for a kilo, BBK offers biryani in three variations - Hyderabadi (Kutchi), Lucknowi (Pukki) and Kolkata.

With 11 outlets in Delhi & NCR, one in Mumbai and a dine-in outlet in Chandigarh, Biryani By Kilo earns a month-to-month revenue of more than Rs 3 crore.

Delivering freshly made biryani within 90 minutes requires BBK to employ a large number of helpers and large kitchens as well. With 500 people working towards cooking and delivering biryani, the setup and maintenance cost is 20 to 30 percent of the revenue.

Initially bootstrapped, BBK received angel investment of up to $2 million. "BBK is funded by a group of marquee investors led by Ajay Relan, Founder & Chairman CX Partners," says Vishal. The foodtech startup is set to raise a Series A round in a few months.

BBK sources its handis from Kumhaara Gram on the outskirts of Delhi. "It cuts out middlemen and provides sustainable employment to craftsmen and artisans," Vishal explains.

What's on the menu?

BBK is targeting Rs 100 crore revenue in the next two years and a healthy bottom line. According to the founders, BBK is all set to reach Rs 500 crore in the next four to five years by expanding into international markets.