Why India’s startup community should look towards the EU market 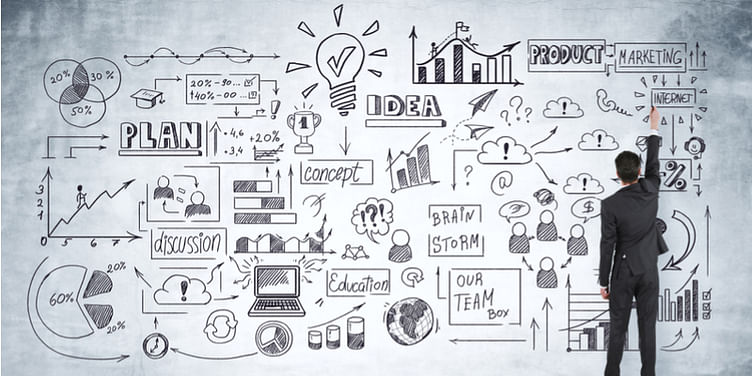 With an estimated 500 million people, the European market has a huge demand for innovative tech-based solutions, especially in the field of travel and hospitality, e-commerce and B2B.

StartupBlink — a global startup ecosystem map — has ranked India at 37 out of 125 countries in the worldwide startup ecosystem in 2017. The ranking is a reflection of the major strides India has made in creating and developing a sustainable environment for the growth and prosperity of a thriving startup community.

Over the last decade, Indian startups have been supported and nurtured by governments both at the Centre and in the states. This has resulted in the creation of a vast pool of corporates across multiple domains such as financial services, travel and hospitality, e-commerce and so on. These startups have successfully demonstrated how technology can be an enabler to meet the specific requirements of a country of over a billion people.

During these 10 years, the startup community saw a surge in both investment and consumption demand. Entrepreneurs constantly strived to develop innovative products and services across sectors — from health to logistics, fintech to travel, and consumer service to artificial intelligence and big data. So far these unicorns, or privately held start-up companies valued at over $1 billion, have catered mainly to the domestic market.

This raises the question: should desi startups continue to focus on India?

India has made rapid progress in building state-of-the-art indigenous technologies, which, coupled with its strong human capital base, has resulted in the creation of a plethora of tech-based products. Many of these products are not only innovative but also unparalleled in the world.

Emerging companies have been quick to realise this potential. Many startups, in pursuit of their next phase of growth, are already venturing beyond the domestic market and establishing their footprints in other geographies. The preferred destinations are countries in Southeast Asia, the Middle East and Australia. While these regions are home to some of the fastest growing economies in the world with immense growth potential, another equally attractive investment destination is the European Union, or EU, and northeastern Europe in particular.

A partnership that stands the test of time

The EU is India’s largest trading partner, accounting for over 13 percent of our overall trade, ahead of both China (11.6 percent) and the US (9.6 percent). Last year, trade between India and the 28-member bloc stood at €85.8 billion. In fact, so strong is the collaboration between the two trading partners that the German Ambassador to India, Martin Ney, called for a resumption of EU-India free trade agreement talks. This exemplifies the deep-rooted friendship and trust existing between the two giant partners. Such an environment is critical for sustaining relations and inviting Indian startups to look towards the EU.

With an estimated 500 million people, the European market has a huge demand for innovative tech-based solutions, especially in the field of travel and hospitality, e-commerce and B2B. Further, most Indian startups offer a superior value proposition as well as technological skills and solutions that are unmatched even among many of the European countries. Europe is also home to a large pool of local talent, which the startups can harness to create innovative products in various specialised fields such as artificial intelligence, big data and blockchain.

The European Union is also favourable for companies looking to raise funds. According to Invest Europe, European funds raised €6.4 billion in 2017. As per Ernst & Young, the continent now ranks at No.3 in terms of total venture capital invested, behind only the US and China. Moreover, multiple government-sponsored programmes support capital requirements across businesses.

In today’s era of digital disruption, it is no longer a requirement to have a physical presence in Europe for doing business in the continent. Technology has democratised the business environment. The Republic of Estonia ranked as the most entrepreneurial country in Europe by the World Economic Forum, has come up with one of the most innovative initiatives called e-Residency. Through e-Residency, an entrepreneur can conveniently operate his business in Estonia and across Europe while residing in his own country. The programme has been gaining critical acclaim among entrepreneurs across the world and especially in India. Indian entrepreneurs now can simply Make in India and Sell in Europe!

With several European countries expected to do well in the next two years, Indian startups would do well to turn their attention to the EU and, in particular, the high-growth economies that lie to its east, which offer a more cost-effective and business-friendly environment for Indian startups to grow.