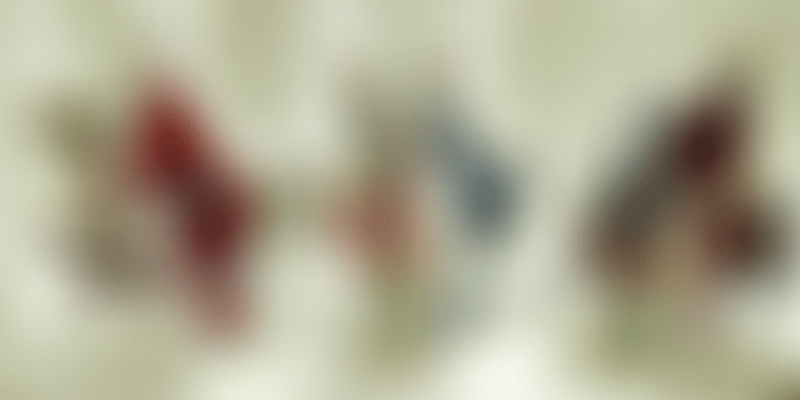 West and East blend beautifully in the works of Lladró figurines, as shown in the Christmas edition of our PhotoSparks photo essay.

Paragon Centre in Singapore is home to sparkling Christmas decorations this month, and special commemorative artworks at its galleries and studios, such as Lumas, White Space Art, Liuli and Lladró.

Art brand Lladró specialises in outstanding handcrafted porcelain figurines made in its factory in Valencia, Spain. See YourStory’s interview with Lladró CEO Ana Rodriguez here. The company’s first artworks were made in 1953 by three brothers, Juan, José and Vicente, who studied at the Valencia School of Arts and Crafts.

The themes of its artworks today are global, spanning Western, Indian and East Asian culture. There are brand stores in Indian cities such as Bengaluru and Chennai, and we feature works from the Singapore store in this photo showcase.

The artworks are made after detailed studies of local art sensibilities and have a strong aspirational appeal as well for a growing class of buyers in Asia. The choice of porcelain for luxury art elevates the material from functional to decorative medium.

Over the years, Lladró has perfected techniques such as single-firing, pastel tones, and new materials such as gres and matte porcelain. There are 32 different kinds of porcelain and 4,000 colours in use, and some works have up to 400 components.

Its international expansion began in 1965, and the Lladró Collectors' Society was founded in 1985, with more than 100,000 members. Stores in Asia were opened from 1986 onwards, in Japan, China, Singapore and India. India reportedly accounts for 7 percent of its total revenues for figurines, lighting, home accessories, decorative sculptures and jewellery.

The company has received a range of awards for internationalisation, brand management and design. As shown in this photo essay, the artworks span period scenes, fantasy themes, floral compositions, fauna, and spiritual idols, and appeal to art lovers from a wide variety of religions.

Now, what have you done during festive seasons to spread good cheer to all those around you, and push for a diverse, colourful and happy world?