What is the man behind Angry Birds' success building for Indian students? 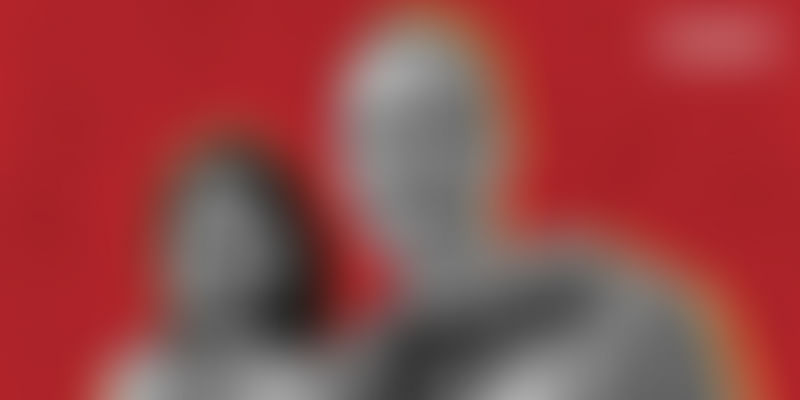 Finland is nearing a manpower shortage, and the country is now looking abroad to bridge this gap.

In April 2018, ‘Findia’ was incorporated in Helsinki. The venture focusses on collaboration between Finland and India to build an ecosystem for skill development on emerging technologies through skill camps and partnerships with educational institutions.

While Findia might have begun only this year, co-founders Gunjan Garg and Peter Vesterbacka conceptualised it in 2015, when the duo was working together at Rovio, the company that built the infamous Angry Birds game.

According to Gunjan, “Finland has always been the base for one of the best education ecosystems, innovation and has deep knowledge about tech. However, the country has a dearth of skilled individuals, which India currently possesses. On the other end, India is a young economy with a lot of room for innovation and disruption. Mutually complimenting, we thought of bridging these two gaps through this programme for us.”

From Angry Birds to education

In 2015 when Gunjan was helping Rovio to take Angry Birds to India, she realised that there was a lack of awareness around these ecosystems.

“Personally, I felt India lacks an education ecosystem, which can allow students to work and make a career in the field of disruptive technologies like AI, Blockchain with an entrepreneurial mindset. Initiatives like these were thriving in Finland and universities were focussing on relevant new age education around disruptive technologies. Hence, I wanted to take this to India and bridge the knowledge gap.”

The same year, she sought out Peter, the man who is best known for taking Angry Bird to the masses. At that time, he was also looking for newer opportunities in the education sector and was closely following the Asian market. With aligned interests, the two clicked and started ideating together.

Over 2016 and 2017, Gunjan moved away from Angry Birds and Rovio and began consulting with brands like Vodafone on their digital marketing strategy.

It was in 2017 when she and Peter revisited their idea and started to connect to the Indian ecosystem through a few business meetings.

During this time, they met Chandrababu Naidu, the Chief Minister of Andhra Pradesh, whose interest and readiness gave them the boost they needed.

Building bridges between Finland and India

Over the past few months, Findia has collaborated with several Finnish universities including the AI and robotics campuses at SAMK, based in Pori, entrepreneurship school HELBUS, and engineering university HAMK to create courses for India.

They also partnered with student mobility platform Edunation, which provides studying opportunities to Indian students, to take these courses in Finland.

In December 2018, the startup signed a MoU with Andhra Pradesh’s Innovation Society (APIS), where the latter will attempt to bridge the ecosystem gap between Europe and India by acting as a launchpad for Indian startups and corporations to Finland. It is also in talks to collaborate with four other Indian institutions.

At present, Findia has closer to 10 partnerships - five each in India and Finland. Gunjan remarks, “We are looking to have 30 more partnerships next year, which will be crucial for us.”

The startup runs three basic programs - skill development through summer schools, AI university as well as an “Excellence of Happiness” that is to train students in soft skills to create a balanced mindset.

The summer school runs over a course of 8 weeks with a mix of online and offline models. At the end of the course, students get 20 ECTS (credits given by European universities), which can be utilised if they choose to further their education in Europe.

Gunjan says these 20 credits are almost equivalent to a semester in Europe as 30 credits equal a full semester.

Until now, Findia has conducted pilots with 500 students in Andhra Pradesh around gaming skill development. However, in future, it is looking to take this number to 15,000 across 30 institutions in AI, IoT, gaming, ethical hacking, cybersecurity, drone technology, etc.

It is also building an AI entrepreneurship university in AP along with the help of Dr Pramath Sinha, who is on the Founder of Asoka University and the Founding Dean of Indian School of Business.

“The AI University will be starting with an intake of 1,000 students and will be focussed on entrepreneurship and AI technology to ensure upcoming founders in the field of AI,” explains Gunjan.

The university is expected to be accredited as an Indian university with a UGC certification. Further, the course will be in collaboration with tutors from Finnish universities.

The company charges a course fee that starts from 250 euros or Rs 16,500. However, this is subjective to partnerships with the host university.