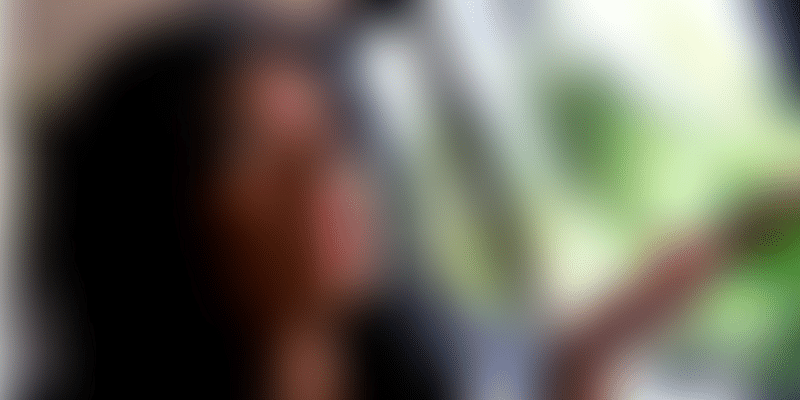 Singer-composer Sawan Dutta started The Metronome channel on YouTube to share her life, favourite food, and travels. But it’s her song recipes like Machher Jhol that made her viral.

Want to make Bengali Machher Jhol or Kerala Mutta Roast? YouTube channel The Metronome can tell you how. But with a twist!

This singing blog by singer-songwriter Sawan Dutta plays on your gastronomic tendencies on high notes. Sawan sings as she takes you through each recipe, high on rhyme and reason with a dash of Bengaliness thrown in for good measure.

But it’s not all recipes, though the singing is a common theme - whether it’s with her Bengali aunty series, An Ode to Boroline, An Ode to Calcutta - or a number of stories reminiscent of the quirks of being a Bengali (or not).

It’s interesting to note that Sawan studied to become an architect and even practised as one for a few years before turning to music professionally. As a composer, music producer, songwriter, and vocalist, she believes music is architecture, defrosted.

However, the idea of becoming a vlogger and starting The Metronome did not come quite by accident, as most viral stories go. Sawan had spent two years working really hard on the soundtrack of two Bollywood feature films - one of which was supposed to star one of the industry’s biggest heroes, and the other was a musical infused with special effects. As luck would have it, both films fell through - one because the superstar walked out of the project, and the other because the production house dissolved due to internal problems.

“I was left with the frustrating, heartbreaking knowledge that I had just wasted two years of my life working my butt off, creating some really cool music, that would now never get heard by anyone! I guess The Metronome started as a sort of rebound thing - I wanted to create my own songs for myself, which would get heard and judged for their own worth, not because of any association with a brand or a film or a star or a media house. I wanted to pursue some crazy musical ideas that no commercial client would ever ask me to do. And that's how it all started,” she says.

And thus, The Metronome came into being and impressed the internet.

A major feature of The Metronome is Sawan’s quirky take on Bengaliness. The Bengali Aunty character is a hoot and all this, she says, is based on subconscious personal experiences.

“I have lost count of how many Bengali aunties and uncles I must have encountered, from each of whom I’ve borrowed little quirks here and there. At some level, I’ve managed to internalise it so deeply that I don’t have to think too hard to get into Bengali Aunty’s (the character) skin.”

“My audience started asking for more and more singing recipes - it’s something which has not been done ever before by anyone anywhere in the world, to the best of my knowledge and I guess the uniqueness appealed to my audience,” she says. What followed were singing recipes for Bengali dishes like Aloo Poshto, Kosha Mangsho, Jhalmuri, Shukto, a few Punjabi ones like Butter Chicken and Gajar ka Halwa and a Kerala introduction with the Mutta Egg Roast.

Sawan also dresses the part - saree and a big bindi for her Bengali dishes, salwar kameez for the Punjabi ones while she donned the Malayali off-white and gold saree for the Mutta Egg Roast.

The Metronome, Sawan is quick to emphasise, is not just about the song recipes even if those are the ones that made the channel viral.

“I post song recipes partly because of my audience and their requests, and partly because the recipes are the ones I personally feel like sharing since at the core of it, The Metronome is first and foremost a personal journey.”

Is she a good cook? Sawan is amused by this question and laughs out loud. “On the rare days I cook, I've been told that I am - though I don't really cook that often. I'm not sure whether I'd call cooking a passion really - music is a passion, much much more so than cooking, which is more of a stress buster for me really,” she says.

Her inspirations for the vlogs are many and varied. “I could say different days, different inspirations. For instance, one of my vlogs, Dirty Beach, was inspired by one of the greatest humans I've ever met - Afroz Shah, who spearheaded the Versova Beach Cleaning Project. I worked with him and his team for many weeks and created a Metronome vlog out of my experiences.”

The Metronome completes three years in April and Sawan definitely plans to continue “as long as my audience continues to want more of my posts’. “There is already a microvlogging series called Bengali Aunty's Travel Diary, which is a subsection within The Metronome, where Bengali Aunty sings about her crazy adventures across the world in small musical segments. I may expand/branch out into newer territory, depending on how things shape up - at the moment I have a completely open mind and I'm totally open to experimentation,” she adds.

So next time, you feeling like whipping up an authentic Kosha Mangsho or a scrumptious Gajar ka Halwa, just sing along with Sawan.

For all rhyme and no reason. Just for fun.