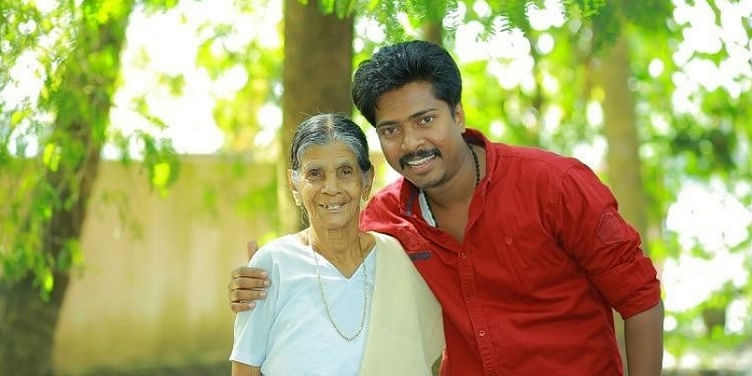 Kerala-based Marry Joseph Mampilly has bagged a role in a Malayalam movie after her Tik Tok videos went viral on social media platforms.

Marry Joseph Mampilly (85) from North Paravur, Ernakulam, Kerala has suddenly shot to fame. She bagged a role in an upcoming Malayalam movie, thanks to her Tik Tok videos.

Tik Tok app enables people from across the world to make and upload creative videos.

Mampilly’s grandson Jinson, a safety officer in the Middle East, used to constantly upload Tik Tok videos featuring her acting chops. The videos, with Mampilly’s bucktooth smile and simple answers to life issues, caught the attention of film editor Binshad Nazer. She will now be cast in the lead role in Nazer’s first film ‘Sundaran Subash’.

In an interview with The News Minute, the editor said,

In the movie, we have a character called Ammumma, a 90-year-old on whom the story is based. We were planning to cast someone from the industry, but after seeing these videos, we decided it should be her. The videos have a certain quality.

Mampilly's grandson will also portray a limited time character in the movie. Interestingly, the duo began their Tik Tok debut during their stay at one of the relief camps during Kerala floods, where Jinson helped to hone her acting skills.

In a conversation with India Head news, Mampilly said,

“My grandchildren were very disappointed saying they did not have many likes and followers on Tik Tok. Then, I started to do videos with them, and we got 25,000 likes for the first video. I also became very interested in doing Tik Tok videos. Now, we have done over 27 videos, and one of my videos got over 1.57 lakh likes.”

Jinson says that his grandma is quite happy. He added,

“Maybe, she’s always had it in her and no one knew it. She was always game for the videos we shot, and no stage fear, no shyness of a first-timer. At first, we did Dubsmash videos - she, my brother, and I. Then, we thought it could be our own lines that we speak. It could be the jokes that are popular in our village, or could be something preachy.”