Meet Vivek Tankha, the man on a mission to bring quality healthcare to rural Madhya Pradesh 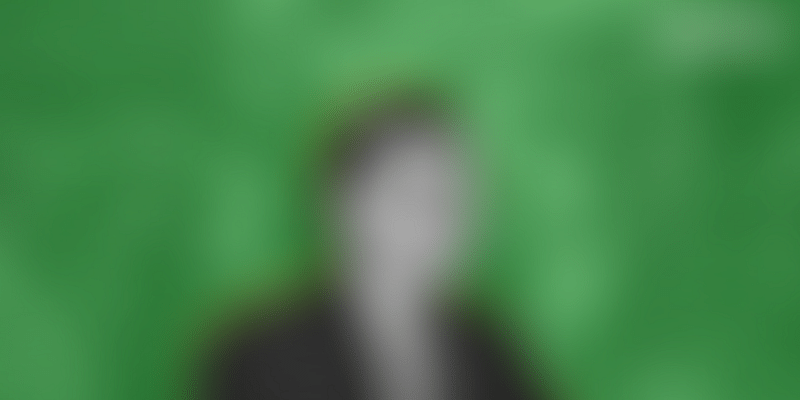 The former Additional Solicitor General of India and current Member of Parliament is working with organisations to take steps to address the infant mortality rate and the serious lack of medical facilities in the rural parts of his constituency.

It had perhaps been 20 years since a smile had appeared on Charan Lal Yadav’s face. The 80-year-old from Devgawa hamlet near Katangi town in southern Madhya Pradesh had been suffering from sore eyes and hearing problems for decades. As his village lacked medical facilities, he had to resort to home remedies. However, after years of waiting, he met an ENT surgeon at the RAHAT healthcare camp organised by the Rotary Club of Jabalpur at his village last year.

“My eyes water continuously and I keep hearing a ringing sound in my ear. The doctors have given me medicines and asked me to visit them at the government hospital after a month,” he says. He is now hopeful of getting some relief.

In the dry terrain of Katangi villagers travel for hours to get to the city just to get access to adequate healthcare facilities. With a population of over 15,000, low incomes push the native community, primarily comprising farmers, to seek out medical help at unhygienic makeshift community health centres. Further, the high fluoride content in the groundwater has had an adverse effect on the health of the people, who often complain of arthritis and dental issues.

The town’s issues in accessing healthcare came to the notice of Vivek Tankha, former Additional Solicitor General of India and Member of Parliament.

“Given their distance from the city, these areas may or may not have a medical centre. Some of the medical centres that I have seen in Madhya Pradesh are only able to provide primary medical facilities. In the case of major health issues, these people have to depend on city hospitals. In case of an emergency like an accident, they are left vulnerable. Travelling to the city for treatment is a task for these people since the expenses for travel and medicines are unaffordable, hence they opt to ignore their health complaints,” he says.

And so the Rajya Sabha MP decided to join hands with Rotary’s Active Hands Are Touching (RAHAT) to provide free medical examination, dental procedures, and surgeries to the areas with limited access to healthcare. The Rotary Club’s flagship public-private partnership-based healthcare initiative launched an annual week-long medical camp in 2010. The initiative is spread across Madhya Pradesh, Vivek’s home state, and has impacted over 4 lakh individuals till date.

“About 73 percent of Madhya Pradesh lives in rural areas. And here, 339 of 632 posts, around half, for gynaecologists and paediatricians are vacant. Our rate is worse than that of Rwanda’s, which has an IMR of 33, Ethiopia’s, which has 43, and Zambia’s, which has 45,” Vivek says.

Over the years, Vivek has undertaken several measures through collaborations with international organisations. In 2010, he organised Rotary World’s first health Mission, RAHAT-1, at Mandla in the state. The camp addressed medical needs of 49, 634 tribal patients, and performed approximately 4,600 surgeries and procedures in a period of seven days.

“Rahat has proved itself to be one of the worthiest public/private partnership programs of Rotary in the health sector,” he shares.

Encouraged by the response, the second health mission, RAHAT-II, was launched in Chhindwara district. The camp was flocked by over 72,000 tribal/rural patients, and this time, 1,496 major surgeries, and 4,100 primary surgeries or medical procedures were undertaken by the team. This soon this became an annual event where a group of 24 doctors and surgeons, nine volunteers, and four medical assistants would visit small towns and provide medical assistance to the underprivileged for free. Follow-ups were advocated, and the patients were provided with free food and transportation facilities.

To empower people with disabilities, Vivek set up the Justice Tankha Memorial Rotary Institute for Special Children in 1997 in Jabalpur. The institution for special children provided educational, cultural, therapeutic, and vocational facilities for children who are hearing impaired, have mental retardation and cerebral palsy, or have autism. The trust has also set up five blood banks in Jabalpur, Narsinghpur, Chhindwara and Mandla.

Medical camps are essential to provide relief to the economically poorer communities and provide assistance to fight immediate diseases like dengue and chikungunya. Given the scale of the problems related to healthcare infrastructure and accessibility in rural areas, these free camps with medical professional need to complement the government schemes to create a large-scale impact.

“Through Rahat we need to reach the last person waiting for succor. It is both a mission and an opportunity to serve humanity,” he concludes.