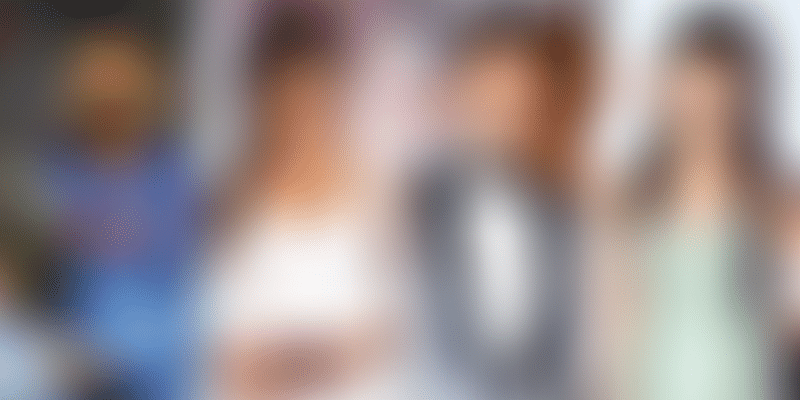 Celebrities are more than just brand ambassadors today. With strategic partnerships and key investments in startups, they are becoming part of India’s entrepreneurial ecosystem and leveraging it for personal brand-building.

Bollywood and sports have always been India’s go-to when it comes to advertising. Now, celebrities from both fields are opting to align with India’s booming startup ecosystem. Be it Alia Bhatt, Ranveer Singh, Janhvi Kapoor, Shah Rukh Khan, or Priyanka Chopra, the star power in the startup world continues to grow.

After all, it’s not without reason that India is recognised as one of the leading startup hubs of the world. With more than 7,000 players operating across different sectors and around 26 companies holding the coveted “unicorn” status – and 5 more on the way, according to CB Insights – the country is poised to add new feathers to its entrepreneurial ecosystem!

No wonder the surge in astute celebrities backing startups. The latest to join this bandwagon is Indian cricket skipper Virat Kohli. The heartthrob batsman was recently signed as brand ambassador by eSports platform Mobile Premier League (MPL). As the face of the fast-growing platform, Kolhi will be part of a series of multi-channel marketing and promotional activities for the brand.

The Indian Cricket team captain, after forging the partnership with the esports platform, said,

“eSports brings people together and breaks barriers of age and region, often empowering and encouraging those who play it. I am extremely happy to associate with an exciting young brand like MPL, that is making mobile eSports so accessible to Indians across the country,” he added.

It’s not difficult to see why a young brand like MPL would have someone like Virat Kohli represent the brand. Not only does the endorsement allow for more visibility but it also makes it a talking point among youngsters, for whom a national figure like Kohli is nothing less than a youth icon, a role model.

“Virat is an inspiration to many Indians, young and old,” explains Sai Srinivas Kiran, CEO and Co-Founder, Mobile Premier League. “His focus and dedication to developing his skills as a sportsperson and the never-say-die attitude he brings to everything that he does have resonated well with fans around the world and with our brand.”

This holds true for the hundreds of other up-and-coming brands as well, who have had support from some highly sought-after celebrities either for endorsement or as influential investors. Here’s a list of the top celebs associated with India’s startup ecosystem.

Alia Bhatt with StyleCracker, Uber Eats, and Make My Trip

Actors dabbling in business alongside entertainment is nothing new, but Alia Bhat has surely set an example by starting early. The 25-year-old actor already has a minority stake in Mumbai-based fashiontech startup StyleCracker, and is also the face of two other popular brands, MakeMyTrip and Uber Eats.

With StyleCracker, Alia joined the long list of Bollywood celebrities who turned investors. Founded in 2015 by Dhimaan Shah and Archana Walavalkar, the company operates like a personal style concierge, curating and personalising boxes with apparel, accessories, beauty, and footwear. It was this element of personalisation that got Alia interested in StyleCracker.

Not so long ago, serial entrepreneur and media veteran Ronnie Screwvala’s online education venture upGrad introduced Bollywood heartthrob Vicky Kaushal as the face of their brand new TVC. The commercial, timed around the actor’s recent box-office success with films like Uri and Raazi, instantly grabbed attention and became a talking point on social media.

It’s not much of a surprise, though, that the brain behind upGrad would rope in such a bankable actor.

The startup, which recently acquired Acadview, is focused on the need for upskilling and online education for professionals, and through the association with the Uri actor, Ronnie hopes to “increase our reach and create a deeper connect across geographies”.

If you were curious seeing newbie Janhvi Kapoor on the site of online beauty retailer Nykaa, let’s put it out there: the actor has been signed up as the brand ambassador of Nykaa Cosmetics, the ecommerce portal’s very own makeup line. Just one-film-old in showbiz, this is Janhvi’s first major endorsement. She is also the first brand ambassador to represent Falguni Nayar’s beauty and cosmetics brand, founded in 2012.

Although Nykaa has worked with social media influencers like Mallika Dua and other popular makeup artists in the past, with Janhvi, the brand hopes to forge an independent identity. It clearly doesn’t hurt to put a refreshing face at the front and centre of all the action.

What does a star bring to a startup? A very simple question, the answer to which may not be all that simple. Sometimes a celebrity bets his image and reputation on a particular brand, and sometimes it is their expertise.

The meet-up resulted in the foundation of the Bhaichung Bhutia Football Schools (BBFS) in August 2010. Today, BBFS provides a platform to nurture talent through an end-to-end tech platform that monitors real-time progress based on data analytics.

With two major investments in tech startups, Priyanka Chopra has joined the ranks of Hollywood celebrities like Ashton Kutcher and Leonardo DiCaprio. But PeeCee is not going to be just another name on the tech bandwagon.

In her own words: “it’s not about that”. Instead her investments (if not all, most) are and will be in favour of companies founded by women and with a certain social impact.

The actor-turned entrepreneur started off this new chapter in her career with two major partnerships last year – dating and social media app Bumble and coding education company Holberton School. With Bumble, the actor has been pulling out all the stops, playing an instrumental role in promoting the app in India with Founder and CEO Whitney Wolfe Herd.

Celebrities cannot actually make people buy from a certain brand - BigBasket founder and CEO Hari Menon will testify to this – but they can certainly bring in unmatched visibility with their endorsement. And if the star is as well recognised and marketable as Shah Rukh Khan, rest assured the startup is bound to make waves.

For the longest time, SRK has been the face of behemoth brands across the world, but with his partnership with online grocery portal BigBasket, food delivery platform Foodpanda, and edtech startup Byju’s, the king of marketing has now entered the startup space.

More and more celebrities, actors, sportspersons, or otherwise, seem to be choosing to flaunt their flair for business and personal brand-building with startups. Win-win for both, after all.

Also read: How BigBasket drove the grocery ecommerce business before it became a buzzword