Creativity applies to all fields, not just to the arts: Asish Kumar Das, bronze sculptor 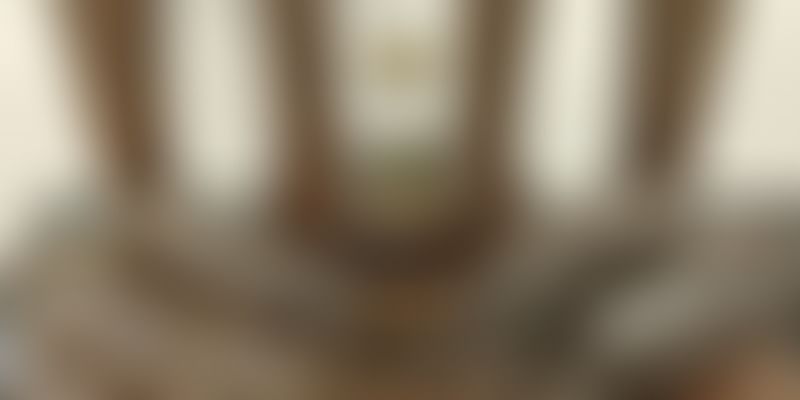 Gallery Time and Space in Bengaluru is featuring an exhibition titled Meraki. In this interview, sculptor Asish Kumar Das shares insights on his creative process, and how creativity applies to all fields.

The works of Vadodara-based sculptor Asish Kumar Das are on display this month at Gallery Time and Space in Bengaluru. Priced in the range of Rs 2 lakh to Rs 10 lakh, the exhibits show a blend of human and animal figurines, while also offering commentary on environmental and social issues.

“Creativity is in all professions and occupations, not just in the arts. Even a seemingly dry field like IT can have creative expression, not just paintings and drawings,” Asish explains, in a chat with YourStory.

“I try to capture inner conflicts that lie below outer forms,” he adds. A sculpture showing a branch as a monkey’s tail conveys the importance of reforestation, he explains, as rapid destruction of jungle cover threatens India’s wildlife diversity. The figure of a woman sitting on the back of a lion, which itself has the face of a woman reflects the true roles and powers of women in society, he adds.

The bronze casts are made in multiple stages, and some have elements of gold colouring as well, showing the influence of his background from a family of goldsmiths. Human aspirations for equality, the need for environmental conservation, and even the desire to fly are reflected in the sculptures, Asish explains.

His works have been featured in galleries across India, as well as overseas venues like the Canadian Museum of Civilisation in Toronto. Asish has also created custom sculptures for Indian corporates like Reliance Industries, RPG, Unichem India, Raymond, Nicholas Piramal, Yes Bank, and Arvind Mills. He has his own studio and gallery in Vadodara.

The 56-year-old artist has created over 250 sculptures over the years. His current exhibition is evocatively titled Meraki, which in Greek means to leave a piece of yourself in your work. “Nature and the everyday grind of life have affected me, and that shows in my work,” Asish says. Humans are capable of doing much more than they currently do, if only they unleash and act on their imagination.

“Success for an artist comes not just from money but connecting to the audience. Artists should not just take from society but give back to society,” Asish says, as advice to aspiring artists. Giving back to society can involve conveying important messages about change, or even something as simple as giving them pleasure for 10 minutes, or relaxation from their busy lives and problems.

“Creativity connects art and science. You can do justice in each and every field if you have creativity,” Asish says, as a message to audiences. “If you have imagination, give it wings,” he signs off, explaining the connotation behind some of his winged sculptures.

Now, what have you done today to take a step back from your busy life and see how you can add elements of creativity and perspective?

Also read: ‘The heart and mind are the true lens of the camera’ – 200 inspiring quotes on World Photography Day