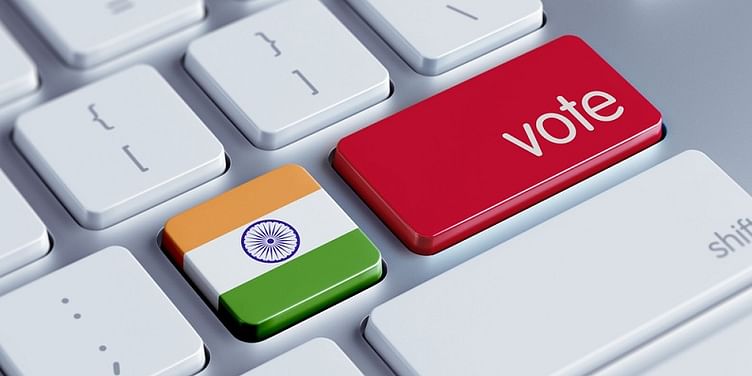 As voting closed in 117 constituencies in the biggest of the seven phases of polling, we take a look at the day's highlights.

India voted for the highest number of Lok Sabha seats today (117) in the third of the seven-phase elections underway in the world’s largest democracy. With this, the fate of 302 MPs (out of a total of 543) across 13 states and two Union Territories has been decided, though results will be out only on May 23.

As voting drew to a close, the turnout ranged from a stellar 79 percent in West Bengal to a dismal (but expected) 13 percent in Jammu and Kashmir. Rounding off the top three were Assam and Tripura (78.3 percent each). Note that in some states, several constituencies will vote in the upcoming phases.

Overall voter turnout stood at 62.87 percent as of 6.00 pm, as per the website of the Election Commission of India. This was much lower than the 69 percent recorded in the first two phases.

Here’s a quick look at the day’s highlights.

“The power of the voter ID is much more than IED of terrorism,” made headlines as he urged people to come out and exercise their franchise. Former Prime Minister Dr Manmohan Singh was the other star voter today, casting his vote at a polling booth in Dispur, Assam.

Last week, we wrote about how startups and entrepreneurs have been doing their bit this election season, encouraging people to come out and vote.

As the third phase unfolded, MTV too joined forces with a campaign encouraging India’s youth to cast their vote. Titled #VoteBeacauseYouCan, the campaign showcased young people from around the world who do not have the power to vote.

No doubt a conversation starter, MTV was somewhat eclipsed when it came to stirring up a frenzy on social media. Indian Twitter had a field day after Bollywood actor Sunny Deol announced his plans to join BJP today.

From "dhai kilo ka haath of BJP” to “Sunny Deol for groundwater minister,” there has been no dearth of memes across social media. Here's one until the next round: three down, four to go.

From Braille ballots to pick-up and drop facilities, how 2019 Lok Sabha elections are all about inclusion