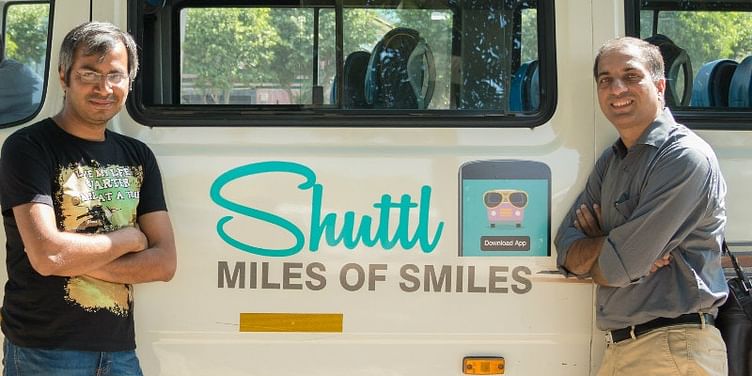 The round comes at the time when Shuttl's competitor Bengaluru-based ZipGo is reportedly suspending its operations across all the cities, firing about 60 people.

Gurugram-based Super Highway Labs, which runs and owns bus aggregator platform Shuttl, has raised a part of its Series B funding of Rs 41 crore from a clutch of investors led by Proof.VC, according to Shuttl’s filings with the Registrar of Companies (RoC).

The round comes at the time when Shuttl's competitor Bengaluru-based ZipGo is reportedly suspending its operations across all the cities, firing about 60 people.

Shuttl seems to be on funding spree as this infusion comes just after a month of it raising Rs 49.99 crore from Sequoia Capital India, SCI investments, Lightspeed India Partners invested, and Times Internet, in the last week of March.

Started by Amit Singh and Deepanshu Malviya in late 2014, Shuttl, as of last year, was offering close to 45,000 rides a day with over 700 buses and 150 routes in seven cities across the country. The service is available through a mobile app. There are three steps to book the service: open an account on the app, pick a boarding and drop point and time of commencement, and get your ride pass.

The subscription model charges a customer between Rs 1,800 and Rs 2,000 for a monthly pass of 20, 30, and 40 rides in a month. Drivers are paid for every trip they make, with an average payment of Rs 5,000 for two trips. Irrespective of the number of trips a customer makes, the driver is paid, and so are commissions.