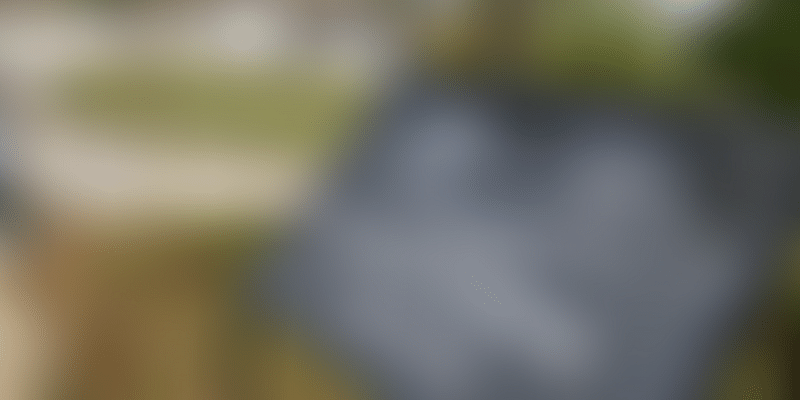 The Ramanujan Math Park is one of the many attractions of this campus, and shows how education can be re-designed via playful, meaningful, and impactful interactions.

The Agastya International Foundation (AIF) was founded in Bengaluru in 1999 to help create a “nation of creators, innovators, and solution seekers who are humane, anchored and connected” (see our interview with founder Ramji Raghavan here). Its education principles are evocatively described as curiosity (Aah!), creativity (Aha!) and confidence (Ha-Ha!).

On invitation by the Pramartha Foundation, launched by actuarian Mahidhara Davangere, YourStory had the opportunity to visit the 172-acre Agastya Creative Campus near Kuppam, Andhra Pradesh. The learning of subjects like maths is made interactive, immersive, and inspirational through a combination of outdoor installations and indoor activities. The campus hosts the Ramanujan Math Park as well as labs for design, innovation, art, bio-sciences, and entrepreneurship, as shown in this photo essay (also see Part II of our coverage here).

“One of the objectives and focuses of Ramanujan Math Park is to provoke greater engagement with mathematics and to make students understand the fundamentals in math. This is achieved using interactive hands-on approaches through exhibits that demonstrate connections between math and other fields like architecture, music, art, physics, engineering, and technology,” explains programme director Manasa Guttu, in a chat with YourStory.

She has been with AIF for two years, and joined after visiting one of the Agastya science centres in Nizamabad. “I was impressed with their method of teaching, and joined them after graduation. I am always excited with Agastya’s unique method of teaching based on hands-on experiential learning, which I did not experience during my school days,” she says.

“Maths is regarded as a nightmare by many students. Most people even wonder how math can be hands on,” Manasa explains. Students and teachers visiting from nearby schools like installations such as the platonic solids and power of power (board game based on the doubling of rice grains), as well as the interactive touch screens for math concepts and games.

Some students become so good that they are able to solve puzzles beyond their normal levels, Manasa observes. A girl could even recall the value of pi to 46 decimal places.

Teachers from nearby government schools have taken the learnings from some of the workshops and implemented them in classroom teaching.

“Teachers, parents, volunteers, government officials, and industry representatives can get involved in activities at the Math Park, which provokes greater engagement between larger communities, discussion and exchange of ideas, and prototyping of creative models to improve the method of teaching,” Manasa explains.

The Ramanujan Math Park installations include many magic squares like the Melancholia Magic Square, Lo Shu, Bhaskaracharya, and Ramanujan Magic square (based on his birthdate). “We are exploring more higher-order magic squares, such as the one in Parshvanath temple,” says Manasa.

“Students were amazed when they learnt that they could create their own magic square using their date of birth, and find magic sums in each square. They could verify with peers if their magic sums are similar. Such interactive and group learning spurs curiosity, creativity and validation, Manasa signs off.

Now, what have you done today to explore the art and design all around you, and find ways to inject wonder into education and work?

Also read: Maths is fun: Google and the Museum of Mathematics in New York city!