From Innovation Studio to Mobile Science Labs: how this foundation is transforming education at scale 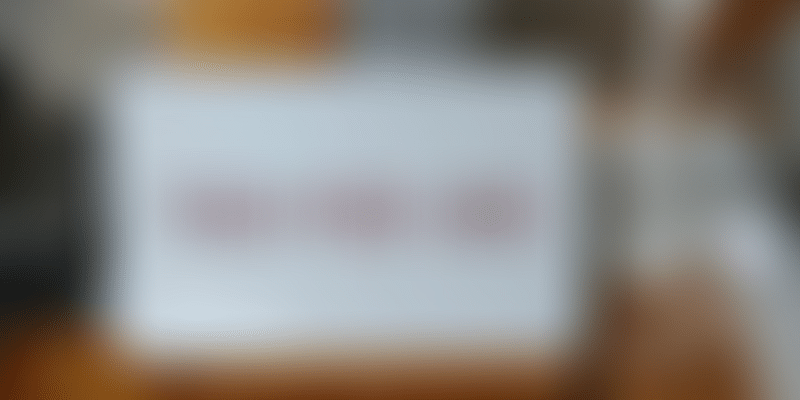 The world’s largest hands-on, mobile science programme is right here in India, run by the Agastya International Foundation. In addition to the Ramanujan Math Park, the foundation also runs an Innovation Studio and Arts Centre, as showcased in this photo essay.

In addition to the labs on the 172-acre Agastya Creative Campus near Kuppam, Andhra Pradesh, AIF has over 220 mobile science labs in vans and mini-labs on motorcycles that have travelled across 19 states in India. Its education principles are evocatively described as curiosity (Aah!), creativity (Aha!) and confidence (Ha-Ha!).

Creativity reveals itself in the design of the Ramanujan Math Park (see Part I of our photo essay here), as well in the Innovation Hub, Design Studio, Art Centre, and installations across the sprawling campus. The Ramanujan Math Park was made possible by a grant from Indian mathematician Sujatha Ramdorai and SBI - MF. Sujatha and VSS Sastry helped to conceive the park, with inputs from Agastya; Sastry is an award-winning origamist and mathematician.

Sustainability via recycling and upcycling of materials is another cross-cutting theme on campus, as seen in the student art works featured in this photo essay. The Innovation Hub showcases student projects, and includes facilities such as 3D printers and laser cutters. Mentors and designers assist the school students in ideation and prototyping workshops.

“This year we will be expanding on the Bio Discovery Centre at the campus. We will be adding two more buildings with more areas of biology being covered,” says KV Sai Chandrasekhar, Head of Operations at Agastya Creative Campus, in a chat with YourStory. There are also plans to start a Tinkering Lab for slightly senior children as an extension of the Innovation Hub.

“We will be focusing on promoting self-learning in our early learning programme. There are a few others in the planning stage as well: electronics, aviation and design poetics,” Sai adds. Programmes will also be launched in Sikkim, Assam and West Bengal this year.

Sai lists a number of ways in which corporates are assisting AIF: funding through their CSR budgets, capacity-building of employees through training programmes, volunteering activities at schools, providing internship programmes, and spreading the network through referrals.

The Math Lab is developing activity based learning sessions for every topic for grades 6-9, explains Padmanabhan Kumar, General Manager. There will also be origami workshops for children and origami displays around the campus. “We are always looking for the mathematical genius in a child,” he adds.

About 7,000 - 9,000 children visit the math lab and park each year. “Some children have expressed being less scared of numbers and maths in general. We have observed that they have been able to retain and recollect what they did and learnt for longer periods of time,” Padmanabhan says.

He adds that the campus is open to feedback from visiting subject matter experts and skilled pedagogists, developing session plans for new topics, training the trainers, and nurturing any identified genius by providing further guidance and support.

“We also encourage urban students to visit our campus. This helps them to build empathy as they rub shoulders with their less-privileged rural brethren. It's a two-way street that benefits both,” Ramji Raghavan adds.

Ramji highlights five discovery skills identified by a Harvard study and captured in the book, The Innovator's DNA (see my book review here). These skills, which distinguish the greatest entrepreneurs in Silicon Valley, are: questioning, observing, experimenting, associating (connecting the dots) and networking.

“Agastya's mission focuses exactly on such discovery skills. So, through our hands-on pedagogy we are imparting the most valuable and rare entrepreneurship traits or skills to the bottom of the pyramid,” Ramji explains.

Delivery skills ultimately create the breakthroughs and innovative entrepreneurs. Such skills are also taught to school students through other initiatives like TiE Bangalore’s Young Entrepreneurs Programme (see my writeup here).

Another new initiative is Sarga Samvad with support from the Oberoi Family Foundation. It promotes creative dialogues with imaginative innovators from across the globe and India, and several outstanding innovators have visited the campus already. “Our aim through Sarga Samvad is to make Agastya one of the truly most innovative organisations of its kind in the world,” Ramji signs off, pointing to endorsement from UK-based CCE CEO Paul Collard as an example.

Now, what have you done today to pause in your busy schedule and see how you can creatively shape the next generation of innovators and makers of India?

Also read: Maths is fun: Google and the Museum of Mathematics in New York city!