Bengaluru is our biggest launch ever: Carl Pei, Founder of OnePlus 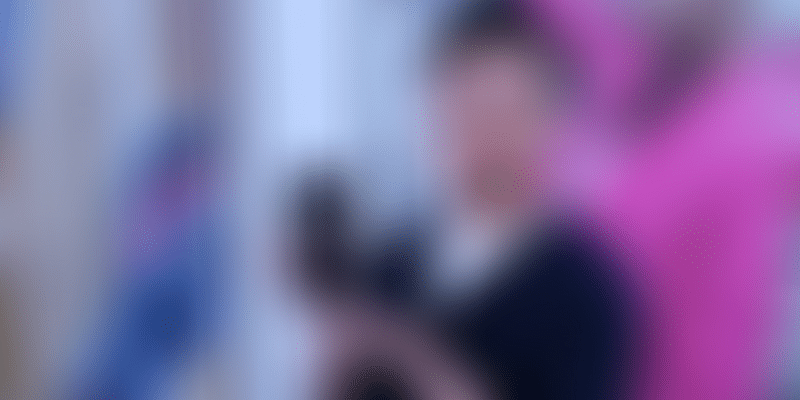 He came, he saw, he conquered. The first-ever launch of OnePlus in Bengaluru on May 14 by Founder Carl Pei was received with thundering applause.

As the 29-year-old Chinese entrepreneur took centre stage at the most sought-after launch party of OnePlus7 series mobile phones, he was probably anticipating this rousing welcome. “Bengaluru was where the OnePlus story first began,” he said addressing the ecstatic crowd.

“When we first launched the OnePlus One globally, we didn’t plan to launch in India. But there was tonnes of interest from here. So, we decided to come down and see for ourselves,” he said.

It always starts with coffee

The story goes that Carl Pei and his colleagues had a small meetup at Matteo Cafe close to Brigade Road in September 2014. They were surprised to see quite a crowd show up. “Most people present there already had the phone, we couldn’t believe it,” he said, adding that the support and enthusiasm later became pivotal to the launch in India.

“Ever since then, our Bengaluru OnePlus community has been asking for a phone launch here and we are here! And it is our biggest launch event ever.”

Since its launch in 2014, OnePlus has had a dream run in India. It won the title of the most recommended smartphone brand in the country last year, with more than 90 percent of the users rating their handsets four or higher on a scale of five when it came to ‘value for money’, a study by 91Mobiles revealed.

Moreover, the brand has also grown in terms of its sales in India. According to recent regulatory filings, the company's profits jumped three-fold to Rs 2.8 crore in 2017-18. Revenues increased as well, hitting Rs 150 crore from Rs 38 crore a year ago. (OnePlus is yet to file its 2018-19 financials.)

Dressed like a tech entrepreneur to the tee, Carl matched the enthusiasm of the crowd. Pointing towards them, he said, “Our community is our biggest critics. We have more than six million people in our OnePlus community globally.”

Namaskara Bengaluru! Looking forward to meeting you tomorrow at the launch of the #OnePlus7Series! 🙌 pic.twitter.com/H2mMjW5Ttr

There was a time in the early years of its launch when one could buy a OnePlus only by invite. Later, of course, it was exclusively available on Flipkart and Amazon. Today, OnePlus has a number of experience stores in India, including one in Bengaluru.

At the launch, the company announced that it will open its biggest OnePlus store spanning 16,000 square feet across six floors in Hyderabad soon.

“We are ready to challenge ourselves and share a breakthrough product with the world. OnePlus 7 Pro is a milestone in the history of OnePlus. We wanted to get every detail to be perfect,” Carl said launching the phones.

He added that OnePlus7 represents a breakthrough for OnePlus.

“We started OnePlus because we weren’t satisfied with the smartphones in the market, and we thought we could do better. We wanted to challenge the industry. And it hasn’t always been a smooth journey."

Referring to the run-in they had with policy restrictions in Europe, Carl said, “The idea was right that we saw something that wasn’t the best in the world and we tried to change it. It’s just that in the beginning, we weren’t always experienced. But we have set true to our motto of ‘Never Settle’.”

The OnePlus One had a C trademark logo (behind the phone), and the company felt it was too big and didn’t look good enough. Carl said he told the designers to redesign it and make it more elegant. Later, when they imported the devices in Europe they were blocked and had to rework them. “It turns out that we shouldn’t be reworking regulatory icons,” Carl added.

“But this time, we have taken a pragmatic approach with our heads still in the clouds and feet on the ground. We have taken our products and grew our people one step at a time. Our success is your success,” he said, pressing the right buttons with a crowd that was already sold to the OnePlus idea. The OnePlus 7 series launch was just an excuse to celebrate.

(With inputs from Thimmaya Poojary, Aishik Purkait, and Tarush Bhalla)

Also Read: All you need to know about the newly launched OnePlus 7 Pro and OnePlus 7