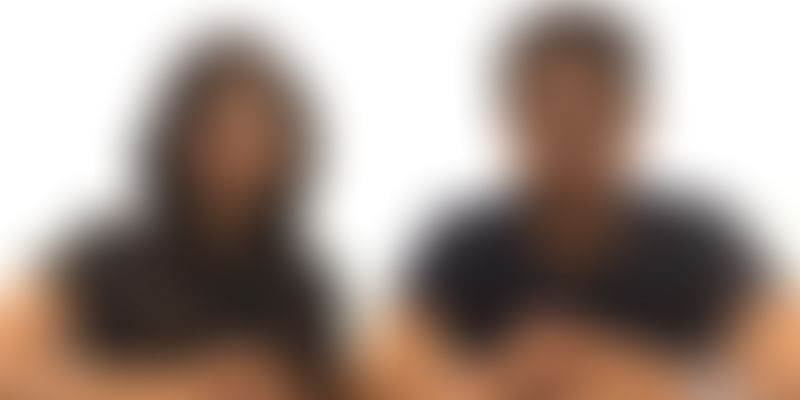 India sees a whopping 16 lakh new cases being filed every month. Delhi startup Lawyer24x's app aims to bring quick, reliable legal help and guidance to people, around the clock, at a low cost.

Just like the right doctor is key to getting the best treatment, finding the best lawyer is critical no matter what service you are looking for. Selecting the right attorney can be time consuming and difficult, but Delhi-based startup Lawyer24x wants to simplify this process.

Ashish Sharma, Co-founder of legal tech startup Lawyer24x, says, “We are creating a platform where, through our app, anyone can get instant legal help and guidance from lawyers.”

Once a user posts a legal query, three to four lawyer options pop up, complete with prices, years of experience, ratings, and reviews for each.

Diksha Lal, Co-founder of Lawyer24x, says: “After a question is posted, the chosen lawyer would get back with a response within 15 minutes.” The user can choose to remain anonymous, she adds.

After Ashish came back to India after a five-year stint as a consultant with the state of Florida, he wanted to contribute in the area of corporate social responsibility (CSR).

“I tried to learn more about the legality around CSR, but was hitting roadblocks. So I thought a lawyer could guide me. Finding the right lawyer was not a smooth process,” Ashish recalls. That was when he met Diksha, who is a lawyer, and they worked on a few projects together. They would make the process of investing in CSR initiatives simpler for companies “by eliminating middlemen who eat up funds”. Soon after,  the two realised that there was a need to make access to legal consultancy quick and easy, and decided to start Lawyer24x in October 2017.

Lawyers around the clock

Lawyer24x has one aim: to be the “Uber” for getting legal help. Services start from Rs 299 and go up to Rs 999, depending on the nature of the query. “The idea is to bring down legal consultancy cost to as low as possible,” Ashish adds.

The service will be available 24/7 with time slots assigned to batches of lawyers who have been carefully curated to take on queries at any time. The company would charge the lawyers a “small fee” in lieu of connecting them with clients, says Ashish. Customers can make payments through integrated mobile wallets such as Paytm.

In the next two months, the startup intends to roll out a new consumer-centric feature, where, once the database is populated, the founders are considering letting the app’s artificial intelligence (AI) algorithm offer users the option to pick ‘system advice’, alongside lawyer options. The system advice would be based on AI-driven data linked to how lawyers have typically responded to particular queries. This system advice would be at a discounted rate compared to lawyer rates, Diksha says, adding that initially it will be available in English and Hindi. The company plans to add other regional languages over a period of time.

Also read: This legal tech startup is helping people without money fund and fight their cases

The Lawyer24x app currently caters to lawyers and was launched in March 2018. In its present avatar, the app brings lawyers various clauses and sections of the Indian Penal Code (IPC) at their fingertips in offline mode.

Also read: Legal woes? Sail through with the help of these startups

“This is particularly handy because lawyers often have to run to the library, sift through books, or step out of the courtroom to do an online search for particular clauses and sections of the IPC, as high courts barely have any network,” says Diksha, citing her personal experience as an advocate.

The app has 25,000 sections covering all the clauses of the Indian legal system and is used by nearly 3,000 lawyers across the country, according to the startup. The reach within the lawyer community has been completely through word of mouth, Diksha adds.

The startup is currently bootstrapped with Diksha and Ashish’s personal savings, and the duo does not have any fundraising plans yet. Ashish, 28, a computer science graduate from North Dakota State University takes care of all things tech, while Diksha, 27, a law graduate from Indraprastha University, Delhi, brings her legal expertise on board. They hope that the company will break even by the end of 2019.

Also read: How legal tech is helping change the practice of law across the world

In terms of competition, Ashish says there is nothing else in India that is “instant and available at your fingertips”, like their product.

However, another Delhi-based startup, LawRato, operates in a similar domain, allowing users to reach out to lawyers via email, phone, video calling, and face-to-face meetings. On LawRato, users can post queries online, get them answered by lawyers, and book a consultant for a detailed opinion.

There are also other legal tech startups such as VakilSearch, NearLaw, Lawyered, Legal Desk, Nyaaya, and iProbono operating in India. According to venture capitalist database CB Insights, legal tech startups have raised over $700 million in funding since 2011.  The global legal tech AI market was valued at approximately $3,245 million in 2018 and is expected to touch $37,858 million by 2026, according to Zion Market Research. Reason enough for more and more startups to eye a piece of this pie and solve problems.

More than 3.3 crore cases are pending across Indian courts, with 16 lakh new cases being filed every month. Diksha hopes that legal tech startups such as theirs would go a long way in helping ease the burden on Indian courts.

Also watch: This startup by IIT Mumbai alumni reveals why leasing is the future of car ownership