Cash-positive, profitable and all geared up for an IPO: meet the adtech startup you didn’t know was going public 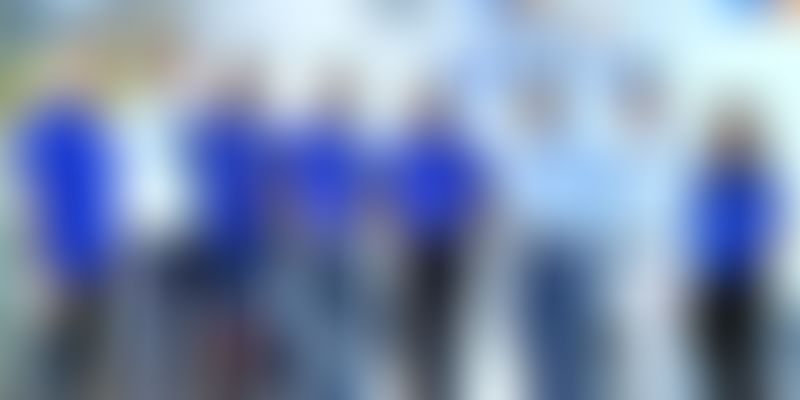 Adtech company Affle is readying for an IPO, and CEO Anuj Khanna Sohum says their battlefield is emerging markets, ‘where it is difficult for players from developed markets to sustain themselves’.

It’s IPO season for startups in the US, and we in India have often wondered why our unicorns haven’t gone down that road yet. But unicorns aside, there are other startups that are making a mark by going public: three-year-old startup Xelpmoc Design & Tech listed on the BSE main board and the National Stock Exchange (NSE) earlier this year.

Waiting in the wings is another startup – Affle (India) Ltd – which is set to list later this year. The 13-year-old adtech company, which is headquartered in India but has operations in South East Asia, MENA, Europe, US, Japan, South Korea and Australia, received SEBI approval for its IPO October 2018. Affle’s parent company - Affle Holdings Singapore - will divest a part of its stake via the IPO.

There has been plenty of action behind the scenes in the run-up to the IPO. In March this year, Affle acquired Singapore-based online-to-offline (O2O) platform Shoffr, marking its third acquisition in a year’s time. A year back, it had acquired another O2O commerce business, Markt. This was followed by the purchase of the brand, retargeting and push notification businesses and technology platform of marketing technology startup Vizury.

That same month, Affle added Indian hedge fund Malabar Investments to its list of backers. In fact, Malabar MD Sumeet Nagar has gone on record as saying that Affle was the biggest adtech player in India, and a profitable one at that.

So, what makes Affle keen to go public in India where so many others have shied away, preferring to rely on risk capital to fund their growth.

According to Sumeet, “As transactions on mobile apps keep getting more traction and become mainstream, we believe that the demand for Affle’s user acquisition and retention solutions should grow manifold. The management’s focus on profitability has created a combination of sustainable high growth, margins and cashflow generation...As the screen of a smartphone becomes one of the most desired real estates on earth, we expect Affle’s offerings to create significant value for advertisers and investors alike.”

Affle was set up in April 2005 with an SMS-based marketing solution when 3G didn’t exist, PDAs (personal digital assistants) devices were all the rage, and the smartest phone around was the Blackberry. Even back then, Founders Anuj Khanna Sohum and Anuj Kumar were convinced consumers would be spending a lot of time on their mobile phones.

“I had no background in advertising. I was a tech entrepreneur, but I was convinced that people would spend a disproportionate amount of time on their mobile phones than any other media. Advertisers would definitely want to reach out to consumers on mobile, but what was not clear to me was: why would consumers want to see ads on this medium. That was our problem statement,” CEO Anuj Khanna Sohum told YourStory. (Co-founder Anuj Kumar is Chief Revenue Officer and heads operations as well.)

“It made business sense to be present where our users already were,” he adds. But more than that, the founders were clear that they would be working only with advertising acceptable to a consumer.

So, in 2005-06, Affle filed patents for consumer-acceptable advertising on mobile in the US.

“We addressed the matter of consumer privacy, consumer consent, not being intrusive, allowing consumers to block ads they didn’t want to see. That’s why we call Affle a consumer platform. From Day 1 of our business, we were not in the business of inventories and push notifications,” Anuj points out.

A lifetime of entrepreneurship

It was the kind of risk that possibly only a serial entrepreneur would take. And Anuj has been an entrepreneur for all his adult life. He was 16 when he moved from his hometown of Lucknow on a scholarship to study A levels at Raffles Junior College, followed by Computer Engineering at the National University of Singapore.

“I believe I got the scholarship not because of my academic credentials; I said that I wanted to be an entrepreneur and that Singapore was a great global launchpad for a business,” he chuckles.

Anuj stayed true to his word. By the time he was in his second year at college, he had his first startup going and sold it for a profit in two years – before he had even graduated. His only ‘corporate’ experience was a short internship at H-P and then one at Nokia, from where he ‘resigned’. He even convinced the university to accept his ‘internship’ at his own company for the required credits.

Anuj also did the unthinkable when he participated in the recruitment process as an employer - hiring people for his startup from his own graduating batch!

In fact, he continued to work at the company that had acquired his knowledge management startup. His next company, Seclore, was started to provide solutions for information security concerns. Anuj had another entrepreneur “adopt” Seclore, he says, because the idea of Affle had already crystallised, and he believed that is where he could make a real difference.

Over the years, Affle has chosen its investors carefully.

“We have been fortunate enough to choose our sources of funding, right from our angel investors to our venture investors, folks who have a long-only view.”

And more importantly, “Most of the companies that I might have aspired to work for – in software or technology or telecom – I’m glad to say, are investors in Affle today,” he says with pride. Affle Holdings, the Singapore-based parent firm, counts Microsoft, Itochu, Centurion Investment Management, Times Internet, and D2C (a subsidiary of telecom major NTT DOCOMO., NTT Advertising and advertising giant Dentsu Inc among its investors.

"The one thing that has set us apart from many other companies where I have been on the board is the insistence of the founders and executive management on maintaining rigorous and meticulous standards of corporate governance. That… is the bedrock on which Affle's technical innovation and rapid growth has been set," says Richard Humphreys, a non-executive director at Affle. Richard has been an investor in the company in Singapore since 2006.

Anuj says the co-founders never thought of Affle as being a startup in terms of a company that needed to burn money to grow or create a user base. As a third-time entrepreneur, he was sure that they wanted to build a scalable, sustainable, long-term business.

As a business, and one in the cut-throat field of adtech, Affle has been focused in the tough but big-volume games of emerging markets. India, Southeast Asia, and the MENA region account for more than 70 percent of its revenues. The remaining 30 percent comes from the rest of the world, including developed markets like North America, Japan, Europe, and Australia.

“Our battlefield is emerging markets, where it is difficult for players from developed markets to sustain themselves. These regions pay significantly lower compared to the global market,” says Anuj.

He cites a report from Frost & Sullivan, which says that achieving profitability in such a price-sensitive market is possible only for companies that are familiar with the dynamics of consumer profiles and have a track record of working alongside brands locally for years.

“So, we believe our extensive consumer profile data, proprietary technology and local knowledge makes us better placed compared to global peers to deliver profitability in India.”

Always about the tech

At heart, Affle remains more a tech company than an ad company.

“We deliver committed users to advertisers. We care about consumers and their experience, and we use consumer data responsibly,” Anuj adds.

It is now preparing for the future by using artificial intelligence (AI), working on more patents, and developing technology that will learn to differentiate between not just human and non-human traffic but authorised and unauthorised non-human traffic.

"Someday (soon), we may authorise our appliances to carry out transactions on our behalf – like, your smart refrigerator adding a litre of milk to your shopping basket with an online grocer when you run out,” he adds.

Affle already has an award-winning mFaaS platform that helps detect fraud on a real-time basis, minimising wastage of marketing spend. It has filed 10 patent applications in India, covering various algorithms in this space.

“Affle has evolved in terms of scale, in terms of experience, dealing with non-human traffic and preventing fraud to the extent we can. It’s going strongly in the direction of not just enabling consumers with what they do online but also potentially enabling them with what they do offline...we have done some recent acquisitions enabling online to offline commerce,” the 40-year-old CEO explains.

Anuj is clear that even after the company goes public, Affle will retain the entrepreneurial spirit that made the company what it is today.

“Smaller operational units with entrepreneurial heads is the way to go for Affle,” he says, adding that it’s the way they’ve integrated their acquired companies.

“We have built a strong foundation in 13 years. And if your foundations are strong, you can grow tall and go far.”