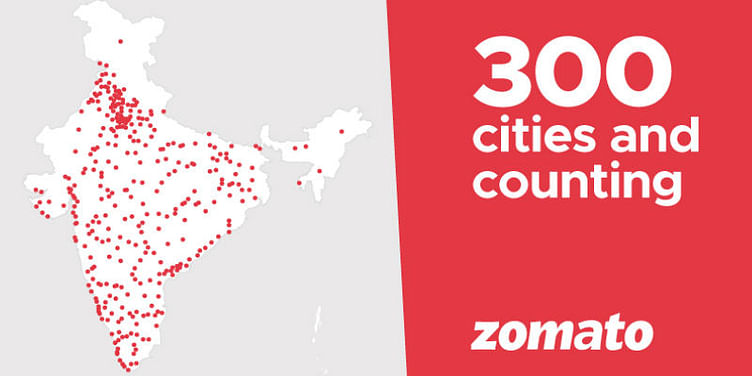 The main factors Zomato takes into consideration while expanding are population, students demographic, and restaurants that can serve during special occasions and weekends.

The newly launched 100 cities include Bhuj and Junagadh in Gujarat, Rishikesh in Uttarakhand, Shimla and Mussoorie in Himachal Pradesh, Hosur and Nagercoil in Tamil Nadu, Ayodhya and Raebareli in Uttar Pradesh, Chikmagalur and Bhatkal in Karnataka, Kharagpur in West Bengal, Chhapra and Begusarai in Bihar, Hazaribagh and Ramgarh in Jharkhand, Jalna and Parbhani in Maharashtra.

The Alibaba-backed company has further expanded its reach to two northeastern states. Earlier, Zomato was present in only two cities in the region - Guwahati and Nagaon in Assam. At present, it has launched its food delivery services in Silchar and Dibrugarh in Assam, and Agartala in Tripura as well, bringing the total to five cities in two states.

The main factors Zomato takes into consideration while expanding to a new city are population, which must be over 100,000, the students demographic in the area, and enough restaurants that can serve the city during special occasions and weekends.

The company, which is onboarding 45-50 restaurants on average in each city, aims to deliver food across 500 cities in India by the end of September this year.

[Jobs Roundup] Foodtech Startups are hungry for new talent. Do you have what it takes to ‘deliv...