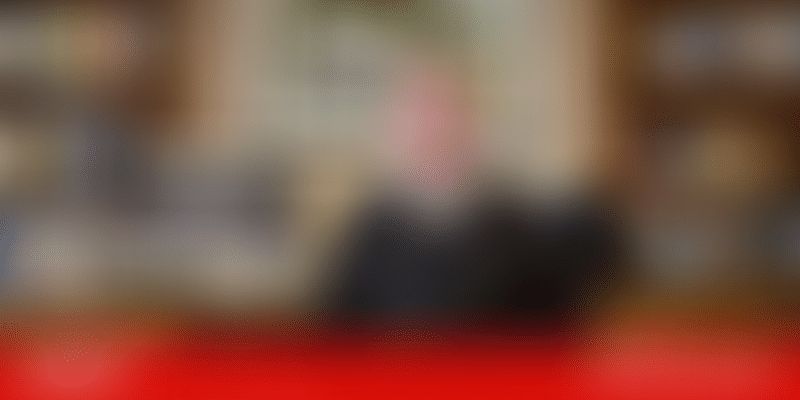 Today, we're taking you to Mago - one of the most isolated areas of Arunachal Pradesh. Being the last border post in Tawang district, Mago has neither primary healthcare facilities nor a market for daily necessities. One must trek at least 36 km to the nearby town of Jang to access even the most basic facilities.

Here, one man has been trekking various mountains and crossing streams every month to provide the children of Mago with vaccinations for Measles-Rubella. Meet Shri Phurpa, a medical assistant, who has vaccinated 35 children in the village, which houses 75 families. Recently, he has also started delivering polio vaccines in the area.

Walmart CEO Doug McMillon on growth and his plans for India

Doug McMillon joined Walmart in 1984 as an hourly summer associate at a distribution centre. He then went on to have successful leadership roles in all of Walmart’s segments. From 2009 to 2014, Doug was the President and CEO of Walmart International - before he took over the reins as the head of the company. In a conversation, Doug McMillon tells YourStory Founder Shradha Sharma how he plans to grow Walmart, his plans for India, and why speed is vital.

How Uber plans to conquer the skies: Stan Swaintek of Uber Aviation

Ride-hailing platform Uber is now looking skyward for its mobility plans. And if all goes to plan, Uber Elevate – the firm’s aerial arm – may soon fly air taxis in India. In an exclusive interaction with YourStory, Swaintek, Director of Operations, Aviation, Uber, and the earliest member of Uber Air, revealed the ride-hailing platform’s plans for air taxi services on the sidelines. The company's ambitions to transform from a ride-hailing app to a ‘transportation platform’ are well known.

LetsVenture and Pioneer Fund collaborate to invest in Indian startups

LetsVenture, a marketplace for startup funding, and Pioneer fund, a fund of Y Combinator (YC) alumni, have announced a strategic collaboration to invest in top Indian startups in the next YC batch. Through this first-of-its-kind partnership, LetsVenture has raised $5 million for Pioneer Fund through its family office platform LV Titans and sits on Pioneer Fund’s LP Advisory Board.

Her family wanted her to be a banker, but Prakriti Poddar found her calling in mental health

Prakriti Poddar was born in a family of bankers and it was expected that she would follow the same career path. But faith and determination willed otherwise. Today, she runs the Poddar Foundation, which focuses on creating preventive mental health programmes across India. Interestingly, the influence of her maternal grandmother, who was a faith healer, drew Prakriti towards the idea of making healing her life mission.

When Parth Shah, a professor of economics at the University of Michigan, was wheeled in for emergency surgery, but he promised himself that if he survived, he would return to India and set up a think-tank - something he wanted to do since he joined his PhD programme in economics. His dream - the Indian School of Public Policy (ISPP) - began operations in 2018, and its first batch is ready to roll out this August.

Microsoft to strengthen connect with the startup ecosystem in India

Global software giant Microsoft reiterated its commitment to the startup ecosystem in India with the strengthening of its two flagship programmes – M12 and Microsoft for Startups. M12 is the venture capital arm of Microsoft, which was launched in 2016, and it made its presence in India in January this year, while Microsoft for Startups helps these young companies to become enterprise ready.