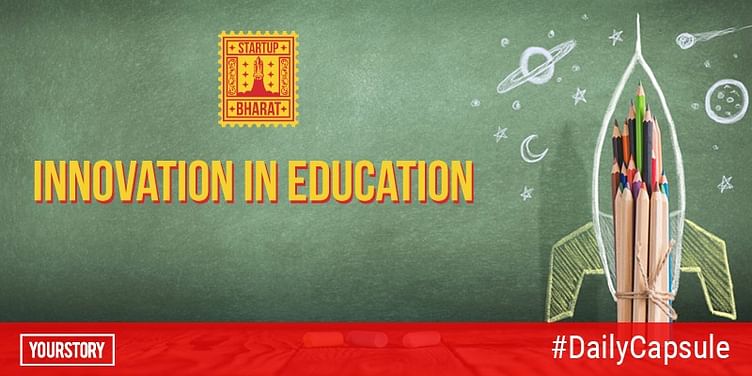 'It's a bird. It's a plane. No, it's our food. Getting delivered by drones.' This is no more a joke. Especially after the successful test of food delivery by Zomato using drones. The average time required for a Zomato biker to deliver food is 30.5 minutes and it seems like a lifetime when you're hungry. So, someone at Zomato heard your wish. Look no further - just look up! For your next biryani order might just get delivered via air. And traffic, you say? What's that?

Over half of the world's population has access to the internet now, with a majority of users (about 53 percent) coming from the Asia-Pacific region, revealed Mary Meeker's Internet Trends Report 2019. Meeker indicates that India now accounts for 12 percent of the world's internet users, second only to China (21 percent). This is largely driven by Reliance Jio, which has grown 2X in a year reaching 307 million subscribers.

Walmart likely to infuse $1.2B for funding Flipkart’s operation

Ten months after acquiring 77 percent in Indian ecommerce marketplace Flipkart for a cash consideration of approximately $16 billion, Walmart is now planning to use $1.2 billion of cash and cash equivalents to fund Flipkart’s operation. Details of the transaction are still unknown. Flipkart incurred a loss of Rs 46,901 crore on increased revenue of Rs 30,164 crore for FY18.

Accenture Ventures is interested in disruptive B2B startups, particularly in the field of applied intelligence, through the latest edition of its Open Innovation programme. In a conversation with YourStory Founder and CEO Shradha Sharma, Avnish Sabharwal, MD, Accenture Ventures India, tells us more.

Indian metro cities are already familiar with edtech startups with the likes of UpGrad and BYJU’s. But the story is different in Tier II and III India. Despite hosting several bright students, smaller Indian cities and towns lack infrastructure and quality education providers. Looking at this opportunity, startups are now working towards bridging this gap. After all, the Indian edtech market is pegged to touch $1.96 billion by 2021.

Paytm announced that it will invest Rs 250 crore for the expansion of Paytm QR in Tier IV and V towns this year. With this investment, it expects to reach more than 20 million merchants across India by the end of this fiscal. Paytm has been aggressively pushing its QR code-based payments to enable all merchants, irrespective of the size of their business, to receive money directly into their bank account.

DocsApp, which makes doctors from top hospitals accessible to patients across India, has raised $10 million so far. In a video interview with YourStory Business Editor Vishal Krishna, Co-founder Satish Kannan talks about scaling and the second phase of growth.

Indonesia-based startup Go-Jek has acquired AirCTO, a Bengaluru-based Artificial Intelligence (AI) recruitment platform. After the acquisition, the AirCTO team will join Go-Jek with immediate effect. While details of the deal were undisclosed, the Go-Jek team announced that the AirCTO team would be looking into building products that accelerate the recruitment of talent for Go-Jek.

Wholesale marketplace Jumbotail raises Rs 90 Cr in Series B round

Bengaluru-based online wholesale marketplace, Jumbotail raised Rs 90 crore in a Series B round. The funding round was led by Heron Rock, with participation from Capria Fund, BNK Ventures and William Jarvis. Existing investors Kalaari Capital and Nexus Venture Partners also participated in the round.