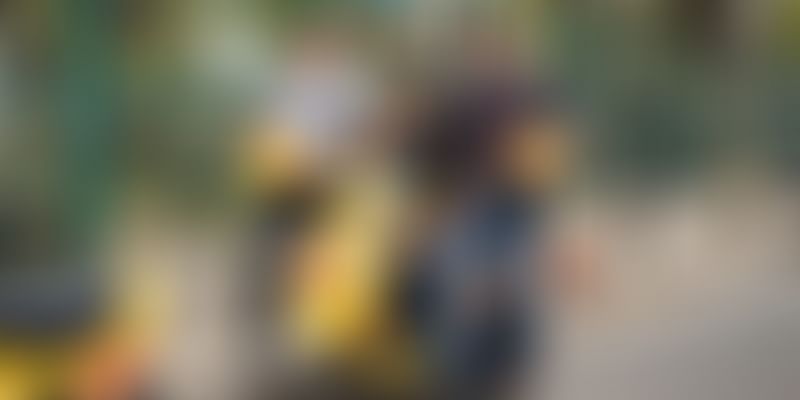 Till date, Bounce has raised a total of over $92 million in capital. The startup secured $72 million in Series C round led by global technology fund, B Capital Group, and Falcon Edge Capital, a New York-based hedge fund, in June this year.

Prior to this, it had raised $8 million in the Series B round led by Chiratae Ventures in January 2019, along with Sequoia India, Accel India, and ON Mauritius.

From Wicked Ride to Bounce: how this bike rental startup is on the road to changing the way urb...

Founded as Wicked Ride in 2014 by Vivekananda HR, Varun Agni, and Anil G, Bounce has deployed a fleet of over 5,000 keyless scooters in Bengaluru. The app allows users to pick up a scooter and drop it at any legitimate parking spot.

The company recently crossed its two million rides mark, and plans to introduce 50,000 plus vehicles this year.

Bounce, which acquired the India assets of the Chinese cycle sharing company Ofo last year, grew its revenues to Rs 5.4 crore in FY 2017-18 from Rs 4.3 crore in the previous fiscal. For the same period, the company’s losses widened from Rs 3.2 crore to Rs 7 crore.

Along with Bounce’s debt funding in March, Sachin Bansal also led a $3 million debt investment in Ola-backed VOGO through his second venture BAC Acquisitions. He also invested $32 million in his personal capacity in Ather Energy as part of the electric vehicle maker’s $51 million funding round in May this year.