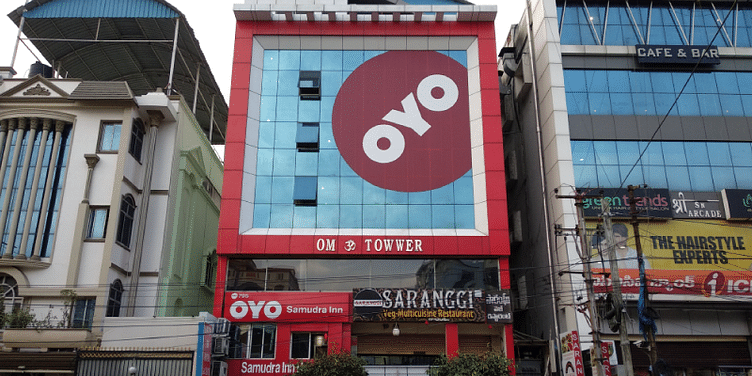 The complainant RKG Hospitalities Pvt Ltd alleged that the agreement it signed with OYO in 2017 had clauses, which were one-sided, unfair, and discriminatory.

Competition Commission on Wednesday dismissed allegations of unfair business practices against Oravel Stays Pvt Ltd, which owns OYO Rooms, saying it cannot be "unambiguously" concluded that the company is in a dominant position.

For the case, Competition Commission of India (CCI) considered the 'market for franchising services for budget hotels in India' as the relevant one.

The ruling came on a complaint filed by New Delhi-based RKG Hospitalities Pvt Ltd, which had entered into a 'Marketing and Operational Consulting Agreement' with OYO during 2017.

The complainant alleged that the agreement contained clauses, which were one-sided, unfair, and discriminatory, which OYO was able to impose because of its dominant position.

The complainant also alleged that the agreement allows OYO to unilaterally modify the structure of its hotel to meet its standards, which is unfair.

Besides, the agreement empowers OYO to put exclusive signage of OYO brand for co-branding with the hotel name. This amounts to an abuse of dominance as without investing even a single penny, OYO sought to increase its brand value, the complainant alleged.

The complainant also alleged that OYO's scoring policy was unfair and oppressive as there was no scope of disproving the punitive score given by OYO based on unsubstantiated complaints by customers.

By indulging in such practices, OYO violated Section 4 of the Competition Act, the complainant said.

"...the Commission does not find alleged contravention of the provisions of Section 4 of the Act against OYO being made out," the competition watchdog said in an order.

Section 4 of the Competition Act pertains to abuse of dominant position in the relevant market.

Commenting on the dominance, CCI said, "The Commission is of the view that though OYO may be a significant player in the relevant market, presently it cannot be unambiguously concluded that it holds a dominant position."

Regarding scoring policy, usage of signage of OYO brand with complainant's hotel name, among other clauses in the agreement, the fair trade regulator said that such clauses are justified to ensure that the services offered are of standard benchmark quality and to ensure consumer satisfaction.

Accordingly, it cannot be concluded that the terms and conditions of the agreement in the present matter are unfair, as alleged in the complaint, CCI said while dismissing the complaint against Oravel Stays.