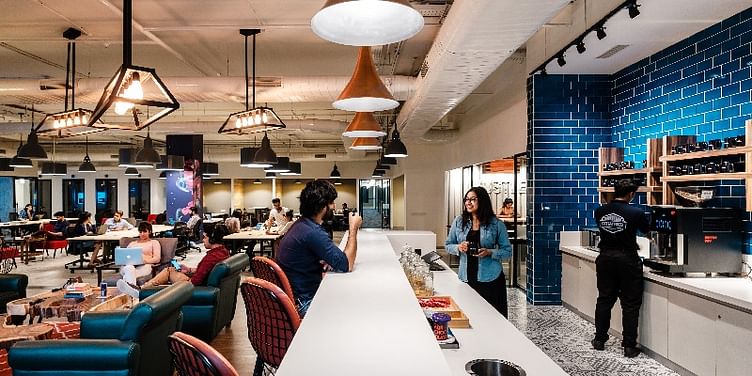 After the acquisition, CoWrks will rename the combined entity to CoWrks Go. At present, it has 25 operational centres and 25,000 members spread across two million sq ft area.

Coworking operator CoWrks on Wednesday announced the acquisition of The UnCube, which provides on-demand workspace solution.

The development signals consolidation in the fast-growing coworking segment, which is accounting for 15-20 percent of the total office space leasing across major cities. Recently, Oyo acquired Innov8 for Rs 220 crore to enter into this business.

After the acquisition, Bengaluru-based CoWrks will rename the combined entity to CoWrks Go.

At present, CoWrks has 25 operational centres and 25,000 members spread across two million sq ft area with presence in major cities.

Founded by Sakshi Khanna in 2017, The UnCube provides coworking space for professionals on transit by partnering with restaurants and cafes. It has 2,500 members working across 200 locations in seven cities such as Delhi, Mumbai, Bengaluru, Hyderabad, Pune, Indore, and Chandigarh.

Under the new brand CoWrks Go, the company plans to expand to over 20,000 locations.

CoWrks CEO Abhishek Goenka said, "We realised that the business complements our current offerings and we understand the importance that it holds for enterprises. Organisations seek the flexibility of operations and we are in a space now to extend the opportunity to enterprises to be productive anywhere, even when in transit."

With this development, he said that CoWrks is expanding its network of productive spaces by bringing on board a chain of cafes, restaurants, hotels, business lounges, etc.

Sakshi Khanna, Founder of The UnCube, said, "We believe that our mutual synergies of the business will truly provide holistic and differentiated solutions in the market."

Recently, New Delhi-based coworking space provider Awfis received $30 million in its fourth round of funding from marquee investor ChrysCapital. The round also saw participation from its existing investors Sequoia India and The Three Sisters Institutional Office.

From co-working space to accelerator: how The CoWrks Foundry promotes 18 startups across three ...