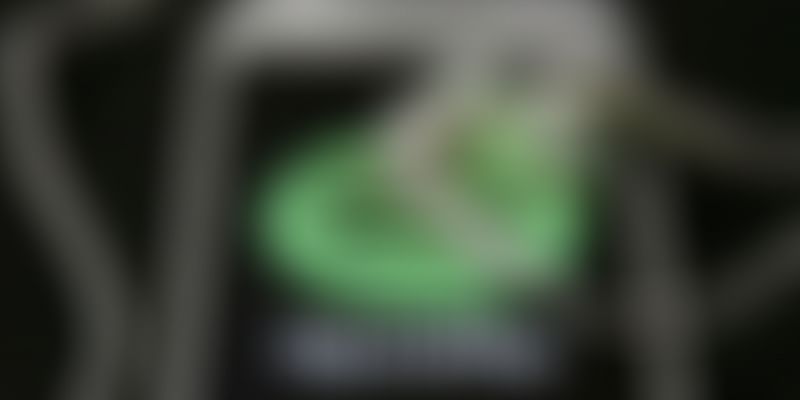 Almost a year after declaring India as a “big market” in its IPO presentation, Spotify launched here in February. It made a quick burst, racking up one million users within the very first week, and later, garnered over 2 million active users in a month. It was, what the Swedish streaming service calls, “swift” movement, riding on high brand awareness among Indian users.

About six months since launch, Spotify claims it is already “among the top three players” when it comes to consumption in India’s cluttered music-streaming market. Given less than one percent of the country’s 150 million listeners pay for content, Spotify’s decision to introduce a free-tier (an India-first offering) has proven to be a masterstroke.

Not only that, the company recently introduced Spotify Lite, a separate version of the app, for users who have patchy networks, lower-end Android devices, or aren’t keen to use up too much storage on their phones.

“We are ensuring that we make music more accessible in India,” Amarjit Singh Batra, MD of Spotify India tells YourStory in an exclusive conversation.

Batra goes on to elaborate Spotify India’s journey so far, the nuances of the local market, the competitive landscape, India’s increasing demand for Punjabi music, and how Spotify plans to actualise its goal of bringing the “average consumption of Indian users at par with global benchmarks” and converting the current and newer generations of “streamers into loyalists”.

YourStory: Take us through the Spotify India journey so far. How has the uptick been, how excited are users?

Amarjit Singh Batra: Even though we are early into our India journey, it has been encouraging, special, and exciting on multiple fronts. Three things have stood out clearly. First, the user love is immense. It was humbling to see how our launch, and then our marketing campaigns, sparked such fun and relevant banter on social media, with not just users but even artistes and brands joining in. This, along with the excitement around Spotify, enabled us to garner over one million users within the very first week of our launch.

Second, India is unique, given its social and cultural diversity, so we’ve been invested in how users consume music. English pop, Tamil and Telugu film music, Punjabi non-film music, and Hindi independent music have all found their fans.

Third, it has been a continuous learning curve for us with regard to localising the product to make more sense for a country as heterogeneous as India.

The battle of the music apps just got louder as Spotify, YouTube Music add to your list of choi...

YS: What has been the user growth? How many are paying currently?

ASB: There was much anticipation around our brand, leading us to swiftly achieve over two million monthly active users within a month of our launch; we believe that with time this number will grow significantly. Our intent is to reach anyone and everyone who loves music in India.

On average, less than one percent of the people pay for music, and we are above that average. That said, our focus hasn’t been in driving numbers but in creating value in the user experience. We are here to develop the market, and convert the current and newer generations of streamers into loyalists.

YS: How do you plan to achieve that in the next 12-18 months? What will increase adoption you reckon?

ASB: India is a value-conscious market, and we believe that users will pay for an experience they believe is made just for them, ranging from playlists and personalisation to payment options and brand engagement. Though there are over 150 million audio-streaming listeners in the country, only one percent actually pay for music. So, when we talk about pure potential for growth, it’s huge. Our focus is on building a habit for streaming with the goal to bring the average consumption of Indian user at par with global benchmarks.

YS: Of course, Spotify’s India pricing is competitive compared to its global offering. Can we expect more price innovations going ahead… something similar to what video-streaming services like Netflix is doing now?

ASB: On Spotify, users can listen to music and podcasts for free. As far as our premium tier is concerned, we have come in with a robust pricing strategy, and have a range of user subscription plans that span from one day to an annual subscription (Rs 13 to Rs 1,189) as well as a student plan. This ensures we are customising our premium offering, making it accessible to multiple consumer segments. We have to create value for our partners as well as for our users.

YS: What is the biggest opportunity in the Indian music-streaming market right now? And, how do you distinguish yourself in a space that has 10 or more services competing for a share?

ASB: Piracy is currently the biggest deterrent to our industry’s growth but also presents the most important opportunity by transitioning users away from it towards a legal music streaming experience.

Since launch, our users’ consumption has been steadily increasing, and estimates show that we are already among the top three players in that context. We recognised that at launch, and arrived with a “free” tier offering users full control and access over 50 million songs and over three billion playlists based on moods and moments. This is the most immersive experience we’ve offered to free users, a first for Spotify on mobile, in any country, at launch.

We also believe we have a strong product designed to elevate the user’s audio experience. First, personalisation, driven by our AI framework that provides an experience unique to every user. Second, we’re offering unmatched playlists, transitioning beyond genres to moods. This ensures we are disrupting the traditional mindset of music consumption, encouraging users to discover more content attuned to enhance their daily social experiences.

YS: How are you localising your product in India?

ASB: On localisation, our focus didn’t just stop at tracks. Recognising India’s diversity in culture, our editorial team has created over 200 playlists. Additionally, with Spotify Lite, we are ensuring that we make music more accessible in India, enabling more users to seamlessly experience music even in pockets of low connectivity and on low-end Android phones (which is a huge market here).

While it’s still early days in India, we do see our value proposition, supported by the acquisitions we’ve made, position us ahead of the game in the market too. There’s much work to be done, though.

YS: What is the core demographic you’re targeting? Are you positioning yourself as the premium, urban service as opposed to the more 'massy' homegrown services?

ASB: Our intent is to reach anyone and everyone who loves music. Whether you’re at the starting point in that journey, a habitual listener, or somewhere in between (that is you listen to music while running, cooking, relaxing, etc.).

Our campaigns have been designed to instinctively connect with everyone, from users who freely enjoy music as a passion, to users who journey through their daily social experiences through music.

YS: Talk us through the recent marketing blitz and about the Anil Kapoor ads everyone’s talking about. How has that impacted your brand equity in India?

ASB: Indians use music as a strong medium of emotional connect. The Sunte Ja campaign is built from that insight. Having protagonists like Anil Kapoor and Ishaan Khattar has worked immensely in garnering national appeal, as both bring a great amount of fun, charm, and relatability across user age groups.

Their chemistry has brought alive modern-day father-son relationships that are built on pillars of friendship and new-age thinking, all connected through the power of music - exactly what we wished to highlight.

YS: What is your content strategy? How do you mix Indian and international content, and what’s working with Indian listeners?

ASB: We have content in all languages, and while curation may be in five or six, algorithmic playlists show up on the home tab based on languages users choose during the onboarding process, and while consuming content on the platform.

When we talk about local music, Bollywood definitely garners most consumption, but recently we have noticed a substantial demand for Punjabi music, comparable to Bollywood streams. Tollywood, Kollywood, and Indie music are also witnessing rising traction contributed by the discoverability of new content and produced by a growing diaspora of regional as well as homegrown artistes.

While local music reigns supreme in India, we are seeing rising consumption for international content clearly reflected through the growing craze for K-Pop, Latin Pop, Hip Hop and EDM. This is contributed to largely by the Gen Z user base, open to expanding their taste in music.

YS: Are there plans to create original music and podcasts in India?

ASB: We’ve created Spotify Singles in the music segment, but over the last few months, we’ve been very focused on original podcast content. In fact, we’ve seen a 50 percent podcast audience growth Q-on-Q. The potential growth of podcasts as a new form of audio storytelling is garnering steady popularity in India.

In more mature markets, we are investing in the creation of original podcast content through our in-house unit Spotify Studios. India is still young when it comes to non-music audio content, but given the current consumption trends, the country could play a big part in this global opportunity in the coming years.

YS: Finally, how are your partnerships with Indian music labels shaping up? There were a few hiccups on that front...

ASB: India is an important market and we’re pleased by the early results. We are working with all our partners to ensure that users’ favourite music is available on the platform. Beyond that, we don’t comment on our relationship with labels.

App Fridays: Amazon Music is intuitive, well-designed, and gets localisation spot on