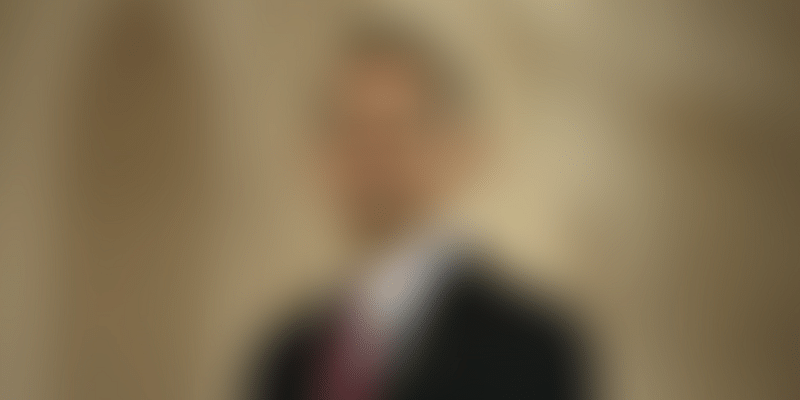 He speaks, he writes and has read several page-turners that he wants you to read too. Here's a list of former US President Barack Obama's summer reads.

For someone who is a prolific speaker and writer, former US President Barack Obama’s own biography was a riveting read. Unsurprisingly, his own list of reads makes it to several bucket lists. The public figure ended the summer of 2019 on a bookish note by sharing titles he had read over the past couple of months.

It includes a volley of different genres, a collection by Pulitzer prize-winner Toni Morrison, and writers Colson Whitehead and Téa Obreht with new authors like Stephanie Land, who incidentally published her first book this year. All the books are definite page-turners, like his autobiographical memoir.

Obama’s Instagram post on his list saw Lisa Ling, the host of CNN show This is Life come up with a witty comment, even taking a dig at President Trump saying, “A well-read president, how nice.” Surely.

For all you bookworms, these 11 books are a must-read… Obama tells you so!

The Collected Works of Toni Morrison

The Pulitzer Prize-winning author’s The Collected Works of Toni Morrison include Beloved, Song of Solomon, Sula, Tar Baby, Beloved, Jazz and her first book The Bluest Eye which was published in 1970.

Her stories often share the many conflicting emotions of individuals and their place in society, mostly through the lens of an African American.

She recounts the racial tensions between black and white Americans and the adversities they have faced in life.

“You can't go wrong by reading or re-reading the book. They (the stories) are transcendent, all of them. You’ll be glad you read them,” Obama posted.

Author Toni Morrison, who recently passed away at 88 had authored 11 novels and was working on the next one at the time of her death, according to TIME magazine.

In addition to this, she had also written children’s books, plays and an opera.

How Nobel laureate Toni Morrison addressed the complexities of race, gender, and class in her n...

The Nickel Boys by Colson Whitehead

Colson Whitehead’s latest novel The Nickel Boys was published in May 2019. He renamed the Florida Arthur G. Dozier School for Boys where hundreds of boys between the age group of 6 to 18 died, as The Nickel Academy.

The story follows Elwood, who was abandoned by his parents, and he grows during the civil rights movement and comes to understand freedom. One mistake leads him to the juvenile reformatory The Nickel Academy, and there he discovers the vicious environment of abuse and corrupt officials.

The book is a collection of short stories by Ted Chiang. It includes both old and new stories like The Lifecycle of Software Objects, The Truth of Fact, the Truth of Feeling and Anxiety is the Dizziness of Freedom.

While he has not written a novel yet, the science fiction writer is a master of short stories and deals with themes like the inevitability of fate, how technology shapes human lives and free will. His Story of Your Life was adapted into a movie titled Arrival in 2016.

Wolf Hall is the first book of Hilary Mantel’s Thomas Cromwell trilogy. Set in England during the reign of Henry VIII, the historical fiction narrates Thomas Cromwell’s rise to power in the king’s court, to become an advisor to the king himself.

In 2012, the novel won the Man Booker Prize and the National Book Critics Circle Award.

Men Without Women by Haruki Murakami

Men Without Women is a collection of seven short stories where Japanese writer Murakami looks at the lives of men who are left alone, without women. They are doctors, students, ex-boyfriends, actors and bartenders, and most of them see an abrupt end.

Often following themes of isolation and a sense of loss, the author is highly influenced by Fitzgerald, author of The Great Gatsby.

The Obamas are coming to Netflix, with their own series and features

Lauren Wilkinson’s first novel, the story of American Spy breaks free from regular spy thrillers that often showcase tough and cool agents. This book focusses on the humanity and sacrifices that undercover agents have to make.

Also fitting, is the protagonist, a black female FBI agent Marie Mitchell, and the novel is a letter from Marie to her twin sons, explaining the decisions she took in life. The story unfolds as a powerful lesson on feminism, politics and racism.

The Shallows by Nicholas Carr

Journalist Nicholas Carr’s non-fiction The Shallows: What the Internet Is Doing to Our Brains is born out of his essay titled Is Google making us look stupid? which was published in The Atlantic in 2008.

It looks at the impacts of the Internet and online reading on the human brain and attention, but also appreciates tons of information that are made easily available. The book was listed among the finalist for 2011 Pulitzer Prize for general non-fiction.

Lab Girl, written by award-winning scientist Hope Jahren, is a memoir where she shares her passion towards plants and the love of doing lab work, that she has been passionate about since she was a child. Pursuing that, Hope recounts the challenges she faced both on the personal and professional front, of fighting bipolar disorder and staying mentally fit and conducting experiments in a male-dominated lab.

Also, at the centre of the narrative is her relationship with lab manager Bill, and the mysterious plants that remains a huge part of her life.

The five types of triggers for insights – and how you can spur innovation in your own organisat...

Set in 19th century Arizona, the story follows the lives of Lurie, an outlaw and Nora, a stubborn frontierswoman, waiting for her husband who went looking for water for the family. A witty writer, Téa brings the two lives together in the most unexpected ways.

She was named among The New Yorker’s “20 Under 40” best young writers a year before publishing her first novel The Tiger’s Wife.

How to Read the Air by Dinaw Mengestu

Dinaw Mengestu’s fiction How to Read the Air takes a hard look at the reality of refugee lives in America. The story follows the life of Jonas Woldemariam, whose parents were forced to flee Ethiopia.

His father passes away, and Jonas does not see what lies ahead of him, he fails as a husband and lets go of his job. Instead, he decides to piece together his parents’ youth and family history.

Stephanie’s first book, Maid is a memoir recounting her days of working as a maid and the hardships she encountered to earn a living. It sheds light on the extreme divide of have and have-nots with a personal anecdote.

It is a harsh perspective on poverty in the first world country that is the US, and how maids who are often women, play a role in running the country.