Indian languages need a voice online. Here’s how homegrown startups are giving them one 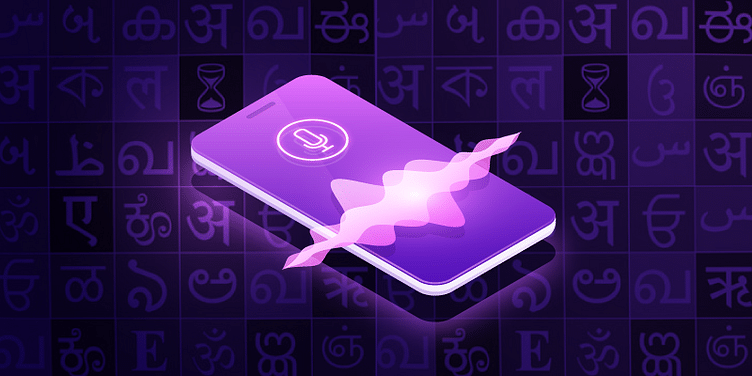 There is an increasing push to build voice technologies based on local sensibilities and syntax. While a handful of players try to change the landscape, there is room for many startups to solve for real India.

“India has been a digital colony,” Mohandas Pai told YourStory almost a year ago. The Chairman of Aarin Capital and former CFO of Infosys was certainly onto something with his statement. After all, of the 1.3 billion Indians, there are no more than 100 million that that speak English, no matter which report you refer to.

While most websites and apps still continue to use English as the language of interaction, there is a definite change taking place. And that’s a move to Indian languages in all things digital and online. There was a new audience turning into a consumer base, but something was still missing to capture the holy grail.

And that was voice.

Companies and their developers, not only in India, but all over the world are heavily invested in voice technology that can eliminate the need to type and open up a whole new audience – and think beyond little children who don’t yet know the alphabet, or senior citizens who find mobile phone keys difficult to use.

Also read: Businesses are betting big on voice to rope in and keep customers. Here's why and how they're doing it

However, language and voice alone are not enough, and here, the almost cliched term ‘content is king’ comes to play. In a country with 17 official languages and several hundred recognised dialects, articulation is not an easy task, but that’s the skill to be mastered if one wants to reach the next 300- 500 million consumers.

Stepping in to bridge this gap are a handful of startups, building search in local languages for Indians. After all, everyone wants definite answers for specific queries and India does not have a sizable body of knowledge, or data, in local languages yet.

Take for instance Bengaluru-based Vokal. Founded by Aprameya Radhakrishna and Mayank Bidawatka, it has a platform where Indians ask questions in Indian languages and are answered by Indians in their language. In short, it is a Quora in Indian languages, but while Quora is pure text based queries, Vokal is pure voice based queries.

“Voice is the future. People in rural India will be more comfortable using voice to discover content. Today, there is no way one can use platforms to search and learn about things (if you’re not using English,” says Aprameya. He adds that his company spends an enormous amount of time getting the machine learning (ML) algorithm to understand queries and throw up relevant results.

YourStory tried out the Kannada and Telugu voice search, and sought content on cooking, farming, travel, and advice on leading a healthy life. Like any startup, Vokal will take some time to scale, and reach a point where the AI engine gives your 99 percent accurate answers, but it is a start. Investors think so too, for within a year and a half of its existance, Vokal has already raised around $7 million in funding from Kalaari Capital, Accel Partners, Shunwei Capital and Blume Ventures.

There are other startups working on voice-based technology too. A few years ago, Indic keyboards for mobile phones became all the rage and gained widespread acceptance. benefiting from that was Reverie Technologies, which made it big with Reliance Industries acquiring it for Rs 190 crore recently. One may ask why, and the answer is, Reverie is also building a voice-based tool to support local languages for banking services.

All products and solutions created by Reverie targeted devices (mobile phones, tablets, set-top boxes, games and application developers). Reverie also had the distinction of working with companies such as Qualcomm, Vodafone and Samsung to enhance the language capabilities on their devices.

A clutch of startups are trying to do similar, yet slightly different things. Although it focuses on the B2B sector, Gnani.AI is now planning to launch a B2C service for farmers to be able to ask questions about crops in their local language.

Cooler still, Gnani.AI is also looking to turn the mobile phone into a voice translator and message reader. This means that users can trans-literate a voice mesge to text format, and then share it with others on WhatsApp. Imagine a Kannada speaker who does not know how to write, but can read the language - they can use the Gnani platform to speak, which will be converted to text.

The platform can also convert local language voice content into text. Currently, its primary language of operation is Kannada, but other languages are sure to be added as they go along.

“We are still testing the product out and preparing the algorithm to throw up results accurately,” says Ganesh Gopalan, co-founder of Gnani.AI.

Reliance Industries is not the only heavyweight looking to leverage voice and local languages. Last year, Walmart subsidiary Flipkart acquired Liv.AI, which Flipkart CEO Kalyan Krishnamurthy said can use local language voice-based technology to close transactions, make payments, run customer support, and interact with sellers. Liv.ai was founded by Subodh Kumar, Sanjeev Kumar, and Kishore Mundra. The company can, in the future, help Flipkart connect with customers in local languages be it in voice or text.

Then there is Vernacular.ai which is building an automated speech engine for Indians to speak to call centres in their own native languages. It is automating several hotel and table reservations, where guests can choose to book their requirements without having to speak to a customer service agent.

According to a report on "Speech and Voice Recognition Market" the voice technology market is expected to grow from $7.5 billion in 2018 to $21.5 billion by 2024, a CAGR of 19.18 percent. The expected strong growth of the speech and voice recognition market can be attributed to its potential in healthcare applications, growing demand for voice authentication in mobile banking applications, rapid proliferation of multifunctional devices or smart speakers, and growing impact of AI on the accuracy of speech and voice recognition.

The report adds that areas like micro-linguistics, education, and autonomous cars are expected to create huge growth opportunities for players in the speech and voice recognition market.

As data consumption grows exponentially in the Indian market, local languages are sure to take the lead here. The applications are limitless, and all efforts, not only from giants like Google and Amazon, but local startups will be need to serve the market. Only when Indians can search for what they need in their language and get answers with local contexts, will India move from being a digital colony.