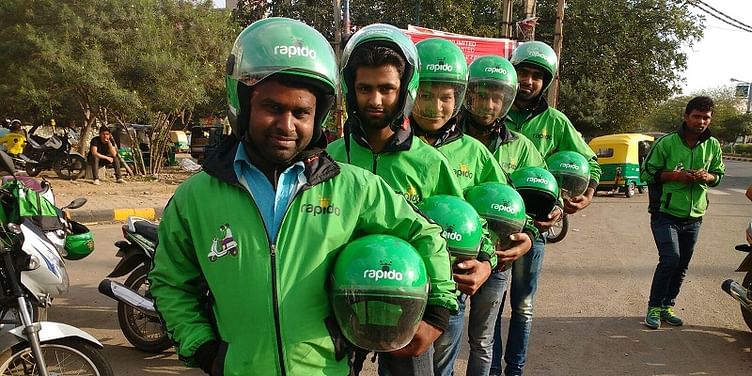 Bengaluru-based bike taxi app Rapido, which has registered over 10 million rides till now, has raised funding of Rs 391 crore in a Series B funding round. Its valuation has now reached Rs 1,005 crore.

Bengaluru-based bike taxi app Rapido has raised funding of Rs 391 crore in a Series B funding round led by Westbridge Capital with participation from Nexus Venture Partners, Ant Financial-backed BAce Fund, Astrend India Investment Limited, and a few others.

According to RoC filings accessed by YourStory, the startup has issued 28,387 Series B preference shares to investors at a price of Rs 137,692 per share. Post investment, Rapido’s valuation reached Rs 1,005 crore, the documents showed.

As per shareholding structure after this round, Westbridge Capital will become the single largest shareholder in Rapido with 22.15 percent holding, while Nexus VP will hold 12.5 percent. Hong Kong-based Integrated Capital, which also participated in the funding, now holds 14.29 percent stake in the company.

Bike taxi operator scoops up pre-Series A from Google India MD, Hero MotoCorp MD and others

Rapido has a fleet of over 60,000 active riders operating across major Indian cities, including Bengaluru, Gurugram, and Delhi. The app is available for Android users in 40 cities in India with over two million customers.

Now, Rapido users can save more on daily commute with new ‘Power Pass’