WATCH: How Z Nation Lab wants to grow the startup ecosystem with micro funds that can be run by successful entrepreneurs 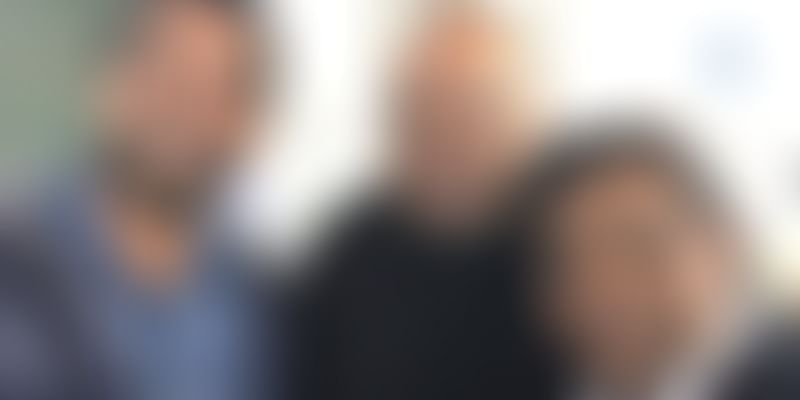 Z Nation Lab has funded over 27 startups until now. In a video interview with YourStory, Founder Amit Jain details out how the accelerator is helping grow the entrepreneurial ecosystem.

One of the most important roles an early-stage VC plays is scouting for future stars. It isn’t easy taking that leap of faith, but the investor must take a bet on the entrepreneur and the early product.

Founded in 2016, San Jose and Mumbai-based Z Nation Lab provides tech entrepreneurs and startups an ecosystem that can help accelerate their growth. The early-stage accelerator brings together capital, technical expertise, networking, and investors together to create an environment where innovation can thrive.

Amit Jain, Founder of Z Nation Lab, says it’s not just current investments and handling limited partners that keep him busy. He is constantly scouting for entrepreneurs who have successfully sold companies so he can help them reinvest in fresh ideas.

In this video interview with YourStory, Amit discusses the myths of hockey stick growth, a pattern that a company experiences when it starts on a linear trajectory, after which growth soars astronomically, and how startup founders can go after it. He talks about the opportunities in the Indian market and the prospects for Indian B2B startups keen to expand to the US.

Z Nation Lab has launched Unicolyst, where it partners with founders who have sold a company for more than $10 million or have raised $10 million to launch their own funds in partnership with ZNation Lab.

“The idea is to have these successful entrepreneurs co-invest in a micro fund, which is based on their theme and ethos. We hope to create several such micro funds with entrepreneurs across the world to participate in the Indian startup story,” Amit says.

Some of the startups it has backed include cognitive intelligence platform Hotify (which gave Z Nation a 15x return), media-tech platform Toch (which has raised close to a million from a clutch of investors recently and works with the likes of HotStar and Zee5), self-drive bike-rental business ONN Bikes (which has one of the best operating margins in the bike-sharing business and has just begun experimenting with electric mobility), and office supplies startup OfficePulse.in (a SaaS business that generated Rs 24 crore in revenue this financial year).

Taking Indian startups to the US

Z Nation does not want to disclose its original investments, but pumps in $100K on an average.

“I am looking at founders who have already built a product and are looking at scale in the US,” Amit says.

The VC firm also started the Access programme from this year. Under this, it picks seven startups, engages them over a week of workshops, and ultimately offers acceleration to three startups for a small stake. It aims to help them grow in global markets by finding customers and developing their technology. The firm also helps these startups with their future exit strategy.

“There is an enormous opportunity in taking Indian startups to the US. Indian SaaS businesses have done very well there,” Amit says.

The company has also created a platform called CorpGini, which has 100 public listed companies. This allows startups in the B2B segment direct access to these businesses for PoCs and long-term contracts.