The Best of Weekender: A tête-à-tête with actor Sagarika Ghatge, the best of local breakfast, Bollywood’s monsoon magic 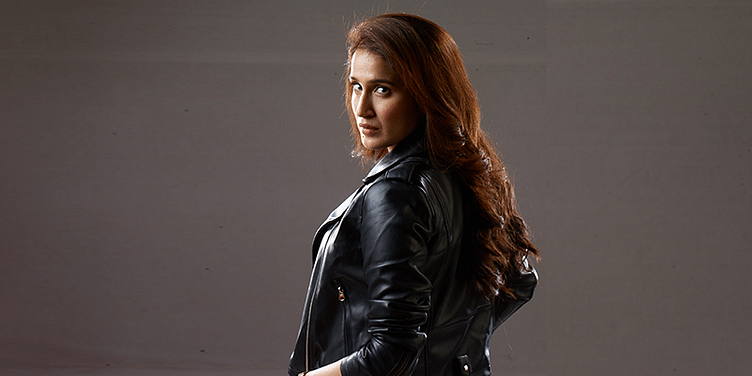 This week, let Sagarika Ghatge give you a glimpse into the actor’s life, learn about the best of local breakfasts, and enjoy monsoon with the perfect Bollywood playlist.

Charismatic and fierce, Preeti Sabharwal aka actor Sagarika Ghatge first graced the screens in 2007’s iconic sports drama Chak De! India, alongside none other than Bollywood megastar Shah Rukh Khan. She has enthralled us, viewers, right since that first appearance with her striking looks and an unmissable onscreen presence.

Not many would know but Sagarika also happens to be a real-life national-level hockey player. In fact, her sports background was the reason she was chosen to be a part of Chak De! India. Ten years since the movie, the actor is gearing up once again for a kickass role – this time as a special crime branch cop, Sakshi Ranjan in ALTBalaji’s upcoming web series BOSS - Baap of Special Services.

From her debut in the digital space to her life after marriage to Indian cricketer Zaheer Khan, Sagarika spills all the beans in our exclusive interview.

There are no two things that complement each other as magically as the monsoons and melodious Bollywood songs. It’s a match made in heaven!

Don’t believe us? Just give a listen to all-time classics like Pyaar hua iqraar hua, from the hit Raj Kapoor movie Shree 420 or the Amitabh Bachchan and Moushumi Chatterjee starring track, Rimjhim gire saawan from the 1979 movie Manzil.

Not only is the song quintessential Bollywood but also a reminder of the old Bombay charm. All you need as accompaniment is a piping hot cup of tea and a plate of your favourite crispies!

Here’s a monsoon playlist put together by YS Weekender, starting from 1955 and going up to the last decade – so the showers don’t rain on your parade.

Desi, southern-style, home-made masala dosa or an Instagram-worthy English egg-and-bacon spread – whatever be your choice of breakfast menu, food enthusiast Ajit Saldanha has just one advice. Keep it local!

In a deliciously-articulated piece on the various options for breakfast, widely considered the most important meal of the day, Saldanha takes us on a trip down the food memory lane. He starts with the humble South Indian breakfast – fluffy mallipoo idlis (as he calls them), Mysore masala, well-made khara bath, and akki roti and chutney – and goes on to be a little extravagant with suggestions on a sourdough open-face sandwich and Japanese miso soup breakfast.

The brownie point – his favourite recipe of stylish egg rolls. What are you waiting for? Make the leap into this mouth-watering journey of our breakfast specials.

Health is wealth, they say, While most people love to talk about it, very few live by this age-old adage. Hiren Shah, the Founder and Chairman of Vertoz, not only believes that “being healthy” is the key to happiness, but also is greatest fear is related to this aspect of life.

In his opinion, complete veracity is the most overrated virtue and “money, health, and art” are the greatest love of his life. If he could change one thing about himself, he would most likely strive to make more time for his family.

Hiren truly admires Ratan Tata and his favourite hero of fiction is none other than Superman.

Get to know him better, as he opens up about his achievements, regrets, and his motto in life.

In the heart of Bengaluru, amid all the hustle-bustle, is a quaint little eatery that has almost become a landmark for the city – Koshy’s. The place, knows as “the most iconic restaurant of Bengaluru”, is nothing less than a symbol of legacy, for loyal customers who keep returning and for devoted workers who unfailingly stick to the same standards.

YS Weekender took the opportunity to go behind the scenes and get to know the person running the show, Matthew Koshy, fondly referred to as Santosh by his friends.

He talks about the origin of this now-iconic joint, his family traditions, and what it is like to shoulder the weight of this legacy. Read more about him in our interview.

These famous words by Thomas J. Watson hold a special meaning as we approach this weekend. World over, the first Sunday of August is celebrated as the international friendship day. But what does this word really stand for? When we were young, it was all about being with this special person who takes after your own heart. As we get older, this turns into a deeper relationship, as friends turn family, companions in crime!

To celebrate this feeling, the true spirit of friendship, we have compiled some of the most impactful quotes by famous figures around the world.

Best of Weekender: A tête-à-tête with author Amish Tripathi, the best movies on Moon Day, and c...