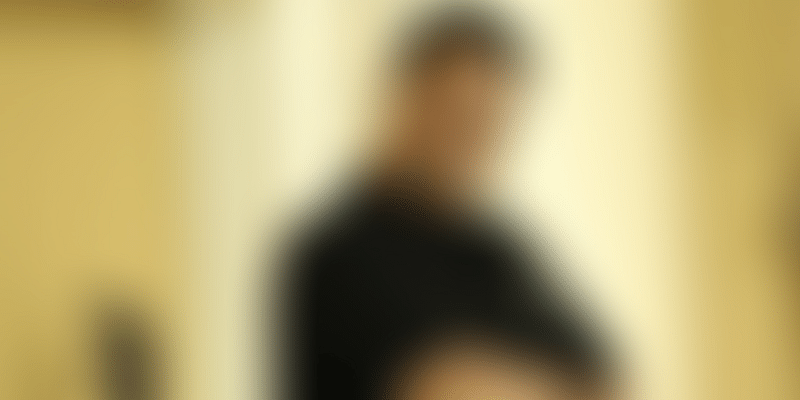 Riding on the success of IPL and its popular gameplays, fantasy cricket startup CricPlay is hitting it out of the park with its Star Contest, which enables users to match their skills against international professionals.

It was April, around the time IPL was on last year. Gaurav Sarin and his team of product, tech, and UI experts were working late night to fix the CricPlay official app (the fantasy cricket platform), which had experienced a sudden influx of users. The team was being bombarded with a flurry of messages on Google Play Store from frustrated users who couldn’t see their scores.

Then, suddenly, out of nowhere, came this guy, who posted a review “scolding all users for not being supportive of our awesome little app and asking them to be encouraging”.

“It worked like magic,” Gaurav recalls, “and several warm and lovely reviews followed suit. That day we understood how much users loved our product and that CricPlay isn’t just a gaming app - it’s a community.”

These were the early days of CricPlay. The free-to-play fantasy cricket platform, launched in April 2018, has since garnered a user base of more than 5.5 million cricket fans, recording an organic growth of around 500 percent in less than a year.

“CricPlay’s engagement levels are holding strong even after big-ticket events like IPL and World Cup,” explains Gaurav Sarin, the Founder-cum-Business Head of the fantasy cricket startup.

Serial entrepreneurship and (a lot of) hustle

“We were originally planning on calling this CricStreet or WinCric,” recalls Gaurav, adding, “I was never really happy with these options and often used to log on to GoDaddy and type various domain options to see if they were available.”

Then, just a few weeks before the launch, Gaurav happened to stumble across CricPlay, a domain name that was incidentally available on GoDaddy’s US auction site. He says, “I knew instantly that CricPlay was the right name for what we were building…I hustled to get access to the US site and put in a bid of $18.”

Interestingly enough, this hustling resonates in a great deal of Gaurav’s entrepreneurial endeavours so far. A seasoned businessman with experience across domains, Sarin’s tryst with startups began in the late 90s with his first venture called India Eyeballs. Following that, he raked in some years of corporate experience at Group M, Airtel, and Aircel.

Gaurav has also co-founded and successfully exited his other ventures, including Vantage Analytics and RationalHeads Technologies. With his latest endeavour, however, his vision is to transform the transactional nature of Indian fantasy sports games, where, in his words, winning money is the key motivation for users to play.

“We wanted to ensure that CricPlay captured the hearts of Indians and not the wallets…To achieve this, we re-imagined fantasy cricket from the ground up. We built a robust game engine that could support multiple game formats, which is powered by our in-app currency called CricPlay coins,” he tells us.

The Mega Contest, for instance, enables users to create their team of favourite 11 cricketers and compete with other gamers from across the country to win money. Super League, on the other hand, is an advanced game where gamers can select power-ups like Substitution, Captain Changer, or Vice-Captain Changer for an enhanced gaming experience.

Challenger Leagues allow users to compete with each other on limited leader-boards. Gamers can also leverage their skills to determine winning outcomes of a match before the match starts on the Daily Predictions game. However, one of the most innovative gameplays launched by CricPlay, Gaurav says, is their Star Contest.

“The response that we’ve received from our users on Star Contest have been extremely encouraging,” he says.

With an initial cost starting as low as Rs 10 and cash rewards ranging anywhere between Rs 50 and Rs 50,000, fantasy gaming is booming in India. It is undoubtedly the next big thing, and Gaurav believes that mass adoption of 4G services has a lot to do with this.

But while most other fantasy sports sites dabble in the freemium model, CricPlay, which has already raised two funding rounds from Times Internet, focuses on being a completely engagement-centric platform. Their revenue model is advertisement-based and the startup is currently profitable at a unit level.

“Our biggest challenge,” Gaurav explains, “is that our peak traffic is influenced by the seasonality of cricket. We’ve managed to control this to a certain extent by launching innovative gameplays like Star Contest.”

But operating in the free-to-play space and still have a strong user engagement and retention is no easy task. But CricPlay seems to be addressing this issue by building a strong and robust game engine designed to delight users from the ground up.

Their toughest challenge, however, lies ahead. The fantasy cricket startup has its eyes on the grand prize – an expansion to a market size to the tune of 300 million connected Indians.

67 speakers, 90+ workshops, one lit fest: how this Harvard-educated woman entrepreneur is takin...