Scaling up is not a linear process, for every two steps founders take forward, there is always a step backward: investor Sanjeev Aggarwal 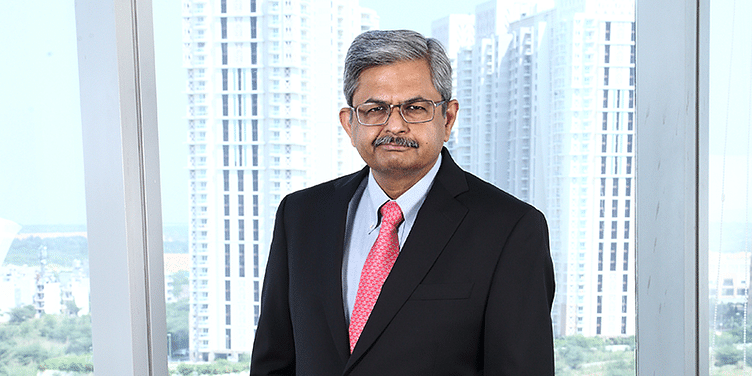 In this episode of 100X Entrepreneur Podcast, we feature investor Sanjeev Aggarwal, who talks about why he looks out for founding team members who complement each other like Brahma and Vishnu.

“My day starts with practising yoga. I work till six in the evening. Sometimes, I go to the golf course or spend time with my family. I retire early around 10 pm to 11 pm. My life revolves around health, family, and profession. There is nothing radical about my lifestyle,” he says.

As an investor, Sanjeev looks out for founders who complement each other like Brahma and Vishnu before deciding to put his money in a startup.

If one takes calculated decisions, investments will not go wrong: singer and investor Sukhbir S...

Siddhartha Ahluwalia, Founder of 100x Entrepreneur Podcast and Co-founder of SHEROES, caught up with Sanjeev in this episode of the podcast, a series that features venture capitalists and angel investors.

The 100X Entrepreneur Podcast is an endeavour to know their habits, mindsets, and viewpoints that can help entrepreneurs scale 100x.

Tune in to listen to Sanjeev Aggarwal in conversation with Siddhartha:

Sanjeev divided his journey into three phases – being an executive, being an entrepreneur, and finally, being an investor.

The first phase describes his years after his education when Sanjeev worked in the industry as an executive in a company. He was always interested in turning around a situation or starting a new project inside a big organisation, something Sanjeev did for more than a decade.

His second phase covers his stint as an entrepreneur when he started Daksh in 2000, one of the largest BPOs in India that was sold to IBM for $150 million in 2014. The third phase began post Daksh. Drawn to working very closely with entrepreneurs to help them build companies, Sanjeev started two VC firms – one focussed on early-stage and the other on growth-stage.

Talking about the purpose of life, the investor said,

“The first purpose is to be very healthy physically and mentally. So, I have spent a fair amount of time in doing yoga, keeping myself in good shape. The second purpose is to make myself available to my family, be a good parent. Finally, the third purpose is to make professional impact that revolves around Fundamentum and Helion.”

He adds that his passion in the third purpose is to scale up – starting small and making it big with lot of speed.

Why Helion and Fundamentum

Sanjeev’s endeavour to build a 20,000-strong company - Daksh - provided immense learnings that he took to the rest of the entrepreneurial world. That’s how Helion was born to focus on early-stage investments.

Eventually, he found out that as tech investment and entrepreneurship evolved, there was a void not in starting up, but in scaling up. So, he teamed up Nandan Nilekani and launched growth-stage fund Fundamentum in 2017.

Fundamentum’s credibility lies in its leaders’ capabilities. While Nilekani was instrumental in building Infosys and Aadhaar, Sanjeev had built Daksh before working with MakeMyTrip’s Deep Kalra and BigBasket’s VS Sudhakar.

“Capital plus advice” is Fundamentum’s philosophy. It envisions to build companies with very strong underlying so that they would live for 100 years, said Sanjeev.

Speaking about the need for two separate VC firms, Sanjeev explained that while Helion focusses on early-stage startups betting on multiple things, Fundamentum is all about growth-stage startups with concentrated bets. And that’s why it’s best to keep them in separate buckets.

His time spent between the two VC firms is also equally divided.

Talking about the portfolio companies, Sanjeev said he saw winning companies, especially in the travel segment – MakeMyTrip, redBus, Railyatri, Taxi4Sure. “Because of information symmetry and being less physical and more information-driven, we have had led lot of success in this market,” he added.

“The other vertical that has done well for us is vertical commerce. Retail is a $600 billion industry out of the $2.6 trillion GDP in India,” he said. Helion has invested in Bigbasket and Livspace.

Analysing the three verticals, Sanjeev said that while the third vertical is about leveraging India’s intellectual capital, the first two are about riding on India’s consumption story.

He admitted that he hasn’t had a very good experience in the real estate market: “We have two to three bets in the sector, but that industry, because of a lack of transparency, has been a hard one to make money”.

Talking about India’s growing opportunity, Sanjeev added, “We are set to grow to $5 trillion economy and only a small part of the GDP is about digital economy, unlike China and the US, where a lot of digitisation has already happened”.

Sanjeev added, “Startups need to solve big problems that mean a large market. If participants in that market are very diffused, organising it can deliver very big impact. Daksh is in a $100-billion outsourcing industry, MMT is in a $20-billion industry growing rapidly, while BigBasket is participating in a $300-billion market – all ensured rapid scale-up”.

The second reason for startups scaling up rapidly is because of founders. Sanjeev believes that founders need to complement each other, like Brahma and Vishnu. One is a visionary and the other is the executioner of that vision. He added that capital would be wasted if there is only a visionary and no executioner or vice versa.

He added that he usually looked for “first principle thinkers” because if they are solving a problem never tackled before, they can’t use a template to replicate and need to create their template on the go.

Because Fundamentum Partnership invests not only money but also time, it is very choosy about where to invest, as investing in too many startups wouldn’t do justice to the business model. In fact, Fundamentum has invested in only two to three ventures.

While Helion will focus on existing investments, Fundamentum will be focussing on scaling up startups.

Sharing his experience as an entrepreneur, Sanjeev talks about the importance of team and decentralisation. “We handled large teams and hired large numbers within a short time and trained them at Daksh. We decentralised the company and created great business unit structures, and empowered them to work like independent companies. If you give lot of autonomy to these units, great things would happen. That was one valuable organisational learning that I learnt during Daksh,” recalled the investor.

Sanjeev wanted founders to know their strengths and weaknesses and not have a herd mentality.

Investing in brand or distribution? He said, “So far, we have invested more in distribution because brand has good unit economics and a very high customer acquisition rate and repeat rates. This makes brands veer towards multiple products, and eventually become a retailer.”

He added that meeting entrepreneurs in India is very energising as each is trying to change some part of the country, but scaling up is not a linear process, as with every two steps one takes forward, there is always one step backward.

“So, one has to very pragmatic, not just an optimist,” Sanjeev signed off.