The souls of owls: how this unique photo exhibition raised awareness of bio-diversity and conservation 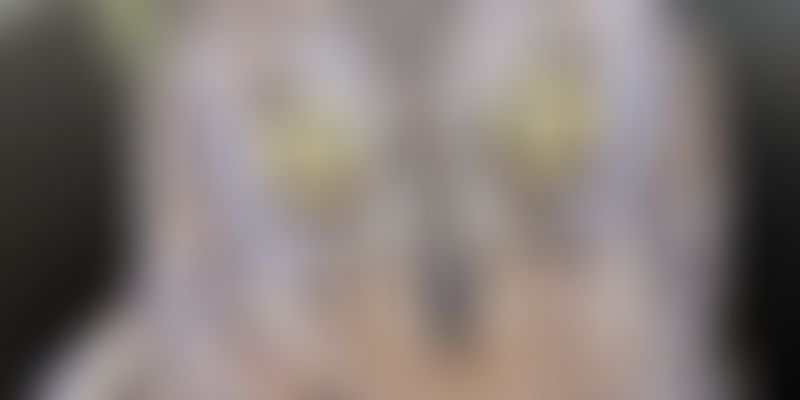 In this photo essay, we showcase some of the astonishing and endearing images of owls at the recent KCP exhibition. It celebrates the character of owls in the human imagination, and calls for more environmental preservation.

Karnataka Chitrakala Parishath (KCP) hosted an outstanding exhibition in Bengaluru this month, called ‘Innocent World of Owls.’ Its objective was to “shed light on the dark world of these nocturnal creatures”.

The exhibition was held in memory of Poornachandra Tejaswi, a prominent Kannada writer and environmentalist. He was prolific across a wide range of literature, and often featured animals and birds as lively characters in his novels. The multi-faceted writer saw birds as much more than ornithological pursuit.

As a vehicle of the goddess of wealth, Lakshmi, an owl is associated with intellect. It is worshipped as wise and lucky in some parts of the world, but foolish and unlucky in others. Either way, it is seen as having special powers – across centuries and cultures, from classics to movies.

As compared to other birds, owls have distinctive flat faces and large forward-facing eyes that are well suited for night vision. Their flexible necks are estimated to have more than double the number of bones that humans have, and can turn as much as 270 degrees in each direction.

Owls prey on rodents and are regarded as friends of farmers. Unfortunately, there also superstitions about some owls being bad omens, for which they are often hunted down; others are hunted for parts seen to be beneficial for human health.

Add to this the challenges of habitat loss, and the need for awareness and preservation of the owl’s way of life is all the more pressing. A number of organisations have risen to this challenge, such as WWF India, Wildlife SOS, SPCA, and Blue Cross of India. Hunting of and trade in all Indian owl species is illegal under the Wildlife (Protection) Act 1972.

“Owls are as important to our ecosystem as the tigers or any other better known charismatic species,” said Jairam Ramesh, (former) Minister of Environment and Forest, in a WWF post.

There are an estimated 200 species of owls in the world, of which more than 30 are found in India. These include the horned owl, long-eared owl, eagle owl, hawk owl, fish owl, forest owlet, scops owl, spotted owlet, mottled wood owl, and masked owl.

There are many lesser-known nocturnal bird species in India, and the KCP exhibitions aim at increasing awareness about them, said exhibitor Dibyendu Ash, Managing Partner of Kolkata-based Going Wild, in a chat with YourStory.

“The impact left us absolutely flabbergasted. People appreciated our work a lot and they wanted to connect with us. Many people opted for our birdwatching and wildlife tours in North-East India,” he explains. He has organised two photo exhibitions in Kolkata at ICCR, and conducts workshops as well.

He sees photography is more than a hobby or documentation activity of rare species. “Our photography is also a tool to assess environmental impact and threat, and is instrumental in conservation of nature and wildlife,” he explains.

He sees traditional and social media as key influencers for improving environmental awareness, as well as wildlife professionals who have the knowledge, skills and resources. “I would consider every educated person of this country as a messenger of environmental awareness and conservation,” Dibyendu emphasises.

Photographer Saravanan Janakarajan has a detailed website with information on Indian owls. “I have a degree in electrical engineering and an MBA, but quit the corporate world after 17 years to pursue my passion for wildlife,” he explains. He conducts classes and workshops, and organises tours to the Bharathpur bird sanctuary.

Delhi-based Chotu Afzal Khan is the founder of WildWalk Tours. “As a wildlife photographer, my favourite subjects are owls as I see them as very expressive and photogenic,” he explains.

His photos have been published in magazines in India and overseas. Chotu conducts workshops on nature photography, and is also working on a project to observe and preserve the habitat of the sarus crane.

“For any photographer or nature enthusiast, the only thing that gives complete satisfaction and can be termed as a success is when the habitat of the subject is safe,” Chotu explains.

“Photo exhibitions and workshops help erase the myths about owls and reveal fascinating facts about these beautiful species of birds,” agrees Chennai-based businessman and photographer Arun Kumar. “Many who walked in to the exhibition with very little knowledge about owls and their species walked back with so much information and knowledge,” he observes.

He has been a regular participant in exhibitions conducted by the Photographic Society of Madras, and contributed to books released by the forest department and nature societies. Over the past four years, Arun has worked on identifying the different species of butterflies and birds around Jawadhu hills in the Eastern Ghats; a book project with the forestry department is one of the outcomes.

He sees photography as not just a way to admire nature but capture mesmerising moments so that others can see, understand, and respect nature. “These endeavours have always been soul satisfying,” Arun explains. He also takes students for nature walks, making them understand the importance of conserving and protecting nature.

“Success for me would be when I bring to the world some beautiful images of rare species, giving others also an opportunity to know and study them,” Arun says. This would shed light on their behavioral patterns, thus yielding knowledge required for their conservation.

“Effective conservation happens through enlightenment,” he adds. Innovative ways are needed to develop in citizens a love and respect for nature, and make them understand that human survival depends on how we protect nature and stop birds and animals from being exploited for human greed.

Arun also has words of advice for aspiring nature photographers. “Love what you are doing. Walk into nature without any expectations, you will always come back having learnt something,” he recommends.

“Don’t look at birding as a competition, look at it as a path to satisfaction of your soul. This is when you will realise nature is the best place to not only find oneself but also unwind oneself,” Arun advises.

Environmental activist Eshwar Prasad runs a tree-planting project called Spoorthivana, and was one of the organisers of the KCP exhibition. “I don’t believe such a comprehensive exhibition of owl photographs has been held anywhere else in India,” he says.

Last year, KCP organised a similar exhibition themed on bats, another mammal with many myths and misconceptions around it. Eshwar also urges nature lovers to attend the World Owl Conference 2019, which will be held in Pune from November 29 to December 2, followed by the Indian Owl Festival.

Now, what have you done today to pause in your busy schedule and see how to boost your awareness and commitment to environmental conservation?