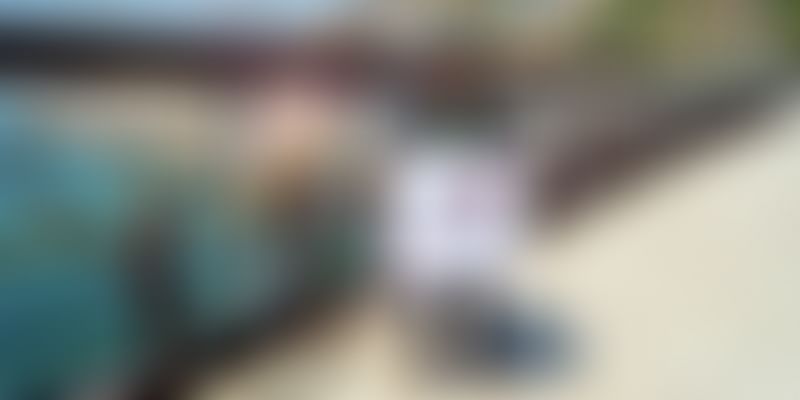 On World Sparrow Day, with the numbers of sparrows plummeting across India, we profile Akshat Shrivastava, who is trying to bring the tiny bird back to Indian cities through #WeSparrow.

“What is the reason for the sudden disappearance of sparrows?” inquires a popular question thread on Quora that has 28 answers. On the related questions section, one can see a series of similar questions. “Why have sparrows left Bangalore city?” “When was the last time you saw a sparrow?”…. the list goes on.

The curious case of missing house sparrows, or “goreyyas” as they are locally called, has bothered everyone - be it millennials who grew up watching them on terraces, homemakers who accommodated their nests in their building, or the elderly who regularly feed them grains and water on sultry summer afternoons.

In this context, #WeSparrow, a movement trying to educate people about the need of conserving sparrows, is setting a shining example in ways to bring back the tiny bird back to Indian cities.

The brainchild of Akshat Shrivastava, the initiative first kick-started in Bhopal in January 2017.

#WeSparrow is not an organisation, but a movement that is open to all; it is being propelled through a hashtag, explains the 26-year old engineering graduate.

Though it started off small, Akshat considers himself fortunate to have received substantial support from several like-minded people, nature lovers, and others, some of whom even chose to volunteer for #WeSparrow.

“In a short span of time our initiative has gained momentum in places like Mumbai, Delhi, Surat, and Indore and even in Tokyo,” Akshat shares proudly.

Ask Akshat why he chose to spread the word about sparrows alone, and he says:

Because sparrows in India have been part of families since time immemorial. They have coexisted with human beings in the most effortless ways possible, and occupy such a big place in our childhood memories and nostalgia.

“Being insectivores, they helps many farmers across India in their farming practices. They also aid environmental processes like seed dispersion. Moreover, they occupy a crucial position in the food chain; without them, the bigger prey birds would go hungry,” he adds.

Among several obvious reasons, Akshat lists the changed patterns of architecture (one that’s mostly box-shaped without grooves and corners), absence of native plants, hedgerows and mobile radiations as some of the lesser known causes for the dwindling number of sparrows.

From being the most familiar bird known to humankind, the house sparrows are now enlisted in the Red List (threatened species) on the basis of the findings of researchers in different parts of the world, including those from India.

Akshat and his team of 50-60 volunteers started out by doing the rounds of the most popular tourist attractions of Bhopal in Madhya Pradesh, and creating awareness among people about the importance of sparrows.

“Similarly we also had volunteers conducting workshops in schools and colleges, educating students on the ways they can contribute to the conservation of sparrows,” explains Akshat, who has overseen awareness camps and workshops in many schools across Bhopal.

A large sturdy shoe/detergent box that can be turned into a nest, a used plastic bottle with some grains that can be hung up in balconies to become a bird feeder, some native plants for shade, and a small dish of water is probably all it takes for each and every household to bring back sparrows. Sounds easy?

Sometimes, people don’t even acknowledge the fact that sparrows are pretty much gone. With the younger lot not even knowing what they look like, it’s mostly the elderly who take conservation measures seriously, he opines.

Akshat and his team also spend most of their Sundays monitoring sparrow counts in places where conservation methods have been adopted. “In some places, the increase in sparrow count (from 5-50) has been very encouraging. We use these anecdotes to further motivate people to set up upcycled nests and bird feeders, and help in their own small ways,” he shares.

Explaining about his further course of action, Akshat says,

We are looking for funds so we can start making our own wooden/cardboard nests and bird feeders and distribute them among people. In the long run, we hope we can also influence many environmental organisations working in the space to adopt our movement and take measures for conservation of sparrows.

Having garnered a lot of support from social media already, #WeSparrow is all set to connect and unite more enthusiastic bird lovers. “Our larger goal, though, will always be to ensure that sparrows return to every household in India,” Akshat signs off.