Less is more while pitching to an investor: Devang Mehta of Anthill Ventures 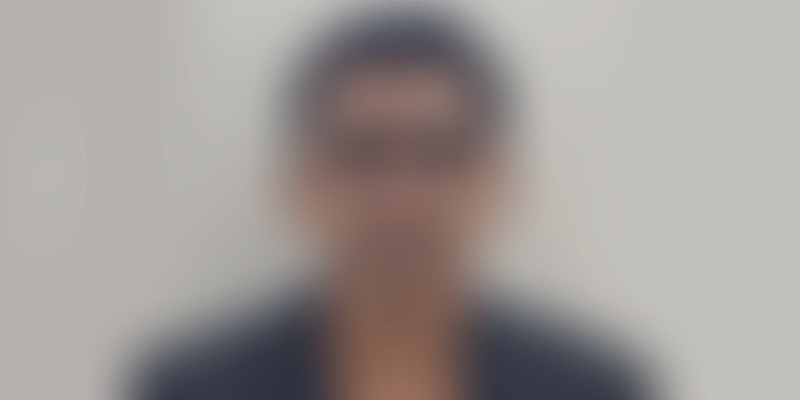 In a conversation with YourStory, Devang Mehta of Anthill Ventures discusses the firm’s investment philosophy, and how his entrepreneurship experience and being a product marketer shaped his thesis.

Devang Mehta, Partner at Anthill Ventures, an investment firm with offices in Hyderabad and Mumbai, calls himself a typical combination of an engineer and an MBA graduate. He says he was always good at math and science, which led him down the engineering path.

He is also a rare combination of techie, entrepreneur, product marketer, and investor. Devang has a computer science degree from Indiana University. After graduating, he worked for companies like Frameweld, SEI, and Morningstar in Chicago from 1996 to 2003.

In 2003, Devang founded a multi-media content company with his college friend Ashish Shah. While he was working out of Chicago, Ashish was based in New York.

However, Devang wanted to further his education. So, in the same year (2003), he moved to Pittsburg to pursue an MBA from Carnegie Mellon University's Tepper School of Business.

Soon after, he moved to Silicon Valley, where he worked with several startups as a product marketer and marketing consultant. Today, he feels that this experience helped him combine both his tech and business knowledge.

Wanting to enter the world of early-stage startup funding and investment, Devang started a small advisory company with his childhood friend in 2016.

This was when he moved to India and invested in Zaamy Technologies, an ecommerce marketplace dedicated to homemakers and Gaia Smart Cities. Since this was his first stint in India, Devang spent most of this time attending various startup events and understanding the ecosystem. It was at one of these events that he was introduced to Anthill Ventures.

Today, Devang is responsible for fund marketing, devising fund strategy, investments, and advising portfolio companies on various growth strategies. As an early-stage investment firm, Anthill typically invests in the Pre-Series A stage, where cheque sizes can range from a few hundred thousand dollars to $1 million.

In a conversation with YourStory, Devang charts his journey as an investor and his key learnings.

Edited excerpts of the interview.

YourStory: How have your different experiences shaped you as an investor? And how does that help the startups you invest in?

Devang Mehta: One of the biggest things I learned during my startup stint was to think from a business perspective. Before that, I was a technical person building software systems - more pigeon-holed. Founding a startup broadened my horizon of how products are marketed.

Later, as a product marketer and a marketing consultant, I worked on different business plans and even pitched to investors. This helped me build my network and understand the pitching experience. It also made me realise some of the mistakes startups make while trying to raise funding.

I realised that to be able to clearly differentiate yourself is an area where most startups fail, clear differentiation and a focussed market segmentation was needed.

Now, on the other side of the table, I understand business plans, personalities, marketing strategies, and what will be successful in the market.

YS: Why not continue working for startups? Why turn to investing?

It is a path that lets me use both my academic and life experiences. From marketing, tech and business development to what I learned in finance in business school, and what I have learnt about what makes businesses and people successful are all used on a regular basis in my career.

YS: As an investor, interacting with different startups, what change do you see in the Indian startup ecosystem?

DM: There is an ongoing maturity in all aspects and across all sectors. Startups are becoming incrementally better in business plans and in general, communication skills every year.

They are also becoming steadily savvy. We are traditionally a market of good engineers - not traditionally savvy or sales-driven in selling a concept in pitches to investors, partners, bankers, lawyers, and even potential employees.

YS: What are the sectors that Anthill focusses on and why?

DM: At Anthill, we broadly work in three sectors – healthtech, media tech, and urban tech/lifestyle, and have strong accelerators in these areas. There is a reason why we look at these three sectors. We are investing only in areas we have strong corporate partners who run accelerators with us.

For example, in healthtech, we have partnered with HCG, and there is a deep interest in oncology, biotech, and early-stage detection

YS: What advice would you give startups seeking investment?

DM: Be crisp and to the point while creating a business plan because it is the first point of conversation. Indian entrepreneurs believe the more information you put the better it is, but that is not the case. Less is more - a good deck is made of 10 to 12 crisp slides while the rest is explained cleanly.

Also, when you are approaching VCs, do some homework. Find out which VC is investing in which sector, what they’ve invested in, and what their thesis is rather than having a scattered approach of visiting every VC and banker.

The best way would be to connect to them through accelerators or alumni relationships or good common contact.