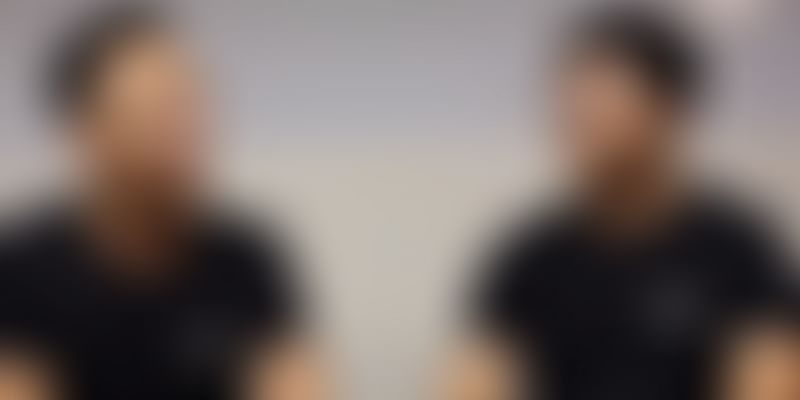 After introducing blockchain-based operating system for phones as well as a phone itself, Singapore-based Pundi X now has set its sights on the payments ecosystem with the launch of XWallet, an online blockchain-powered wallet.

Singapore-based Pundi X was started with an aim of introducing blockchain into everyday life. The global developer of blockchain-powered devices has a blockchain-based operating system (OS) and communication protocol for mobile devices, which allows users to make calls, send messages, and transmit data through a fully-decentralised blockchain network. It has also created the world’s first blockchain-backed point-of-sale (PoS) solution, called XPOS, which lets merchants and consumers transact on the blockchain in physical stores.

And last October, it announced the launch of a blockchain-powered phone, called the XPhone. The XPhone can operate independently of centralised carriers and users can route phone calls without a phone number.

Now, after the successful launch of an OS, phone, and a PoS solution, Pundi X has launched online transactions with a blockchain-powered wallet.

Pundi X was founded in 2017 by Zac Cheah and Pitt Huang. Zac has been the W3C Chair of HTML5 Interest Group, and Pitt, a serial entrepreneur, founded and sold his first Groupon-like company by the time he was 25.

Soon, you could say goodbye to your telco and switch to a blockchain-powered phone

YourStory caught up with Co-founder Zac Cheah to know more about their new product. Edited excerpts of the interview:

YourStory: How did you get the idea of this wallet?

Zac Cheah: At Pundi X, our goal is to use blockchain tech to make everyday life better. While we have products in physical retail outlets for consumers to enjoy the convenience of offline digital asset transactions, with the world accelerating into digital at every aspect, we need the medium to bridge the offline transactions to online, and vice versa.

The XWallet is a natural progression for us to combine the power of blockchain, bringing online to offline and offline to online with easy access to the digital assets at their fingertips.

YS: How does a wallet add to your vision of integrating blockchain into everyday life?

ZC: The XWallet is an important component of our payment ecosystem. The ecosystem consists of the XPOS (which is a blockchain-based point of sale device), the XPASS card (which is an NFC-powered digital asset card), and the XWallet.

With the XWallet, our users have the flexibility to pair their physical XPASS card with it, making their XPASS card virtual and accessible for all digital asset transactions. The other important aspect of the XWallet is that it’s an easy onboarding process for those who are new to blockchain and digital assets to start familiarising and experiencing the benefit of using a blockchain wallet.

YS: What about the regulatory challenges in the space, and how do you work around them?

ZC: One of our key agendas for this year is to stay ahead of the regulatory curve and make sure we remain compliant in the markets we operate in. And, as a result of this, we have actually implemented a pretty robust KYC process within the XWallet ensuring we are compliant with regulations set at large.

WATCH: Blockchain is about bringing power back to the people, says founding member of Blockchai...

YS: Where can the wallet be used?

ZC: The location will vary depending on how you plan to use the XWallet. If you want to just transfer your Bitcoin to another friend in another part of the world, there is no restriction in terms of the location. Or, if you plan to use your Bitcoin to buy a snack, coffee, or a chocolate bar, you can do that in several markets (like Brazil, Argentina, Colombia, Singapore, Taipei, Seoul, etc.) where our XPOS merchants can be found. For example, in Sao Paulo, there are numerous newsstands that are our XPOS merchants.

So, you can just walk to the newsstands and use your XWallet to purchase a chocolate bar or any snacks. Our merchants are continuing to grow, and we are in the midst of creating a list of selected XPOS merchants for our users to refer to.

YS: How is a blockchain wallet different from other fintech wallets?

ZC: The XWallet is unique and different from other fintech wallets as it’s designed to handle seamless payment transactions with the XPOS device, and it supports different digital assets like Bitcoin, Ethereum, etc.

The XWallet has gone through multiple rounds of iteration and will continue to do so to become better and more multi-purpose in terms of its usage.

For example, even though the XWallet doesn’t support fiat transactions at present, we do have plans to evolve the XWallet in the long term, so that it will become the wallet which one will use to manage both fiat and digital assets.

Finally, the XWallet is blockchain powered, so the transactions on the XWallet will not be editable. It’s immutable and secure. What we strive to achieve is that every time you use the XWallet, you will feel like you are experiencing the future.

By offering people the choice to be independent of a centralised communications network, we’ve created a new use for blockchain that can be appreciated and used by most people.

The Blockchain divide: why large corporates are delinking it from the crypto world?

YS: How does the wallet work?

ZC: It’s simple. It’s just like how a regular wallet works, but a lot simpler.

The payment is completed once you enter the six-digit passcode.

YS: What are the challenges that come with building a product like this, and how did you overcome them?

ZC: There are two key factors to consider: one is security, and the other is ease of use. Security remains our utmost importance as we have to make sure no matter what, users feel safe and comfortable storing their digital assets in the XWallet. As for ease of use, we are constantly getting feedback from our users to improve the user experience.

As it stands, we have already pushed out six updates to the XWallet in the past three months, and we will continue to fine tune and improve the XWallet. So, XWallet users, please continue to send in your feedback and suggestions. We really appreciate them.

ZC: In our quest to make the XWallet the best digital asset wallet out there, we will continue to improve and evolve it. From a short-term perspective, we are in the middle of incorporating a custom token feature where any ERC20-based tokens can be easily added to the list of supported XWallet assets.

WATCH: Why Japanese company Emurgo is setting up a Blockchain academy in India