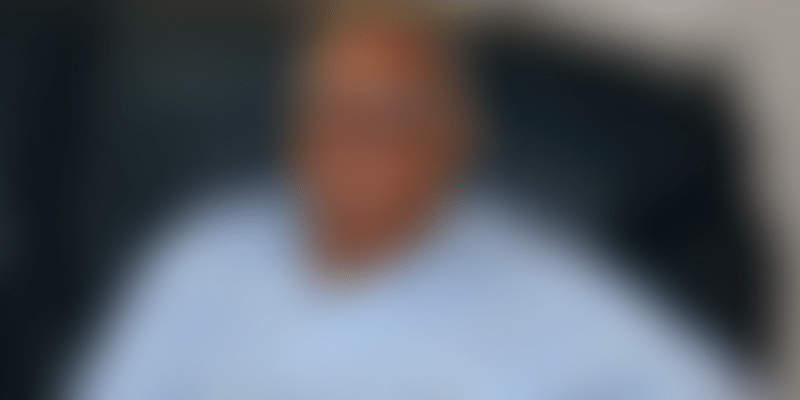 Ram Jethmalani breathed his last at his official residence in New Delhi. He was not keeping well for a few months, his son Mahesh Jethmalani told PTI.

Eminent jurist and former Union minister Ram Jethmalani, who fought some of the most difficult criminal cases and defended the accused in the Indira Gandhi and Rajiv Gandhi assassination cases, passed away on Sunday at the age of 95.

Jethmalani breathed his last at 7.45 am at his official residence in New Delhi. He was not keeping well for a few months, his son Mahesh Jethmalani told PTI.

He died a few days before his 96th birthday on September 14. Jethmalani's last rites will be performed around 4:30 pm on Sunday at the Lodhi Road crematorium here, his son said.

Besides Mahesh, the former Union minister is survived by his daughter based in the US. His other daughter Rani Jethmalani died in 2011 and another son Janak had also predeceased him.

Jethmalani served as the Union Law Minister and also as Urban Development Minister during the prime ministership of Atal Bihari Vajpayee, against whom he later contested the 2004 Lok Sabha polls from Lucknow seat. He also served as the Supreme Court Bar Association president in 2010.

"Saddened by the passing of Shri Ram Jethmalani, former Union Minister and a veteran lawyer. He was known to express his views on public issues with his characteristic eloquence. The nation has lost a distinguished jurist, a person of great erudition and intellect," the President's Secretariat tweeted.

Naidu said Jethmalani was "one of the brilliant minds of Bharat" and the nation has lost "a distinguished jurist, a great intellectual and a patriot, who was active till his last breath".

Modi said Jethmalani was "witty, courageous and never shied away from boldly expressing himself on any subject".

"In the passing away of Shri Ram Jethmalani Ji, India has lost an exceptional lawyer and iconic public figure who made rich contributions both in the Court and Parliament," the prime minister tweeted.

Home Minister Amit Shah said he was "deeply pained" to know about Jethmalani's demise and described it as an "irreparable loss" to the entire legal community.

Attorney General K K Venugopal said the country has lost its "finest lawyer" who was bold and handled the most sensational criminal cases and constitutional matters.

Solicitor General Tushar Mehta hailed Jethmalani as a "giant of a man" who was a rare combination of constitutional expertise, razor-sharp understanding of criminal law, and a "roaring tiger" when it comes to defending his clients.

Congress President Sonia Gandhi extended her condolences on the demise of Jethmalani, to his family and friends. Former prime minister Manmohan Singh hailed him as "an able administrator and a seasoned parliamentarian".

The Congress, on its official Twitter handle, said: "We are saddened by the loss of former Union Minister and veteran lawyer Shri Ram Jethmalani. Our thoughts & prayers are with this family today."

Jethmalani was elected as a member of Parliament in the sixth and seventh Lok Sabha on Janta party and BJP tickets, respectively from Mumbai in 1977 and 1980. He came back to the BJP in 2010 and was elected to Rajya Sabha on the party's ticket from Rajasthan.

In 2013, Jethmalani was expelled from the BJP's primary membership for six years for "breach of discipline" and "anti-party" statements. He later filed a suit against the BJP for expelling him and sought Rs 50 lakh in damage. The matter was amicably settled after Shah expressed "regret" over his expulsion.

Born in Shikarpur in Sindh province (now in Pakistan) in 1923, Jethmalani obtained a law degree at 17. As a lawyer, he rose to fame in 1959 when he was a prosecutor in the K M Nanavati vs State of Maharashtra case in which a Naval Commander was tried for the murder of his wife's lover.

His other high-profile cases included the Indira Gandhi assassination case in which he appeared for the accused. He defended Rajiv Gandhi's assassin in Madras High Court in 2011; Harshad Mehta and Ketan Parekh in stock market scam cases; Delhi University professor SAR Geelani in the Parliament attack case in 2001; and represented Manu Sharma, son of an influential Congress leader, in the Jessica Lal murder case.

Jethmalani was the lead petitioner in black money case during the previous UPA regime in the Supreme Court where he had argued for bringing back illegal money stashed in foreign banks.

Jethmalani had asked 10 questions per day to Rajiv Gandhi in the Bofors payoff case. He also defended the Hinduja brothers in the case in which the Delhi High Court had quashed all charges against them and others under the Prevention of Corruption Act.

He also represented Arvind Kejriwal in civil and criminal defamation cases filed by former finance minister Arun Jaitley against the chief minister in the Delhi High Court. He also appeared for Reliance Natural Resources Ltd in the dispute over gas supplies between the Ambani brothers.