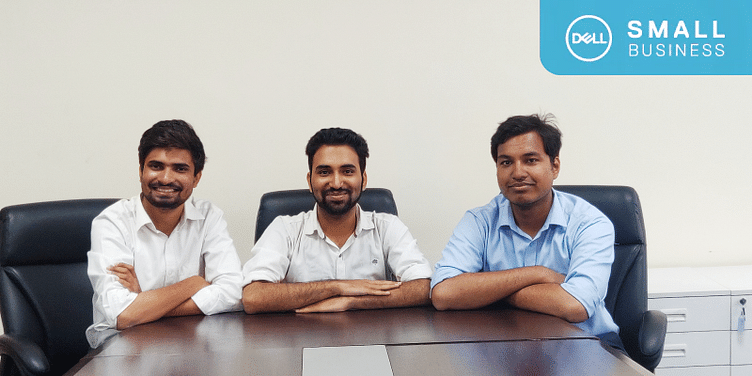 For parents, finding the right school for their children is a major milestone and one that’s not easy to reach. From extensive research, both online and word-of-mouth, to taking off from work to visit the schools in person, to keeping up with deadlines related to applications can be quite challenging. Even for schools, it’s an equally daunting task to manage the volume applications they receive, and verifying documents to choose the right students. This is where Edunify aims to make life easier for both parties.

Founded in 2018 by Mohammad Yousuf, Harsh Karamchandani and Mohammad Haroon Beg, the Lucknow-based web platform simplifies and automates the school admissions process. Back in 2017, the trio had started an ERP company to help local businesses, including schools in Sitapur and Lucknow, file GST returns and manage their accounts, something that a lot of businesses were struggling with at that point in time with the introduction of GST in India.

While working with schools, they got to witness the problems that they faced firsthand, especially with the admission process. A majority of school management processes were manual and required a lot of physical effort and labour. On the other hand, parents ended up making repeated trips to multiple schools for admissions and had to stand in long queues. This led to the idea of Edunify.

Mohammad Yousuf, Edunify’s CEO, had been working in the education space for over seven years before he co-founded the company. His entrepreneurial instincts were sharp right from the time he was a student. In fact, during his time at Lucknow’s La Martiniere College, he and Harsh worked together to organise large scale interschool competitions, which piqued their interest in entrepreneurship. Harsh went on to do a course in entrepreneurship following which he decided to solve at least one societal problem using the power of technology. Today, as the CTO of Edunify, he is doing exactly that.

Haroon, on the other hand, is from a business family, but was never interested in business. Instead, he wanted to do something different that would have a significant impact on society. Having worked with various institutions and companies within the educational space, and hearing about Edunify and its potential, awakened Haroon’s entrepreneurial side. He promptly quit his high-paying corporate job and came on board as CMO of Edunify.

Focus on selecting the best schools and students

Edunify helps institutes simplify their manual processes and makes the admissions process easier for parents. Their product Uniform Application is an end-to-end web platform for admissions and enables schools to replace their pen and paper admission forms with an online application form. From form distribution to result declaration, Uniform Application takes care of the entire procedure. Not only does this reduce the time and effort involved in the admissions process, it also increases visibility. They can schedule interviews/tests for applicants at a single click, and the platform automatically verifies documents submitted by applicants using government databases.

Using the common application form and for a minimal charge, parents can apply to multiple schools at once from the comfort of their homes. Uniform Application is also a pan-India school listing platform that provides more visibility about schools and allows parents to get accurate and updated information about schools within most major cities like Lucknow, Gurgaon, Noida and others. Their dashboard also allows you to keep track of all your applications in a single place, and parents are informed about the status of their application in real time using email and SMSes.

Growing amidst the challenges

The bootstrapped startup faced its fair share of challenges while starting up but have evolved over time. “The edtech space is a fairly interesting sector to work in. When starting, we faced a number of issues and were turned down by many schools in the city. Several schools were sceptical and felt that parents are not technologically-friendly enough to use an online platform. Other schools felt there was no need to go forward with any kind of change,” says Harsh.

Since then, the situation has improved to an extent. They have now partnered with a number of schools from 12 cities across India like Lucknow, Gurgaon, Noida, Chennai, etc and helped over 15,000 parents.

Over the last year, the company has grown from just the founders to now a team of seven. In 2018, they were selected for the Y Combinator Startup School from a pool of 15,000 applications. Currently, they are incubated at iB Hubs, an incubator recognised by the Uttar Pradesh Government.

The road ahead for the startup

Currently, Edunify’s primary focus is to digitise as many schools in Lucknow as possible. "Once we feel that this goal has been satisfactorily accomplished, we plan on expanding our team and proceed to digitise the schools in other nearby cities,” says Harsh.

Going forward, they would like to make Edunify the biggest admissions and school listing platform in the country while continuing to make the process of school admissions in India hassle-free, simple, and accessible for both schools and parents across most cities and towns.

How Dell empowers Edunify on its journey

The entrepreneurial journey is incomplete without several product trials, hours of market research, and hectic client meetings, all of which need solid technological support and backing. The Edunify team says that Dell has played a crucial role in their startup journey. The first version of their platform was completely developed, tested and launched using a Dell laptop. “Till date, members of our tech team continue to use Dell laptops for continued development and innovation for our products and services,” says Harsh.