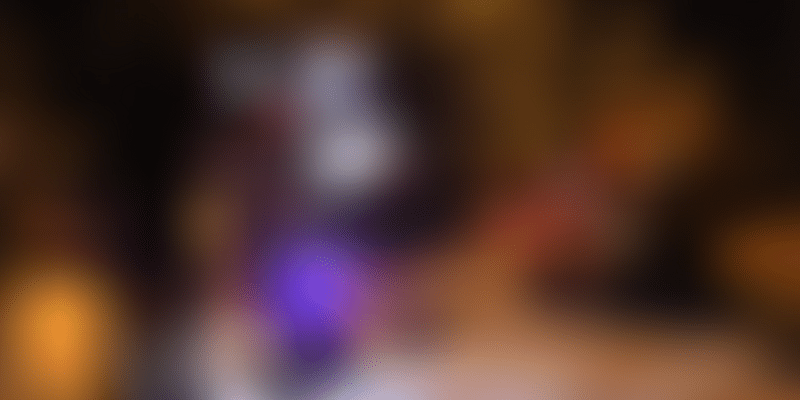 In recent years, Thiruvananthapuram has grown to offer more than the popular British colonial architecture, art galleries, and pristine beaches. Its nascent but thriving startup ecosystem has carved for itself a niche among India Inc.

Going beyond the metros and other business hubs, the country’s backwaters now seem to prove lucrative for entrepreneurs. With the lure of its inexpensive workforce and immense resources, Kerala has registered considerable interest from global investors and is fast evolving into one of the country’s prime startup hubs.

According to YourStory’s research data, only one Kerala startup, enterprise software company Corporate360, had raised funding (of $200,000) in 2015. Following a lull, 11 funding deals were closed in 2018 and the first four months of 2019 in the state, with startups raising a total of $1.77 million in funding.

A report by the Kerala Startup Mission (KSUM)—a central agency of the state government for entrepreneurship development and incubation activities —states that 1,500 startups have registered with the Department of Promotion of Industry and Internal Trade (DPIIT) to date. However, about 2,200 startups are said to be contributing to the country’s startup wave from Kerala. This number was pegged at a mere 325 in 2016 and 757 in 2017.

In Kerala’s startup ecosystem, its capital city of Thiruvananthapuram, or Trivandrum, has made its own mark. Among other developments, it recently hosted the second edition of ‘Huddle Kerala’, one of Asia’s largest startup ecosystem congregations.

[Startup Bharat] Kerala CM woos startups from across the globe to make God’s Own Country their ...

YourStory lists a few of the startups that have emerged from the capital city of God’s Own Country.

Digital Arts Academy for the Deaf (DAAD), as the name suggests, is an edtech product startup focusing on delivering accessible technical education to the deaf across India.

Incorporated in April 2018, DAAD was founded by Remya Raj, Sulu Naushad, and Abey James. It has launched a web/desktop hybrid application that enables deaf students to access offline and online courses, mostly in information technology. The courses are available in ISL, Natural Sign Language, and context-translated sign language with English subtitles, making it an accessible model.

According to the startup, a majority of the platform’s users are aged under 30.

DAAD claims to be the first startup exclusively serving the deaf. It began operations with a seed fund of Rs 1 lakh provided by KSUM. While the platform is free to use for basic courses, it also offers paid courses on different subjects, including software use and other topics in information technology. Users are charged only for the courses they opt to take.

Swapp is a B2B2C platform based out of Thiruvananthapuram. Its app enables consumers to directly interact with businesses, organisations, and individuals who are a part of their daily lives.

Swapp essentially helps businesses and organisations build an app and connect with their customers and associates directly without relying on chat platforms. Its theory is simple – why spend thousands of dollars when you can have your own app for less than the cost of a taxi ride?

Swapp was ideated in 2015 by Bavani Srinu and Ashwin Panicker. The duo ran a pilot in Kochi and finally launched the startup in Thiruvananthapuram in November 2017. The startup e-enables small businesses and supports them in going digital to avoid losing their market share.

The basic version of the platform is available at Rs 499.

The startup, founded by college-mates Arun Satyan and Mahesh Raju, aims at effective leveraging of technology to improve communication with candidates, understand their proficiencies, and improve the overall recruitment process.

Its services include matching applicants’ CVs with job requirements, parsing relevant information, crawling the web for details, curating social data, and a chatbot. Hyreo reaches out to candidates via email and SMS.

The platform provides a 24X7 automated chatbot that facilitates interactions between hiring teams and candidates, assessment of capabilities, provision of feedback, and creation of a predictable experience for everyone involved.

The chatbot initiates human-like conversations with candidates to share relevant information about the job and hiring company, understand the interest level, and conduct a first-level technical screening based on the skills registered.

The founders initially invested Rs 65 lakh in the company. The startup later raised an angel round of Rs 50 lakh. It has also won the Kerala Government grant of Rs 12 lakh under the Idea Day initiative run by the KSUM.

Bandicoot, a 50-kg, remote-controlled robot developed by Thiruvanthapuram’s Genrobotics, seeks to bring an end to manual scavenging. When sent down a manhole, the spider-shaped robot spreads its ‘limbs’ to remove sewage. Its robotic arms integrate 360-degree motion to sweep a manhole’s floor and collect filth.

Genrobotics was founded in 2015 by science- and Iron Man-lovers Vimal Govind MK, Arun George, Nikhil NP, and Rashid Bin. They claim to have rehabilitated more than 100 manual scavengers to date.

Priced between Rs 15 lakh and Rs 35 lakh, Bandicoot has been deployed in five states: Kerala, Tamil Nadu, Andhra Pradesh, Haryana, and Gujarat. It will soon make its way to the Middle East.

The team has so far built 15 robots and works with municipal corporations through two models, sale and rental.

The coaching programmes are available at Rs 20,000 per year for classes 7 to 10 and at Rs 30,000 for classes 11 and 12. ConceptOwl’s facility replaces teachers with trained local facilitators or instructors who use engaging video recordings of high-profile teachers imparting lessons to provide an exceptional learning experience.

The startup plans to build the largest doubt-solving repository of FAQ videos powered by AI and produce more engaging video-based content in Hindi and other vernacular languages.

Rajan aims to reach 100 locations by the end of this year and is focusing on the South Indian states of Kerala, Tamil Nadu, Karnataka, and Andhra Pradesh.

ConceptOwl recently receiving funding of Rs 3.5 crore from seed-stage investment platform Indian Angel Network (IAN). It will utilise the funds to enhance and diversify its offerings and to bolster its sales and marketing operations.