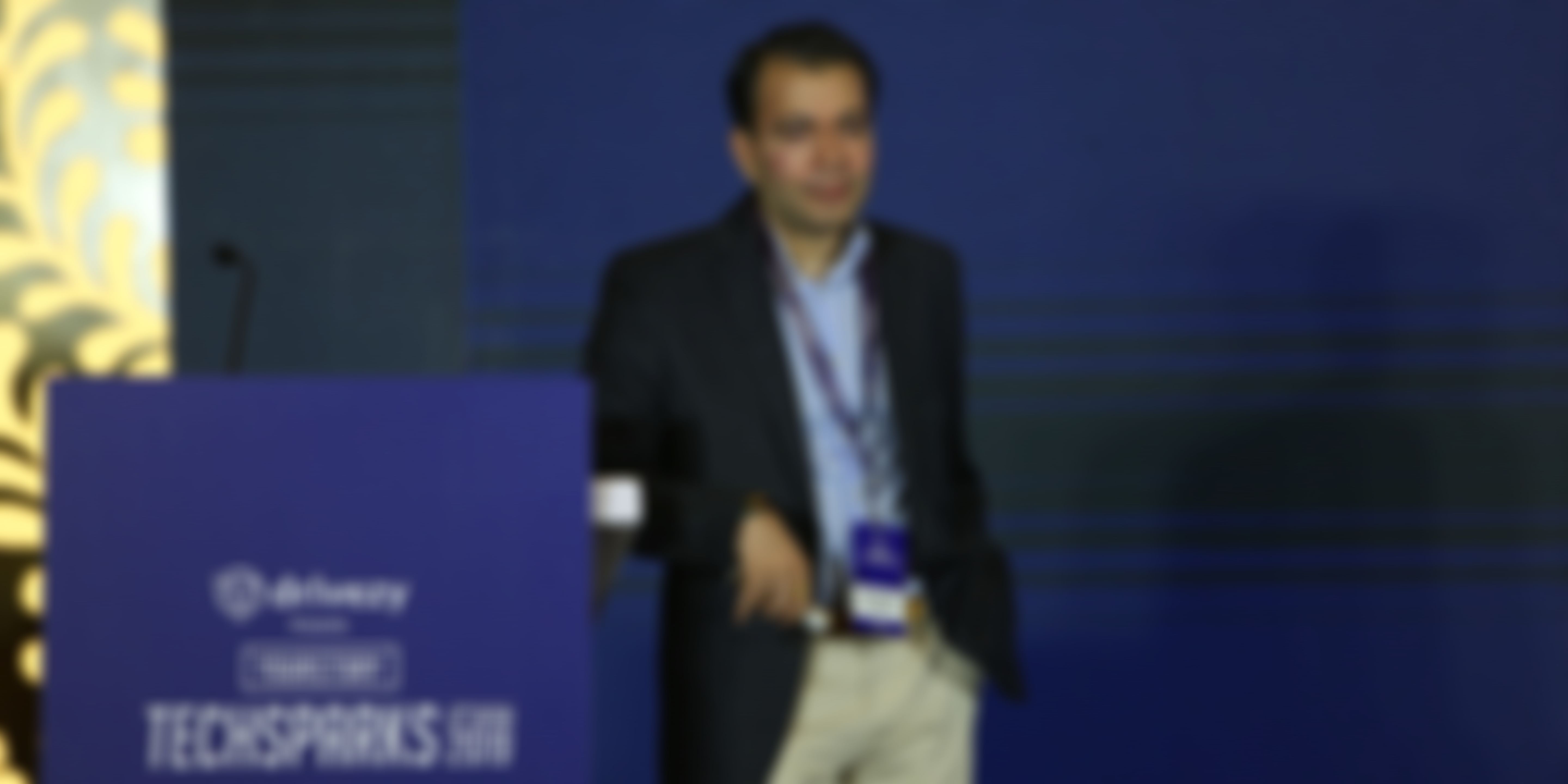 Kumaar Bagrodia, Founder and CEO of Mumbai-based NeuroLeap, talks about how his startup, which uses advanced brain-computer interface-based technology to understand brain activity, can help us understand what is going on in the human brain.

Hustle has become a universal culture. And the good and bad that has come out of it is highly debatable. There has been ample innovation and disruptive ideas, which opened new ways. At the same time, amidst rising innovation in the connected and information age, our attention span is degenerating. And attention is one of the many features concerned with the brain.

Kumaar Bagrodia, CEO and Founder of neuroscience startup NeuroLeap, relayed some lesser known facts about the human brain. The brain that handles an average of hundred trillion of neuron connections, consumes 33 percent of energy and blood oxygen.

And that struck a chord with the audience at YourStory’s technology and startup conference TechSparks. When asked who wants better sleep, attention, and deal better with stress and anxiety, the room saw many hands up.

Mumbai-based NeuroLeap uses Brain Computer Interface (BCI) technology to understand the brain and help enhance it. The use of computer technology, Kumaar says, is because the human brain is far too complex for another human to comprehend.

According to Kumaar, the technology is backed by NASA, Defence Advanced Research Projects Agency (DARPA), National Institute of Health (NIH), and the US Army. It is also registered with the US Food and Drug Administration.

The need for feedback

An entrepreneur venturing into the healthcare sector himself, Kumaar pointed out several basic tools used to determine certain aspects of our health. And that while there is technology to give data for every part of the body, there isn’t one for the brain.

“Electrocardiogram (ECG), thermometers, and Fitbit all represent innovation in healthcare. These are nothing but ways to understand your biology by getting a feedback,” Kumaar explained, and delved further, stating that almost all households now own a weighing scale.

In the same fashion, he explained, the brain, which is a powerhouse of the human body that processes massive information every millisecond, can be at its best when it performs based on feedback.

Shedding light on how NeuroLeap’s centres in Delhi and Mumbai work, he said, “We acquire brainwave data in real time by putting about 160 sensor points on your brain. Four times in a second, we check which part of the brainwaves are deviant. And we reward the few brainwaves that were just fine in that four quarter second.”

This operant conditioning of reward is given through a signal on a screen, all in one second. “In 30 minutes, you will be rewarded a thousand times which would have taken a year otherwise,” he added.

Citing a relevant example, Kumaar shared that parents hit children when they put their fingers in the socket because it will electrocute him. And in a millisecond, the association of putting his finger in the socket and pain is registered in the child's brain. So, he does not repeat the mistake to avoid the beating. NeuroLeap applies a similar philosophy.

We are about the brain, not the mind

Kumaar then latched onto drawing the line between brain and the mind, and which of the two his startup NeuroLeap is gaming on. He established that the brain is the closest physical access to the mind, which is intangible and fickle.

It creates impressions every once in a while, leading to constant changing of people’s taste in music, dressing sense, and other matters. “While a Shahrukh Khan fan will probably remain a Shah Rukh Khan fan, they will also start liking newer stars and actors,” he said.

The recovery activities such as listening to the motivational podcast, radio, positive messages on WhatsApp and Instagram is healing to the mind and not the brain. And while tending to the mind is important, Kumaar laid emphasis on looking out for the hardware that is the brain.

The likely growth of brain

The premise of his enterprise is based on neuroplasticity, which states that brain changes throughout its living life and neurofeedback to train it. “Till the 1980s, it was a medical myth that once you are an adult, your brain cannot change. Around five years later, neuroscientists proved it to the medical fraternity that brain does keep on changing with new neurons growing every day,” Kumaar shared.

On average, a person loses about 70,000 neurons daily, which answers the misconception that it is difficult to learn new things at an older age.

And that exercise to the brain enables it to perform the best. In an earlier interaction with YourStory, Kumaar cited Malcolm Gladwell’s words in Outliers, which states that it takes 10,000 hours of practice for a man to achieve a high level of precision in anything, saying the same is the case with the brain and its emotions as well. However, neurofeedback is still a disputed area among psychiatrics.

Kumaar is also a member of the National Startup Council of CII and Apex Council of the India Innovation Initiative.