TechSparks 2019: The growth of spacetech in India and the fuel for its future 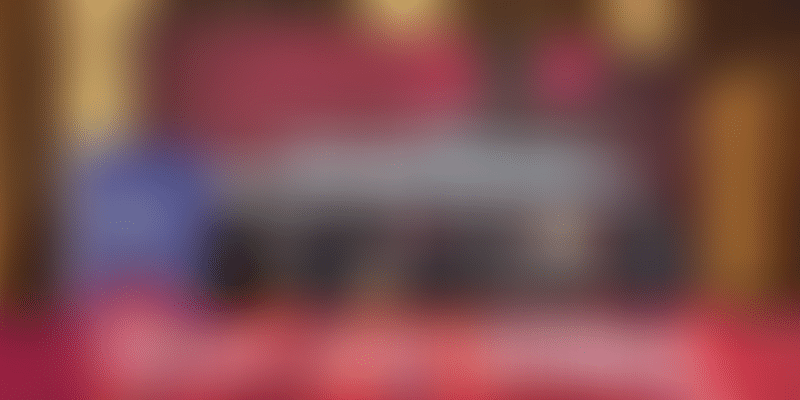 At the 10th edition of YourStory's TechSparks, a panel explored the scope of investments, required policies, and several other factors that will help Indian spacetech startups grow.

It was over 10 years ago when Elon Musk's SpaceX broke the norm by announcing that the company will launch rockets - something only government agencies had done until then - for private. Today, the spacetech ecosystem across the globe has grown significantly into a $350 billion market, thanks to the rise in the numbers of private players.

Just in the last year, investment in spacetech startups was nearly $3.2 billion.

As a buzzing industry around the world, spacetech is now attracting many countries and corporates. In fact, due to technological developments, sending satellites and human beings into space is no longer limited to government agencies.

Similarly, in India, spacetech has garnered a lot of attention. The Indian Space Research Organisation (ISRO) recently launched Chandrayaan 2, a lunar mission to the South Pole of the Moon. This helped the country cement its position as a contender in spacetech. Though the mission did not go quite as planned, ISRO was applauded for its efforts.

To understand a bit more about the Indian space ecosystem, YourStory organised a spacetech panel, ‘The Rise and Rise of Indian Spacetech Startups’ that included policymakers and entrepreneurs both.

When talking about satellites, we generally mean the multimillion dollar ones that weigh tonnes. But, things have changed, thanks to technology miniaturisation. Today, small satellites can be built in less time and launched at a very feasible cost.

Saurabh added, “The demand has also increased significantly. Image data and analytics are growing by 30 percent every year, and for the next decade, it's going to maintain the pace.”

Also, Kshitij believes that it’s not just the market - it’s the genuine interest of the people that has boosted the interest towards space.

Access to space has been democratised. Thanks to institutional support like the National Centre for Combustion Research and Development at IIT Madras, people can now pursue their interest in this domain.

“It is also the right time for spacetech companies to come up in India because of the infrastructural support, and the requirement by the ecosystem is being met”, Yashas said.

If observed, in the past 10 to 12 years, the ecosystem has been very fertile and people have stepped out to start innovating on their own.

Vishesh added, “India has got a pool of highly skilled minds, which has brought us regards and respect from other agencies across the world.”

Undoubtedly, education has played a vital role too. Pranay said that institutes like the Indian Institute of Space Technology and Education Research helps in creating a great pool of talent.

For investors like Vishesh, the white spaces in technology and the business model is what attracts them.

For instance, Bellatrix Aerospace decided to focus on the white space of changing the propulsion from fuel-based to electrical-based, making satellite operation more efficient and productive. This technology isn't just new, but it is also bringing down manufacturing and launch costs.

In India, investment in this sector has only been $21 million in the last four years. The reason for low investments, said Saurabh, is the high gestation period taken by space technology to mature.

There is a need for deep reform because, in India, the government itself is the single player in multiple roles of solution providers and regulatory bodies. This way, attracting investments isn’t possible.

Pranay explained “We need urgent reforms as the institutional design of space governance in India is flawed. We need to think beyond the privatisation vs nationalisation debate: both the government and private players are equally needed. Second, we need to separate the steering functions (policy, regulatory) from the rowing functions (service, delivery, compliance). Currently, they all are rolled into one government department. This is not the way to go, we need a separate regulator that provides a level playing field to the government agency and the private players.”

What are the risks? The panel listed many. For one, there should be continuous investments from Indian VCs from development to commercialisation. If the risk is not taken at an early-stage, the startup will end up going abroad.

“There are export control regimes, market, technology, regulatory risks. You need a market for your technology and is a difficult challenge, technology risk, and regulatory risk because of the import and export regime. You just have to set your timeline according to the regulatory timeline”, said Kshitij.