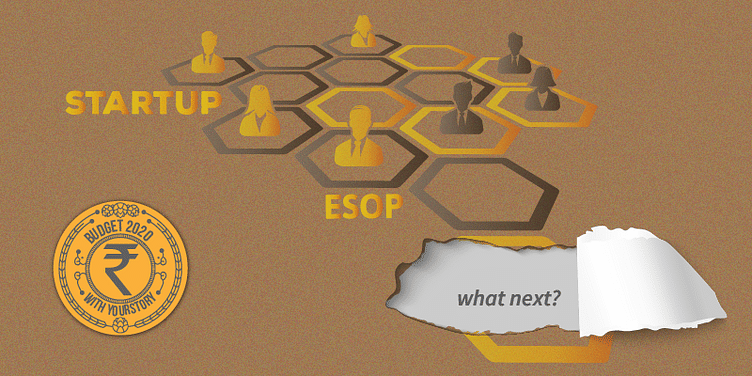 Nirmala Sitharaman has proposed deferring tax payments on ESOPs by five years or till employees leave the company or sell shares, whichever is the earliest. Founders and investors feel that this is a good first step, but there’s a long way to go.

Big and small companies across the world have for long derived benefits from Employee Stock Options (ESOPs), which give employees ownership interest in the firm. They help attract and retain talent, create more engaged employees, and provide a cost-effect company benefit.

In India, the conversation for some time now has been around the tax burden ESOPs cause to employees and the complex legalities surrounding them.

But Nirmala Sitharaman’s second Union Budget aims to change all that. In her Budget 2020 speech, the finance minister said that during their formative years, startups generally use ESOPs to attract and retain highly talented employees. “Currently, ESOPs are taxable as perquisites at the time of exercise, and this leads to cash flow problem for employees who continue to hold them for the long term.”

She then went on to give the startup ecosystem a boost by proposing to “ease the burden of taxation on employees by deferring the tax payment (on ESOPs) by five years or till they leave the company or when they sell their shares, whichever is earliest.”

But does this help startups and employees at large? The details lie in the fine print. The ecosystem feels the ESOP boost is a big first step, but that there’s still a long way to go.

Albinder Dhindsa, Co-founder and CEO, ﻿Grofers﻿, said, “We are happy that the Budget has given a much-required push on creating more opportunities for entrepreneurs and the digital startup ecosystem. The reforms on tax on ESOPs will help attract and retain good talent.”

However, taxation on ESOPs isn’t that simple. The amount of liquidity needed for the employee to pay the taxes is high.

The two levels of taxes

“At present, startup employees are required to pay tax whenever they sign up for ESOPs with a vesting schedule, and also pay taxes on capital gains whenever they redeem their ESOPs. The minister has proposed deferring the tax payment by five years, or until employees leave the company, or when they sell their shares—whichever is earlier.”

It is important to note is that as per the Income Tax Act, 1961, employees who are allocated ESOPs are taxed at two stages: first when they exercise the option to buy the shares on completion of vesting period ( upon allocation), and second when they choose to sell the shares.

In the second stage, the transaction of the sale attracts capital gains tax. This can be long term or short term, depending on the holding period (starts from allocation date). The periods are different for listed and unlisted shares.

More needs to be done

Vivek Gupta, Co-founder, ﻿Licious﻿, says: “It is great to see the government acknowledging the ambiguity around ESOP taxation, but limiting it to factors such as turnover of Rs 100 crore, five years of employment, or when the employee leaves the company might not fully solve the problem. I would urge the government to spend some more time analysing the issue and craft a more inclusive policy. Nevertheless, this is progress in a positive direction.”

The fact that ESOPs are still heavily taxed, but the taxation has been deferred isn’t lost on founders.

Prateek Mehta, Chief Business Officer, ﻿Scripbox﻿, feels that ESOPs not being treated as perquisite for a five-year window is positive. But he says it would have been ideal for the tax liability to be moved only to the point of liquidity - as these cycles are long in startups.

While it is a first step towards change, the problem still remains and the high taxation on liquidating ESOPs will continue to be challenge.

Rajat Tandon, President, Indian Private Equity & Venture Capital Association, IVCA, says, while the step to defer the liability of taxation in case of unlisted ESOPs is great, IVCA had recommended complete removal of tax at the time of issue. Meaning ESOPs be taxed only at the time of sale of shares, and not at the time of allotment.

Mitesh Shah, Head of Finance, ﻿BookMyShow﻿, believes taxation related to ESOPs as perquisite and removal of DDT are significant moves. “However, the benefits of taxation relief on ESOP should be expanded to companies at various stage of growth.”

Clearly, founders feel that deferring taxation to the point of sale would help make ESOPs a strong tool to attract talent.

“If checks and balances need to be put in place, there can be a demat account for shares. As per the ESOPs act, you are mandated to say who are the people who exercised shares and at what point. Demat accounts create a central repository, and the number of people trying to circumvent the process drops significantly.”

He added that with TDS, every single employee detail can be easily matched with the PAN and ﻿aadhaar﻿. The company can create a depository to show the employee has ESOPs and is a part of the system.

“Defer it to the point of sale, and try extending it to all private companies. The complexity will then reduce,” said Ganesh Raju, Founder of Turbostart.