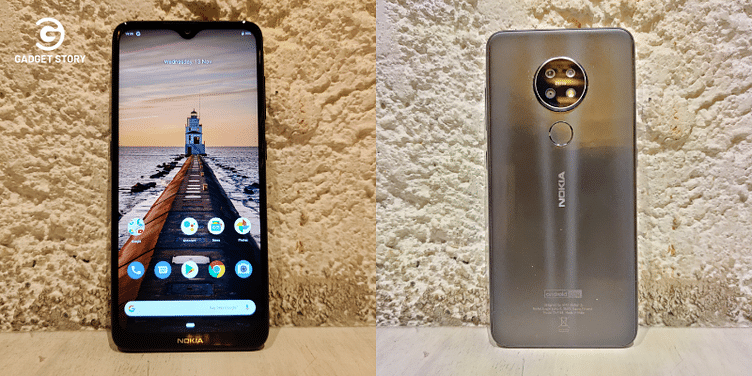 Nokia needs a hit to stay alive in the competitive sub-Rs 20,000 smartphone segment in India. Let’s find out if its new device, the Nokia 7.2, fits the bill.

Nokia is in desperate need of a hit in the smartphone segment. Since the Nokia 7 Plus, the company hasn’t had much luck in this market. Even the Nokia 8.1 needed a price cut to compete.

Now, its parent company HMD has finally refreshed the Nokia 7 series with a new mid-range device – the Nokia 7.2. But can it compete against the Redmi K20 or the Realme X and even the Nokia 8.1, which got a recent price cut?

The Nokia 7.2 has a 6.3-inch Full HD+ screen with HDR10 support. The device is powered by Qualcomm’s Snapdragon 660 Processor. It is available in two variants – 4GB and 6GB RAM – bundled with a 64GB storage.

The phone has a triple-camera setup on the rear – a 48-megapixel primary sensor, an 8-megapixel wide-angle lens, and a 5-megapixel depth sensing camera. The Nokia 7.2 has a 20-megapixel selfie shooter in the front.

The device comes with 3,500 mAh battery, and runs on Android 9 Pie out of the box. (It is expected to receive the Android 10 upgrade shortly.)

The pros: display and OS

Nokia phones have always been known for their good displays. And, the 7.2 is no different. Its 6.3-inch FHD+ display is bright and vibrant, both indoors and outdoors, and offers punchy colours. Reading is easy even if the text is small in size.

The viewing angles are great too while watching HD content on streaming apps. The adaptive brightness on the device works just fine, unlike that on the OnePlus 7T.

In terms of design, the Nokia 7.2 looks premium. It’s got a matte finish unibody design with thin bezels all around (except at the bottom where the Nokia branding is etched). The device houses a water-drop, which veils the front camera. The entire build feels solid and can be gripped well.

Like the Nokia phones of yore, the 7.2 is fall-proof too.

On the OS-front, HMD Global uses the stock Android interface. This means that 7.2 users stand to receive security updates as soon as Google releases them.

Battery life on most recent Nokia handsets have been impressive and the Nokia 7.2 is no exception. One could easily get a full day’s worth of battery life with over five hours of screen-on-time (SOT). That’s without any long periods of gaming. If you are a regular user, that’s sufficient battery life on the device.

But, the 3,500 mAH battery will not last overnight. Hence, remember to plug it in before going to sleep. Things could, however, improve slightly with software optimisations on the next update.

Camera-wise, the Nokia 7.2 has mixed offerings. As the Nokia 8.1 had a great camera setup, one would have expected a little more from HMD on the 7.2 too.

Instead, we get a triple-camera setup that produces good-looking shots in the day but isn’t all that impressive in low-light conditions. The camera struggles to capture finer details in low-light even with a dedicated ‘night mode’. The wide-angle camera is a bigger letdown with photos lacking dynamic range.

The camera is best used in the manual mode, but that is not built for amateurs either.

On the audio-front, Nokia 7.2 sports average speakers. While the vocals are clear, the instruments feel suppressed. It is just not loud enough for a large room and leaves you feeling unenthused

In terms of device performance, the dated Qualcomm processor serves it purpose as a regular device, but gaming and multitasking takes a toll on it. One would have hoped HMD Global to have upgraded it.

The 7.2 also lagged while switching between apps or opening multiple browser tabs. But as long as you don’t strain the device, it runs fine.

Call audio quality on the Nokia 7.2 is poor. While I could hear the other person clearly, they could not hear me, and thus began a painful experience of communicating.

Also, the device lacked consistency of speeds while using its hotspot.

Verdict: To buy or not to buy?

However, a few things work in favour of the 7.2 –classy design, great display, stock Android, and decent single-day battery performance.

Although, the smartphone falls short on the camera and processor fronts.

It might be a hard sell for Nokia now, but once the 7.2 receives the inevitable price cut, it could enter your consideration set if you’re looking for a mid-range device.

The Nokia 7.2 could also be your secondary device if you already have one for your high-performance and extensive camera needs.