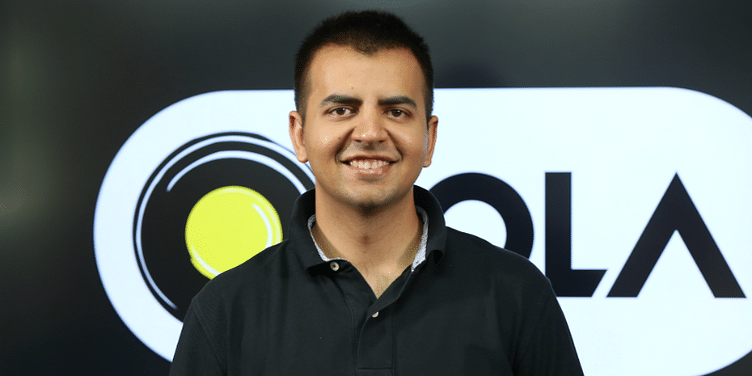 Among the other ride-sharing and taxi app companies that found themselves a spot in the global ranking were Uber, Grab, 99, DiDi, Gojek, BlaBlaCar, Lyft, and Yandex.

Bhavish Aggarwal and Ankit Bhati founded ride-hailing unicorn Ola, has nabbed the third rank on a list scoring the top ride-sharing and taxi apps for Android across the world. The Indian company made it to the list, compiled by app research firm Sensor Tower October 2019.

Among the other ride-sharing and taxi app companies that found themselves a spot in the global ranking were Grab, 99, DiDi, Gojek, BlaBlaCar, Lyft, and Yandex.

The ranking comes as quite a validation for homegrown unicorn Ola. With a valuation of $6 billion – as per our last report – the ride-hailing startup, at the moment, is reported to be present in 250 cities across India, Australia, New Zealand, and the UK.

The company has also branched out in recent times. Ola entered the cloud kitchen business earlier and formed an electric vehicle entity, Ola Electric (which also became a unicorn), and more recently, it entered the self-drive segment with Ola Drive.

But more importantly, every Ola trip in India is profitable today as its India business operationally broke even in July 2018. If all goes well, the Bengaluru-based company might be even gunning for an IPO in the next 18 to 24 months.

“We’ve built a stable business and now we want to go global. Our ambition is to build an Indian consumer business on a global scale,” Bhavish Aggarwal, Founder and CEO of Ola said during YourStory’s flagship event, TechSparks 2019.

He added, “The domestic market is complex, but in the next decade, there will be several Indian brands, and in mobility, we want to be the leading player.”