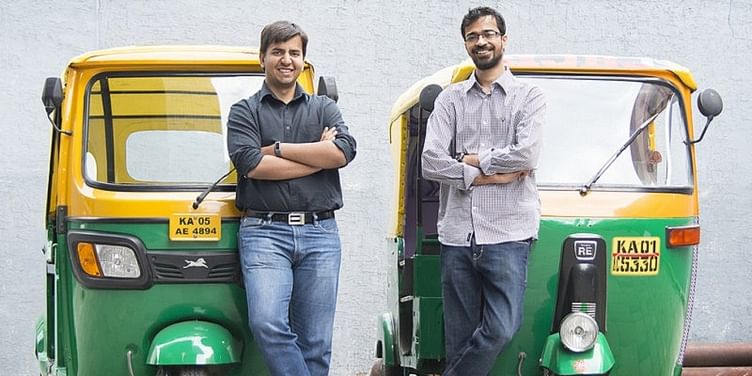 Ola is gunning for an IPO in the next 18 to 24 months. But what key shifts did the company make to ensure it is profitable?

It has been quite a ride for homegrown unicorn Ola. The ride-hailing startup, valued at $6 billion, is now present is 250 cities across India, Australia, New Zealand, and the UK.

The company has also branched out. It entered the cloud kitchen business, formed an electric vehicle entity Ola Electric (which also became a unicorn), and more recently, entered the self-drive segment with Ola Drive.

The startup has raised $3.5 billion to date and counts marquee names like Temasek and Softbank as its investors. It is also known to have received the largest domestic investment made by a single individual (Sachin Bansal). And the coffers are still getting filled. According to sources, Ola is in advanced talks to raise about $150-200 million (Rs 1,050-1,400 crore) in funding from tech giant Microsoft.

But, more importantly, every Ola trip in India today is profitable as its India business operationally broke even in July 2018. While the overall business isn’t profitable yet, Ola’s RoC filings are optimistic ­­­– revenues have been doubling and losses have halved.

In ride-hailing terms, the startup is effective net take rate (ENTR) positive in India, meaning it is working on reducing incentives and customer acquisition costs. In fact, it is even gunning for an IPO in the next 18 to 24 months.

All this despite the many regulatory challenges it faced in Bengaluru earlier this year.

Every ride-hailing entity goes through the same vicious cycle of business – give incentives to customers to increase demand, spend on having enough supply (including incentives to driver partner) to cater to that demand, make sure you have enough demand to justify the additional supply, and so on.

“In any consumer facing ride-hailing business, these are the two main sources (customer acquisition and supply retention) that bleed a business,” said a highly placed source in Ola.

In India, Ola claims to have over 125 million users and more than one million driver partners. It is serving as many as one billion rides every year through its platform.

Two years ago, the scene was different. Ola was in a tough battle with San-Francisco based ride-hailing giant Uber, and the team was focused on aggressive market penetration.

Ola was losing close to Rs 200 per ride with driver incentives as high as 25 percent. Today, incentives for drivers have dropped to five to six percent while the startup continues to get its commission of 20 percent.

Since 2017, the team has also been progressively working towards dropping supply retention costs.

“The 20 percent commission ensures that we can easily take on a five to six percent incentive. Despite the drop in incentives, we have been able to retain supply by ensuring continued revenues to drivers,” the source said.

How does this continued revenue work?

The team decided to work around building its own fleet business: Ola Fleet Technologies. It now owns 100,000 vehicles that it leases to drivers, who, in turn, pay a monthly amount to Ola.

For the marketplace business, where drivers have the liberty to choose rides and number of trips, their revenue is based on number of rides and higher ratings, performance quality, and consistency of riding on the platform.

Apart from this, the startup has also dropped customer acquisition costs by 50 percent by reducing its discounts.

Not incentives, but categories

According to its RoC filings, the costs for advertising and promotions in FY18 had dropped to Rs 285 crore from a whopping Rs 438 crore from FY17.

Instead, the company chose to diversify its offerings. “In the past 24 months, we focussed on increasing our range of categories. This gave the customer choice to choose from a bike or auto in some cities to an SUV or more convenient options of rental or outstation,” another source said.

At TechSparks 2019, Bhavish said, “We are looking to offer the whole spectrum, where consumers can look at any form of mobility.”

There’s also the ride-sharing option. “A focus on increasing penetration of shared mobility is going to be a big focus in India,” the CEO added.

The diverse category play also gives Ola the flexibility to play with margins. While the margins for Ola Auto and Micro rides are lower, the volumes are nevertheless higher.

“In many cases, Micro was the first introduction to a cab for many Indian commuters. The number of users on Micro and Auto keep significantly doubling,” a source said.

While margins on other categories like Prime are higher, the volume is comparatively lower.

Perks of the Play

“One of the biggest differentiators for Ola has been the creation of Ola Play and Auto connect. It was a trump card that worked in its favour when it was battling Uber. Play ensured consumer stickiness of people willing to pay a little higher for a productivity hack when they are waiting for close to 60 minutes in a cab,” an early-stage investor said.

Play has a personalised device, much like a tablet, connected to the car. Using it, a consumer can track their ride, listen to music, read eBooks, watch videos, and browse the internet.

The browsing history for each user is saved in real time, ensuring you don’t lose your favourite playlist or place in a movie even after completing your ride. You can simply pick up from where you left off at the next ride.

Ola and Ola Play, as technology platforms, gather insights and trends from rides every day. The real-time insights, which enable real-time reactions, help the company make faster improvements in services.

As Sanjay Nath, Managing Partner at Blume Ventures, had said in an earlier conversation with YourStory: "It is innovation that matters in the end. Something that is different from what others offer, either in terms of experience like how Ola is offering, or a shift in technology.”

The internal phases of change

Internally, Ola has had to work hard to ensure this huge shift in business.

Speaking of growth at the recent YourStory's TechSparks, Bhavish joked, “The first phase was the romantic phase - no money, no people, and no tension.”

This was from 2011 to 2013 when life at Ola was about hitting the ground running. The co-founder recalls how there were days when he would drive people himself.

Then, the business and industry hit a certain scale. While the Ola India ride-hailing business is in the stabilisation phase, Ola Electric is in the startup phase.

“You need to put better organisational structure and find people who work well in the stabilisation phase, but wouldn’t have worked in the earlier stages,” Bhavish said.

The Co-founder and CEO added that the company's key challenge in the last few years was managing the scale.

"It’s easy to manage scale when you don’t have to make money. But, when you have to build a real business, things change. We might get into the same trap as a large MNC, so it’s important to have the pulse on the ground,” he said.

But things are different now.

“We are running our business profitably in India. There are no vanity metrics; it’s the real bottom line. We’ve built a stable business and now we want to go global. Our ambition is to build an Indian consumer business on a global scale. Today, there are no Indian brands on a global scale and it’s not because we couldn’t do it, the stars just didn’t align. The domestic market is complex, but in the next decade, there will be several Indian brands. In mobility, we want to lead the way,” Bhavish said.

Ola in talks with Microsoft for $200 M funding