Here's why OnePlus is investing Rs 1,000 Cr in India (and other top stories of the day) 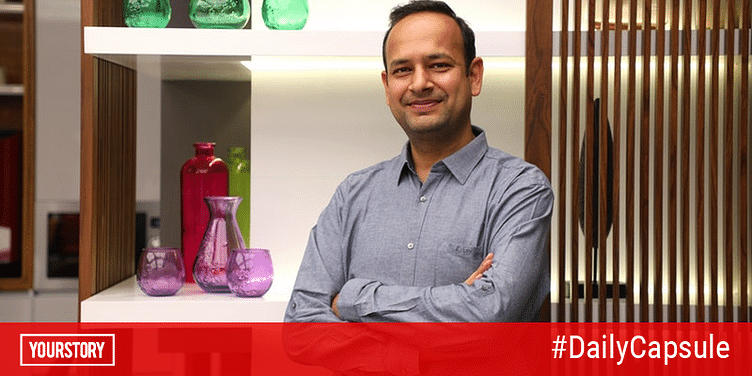 At present, OnePlus wants to focus on technologies like IoT and 5G. It is also pumping Rs 1,000 crore into its India R&D centre as the country figures big on the company’s global growth plans.

In 2019, India emerged as the second-largest smartphone market in the world after China. Reports say that about 134 million smartphones were sold across India in the year 2017 and this number is only set to increase.

The country’s premium smartphone segment is led by Chinese smartphone maker OnePlus. In 2015, OnePlus wanted to enter India with a focus on youth, experience, and remaining digital.

Now, the company is all set for its first-ever music fest to be held in Mumbai on November 16, showcasing the likes of Katy Perry and Dua Lipa.

At present, OnePlus wants to focus on technologies like IoT and 5G. It is also pumping Rs 1,000 crore into its India R&D centre as the country figures big on the company’s global growth plans.

India will be the first market to receive Chinese motorcycle manufacturer CFMoto’s upcoming fully-faired sports motorcycle CFMoto 300SR in April-May 2020. Showcased first as the CFMoto 250SR concept in China, the motorcycle was earlier set to be launched in August 2020.

At 22, Simar Malhotra is already the author of two books. The Stanford graduate is now looking at ‘rebranding and reasserting’ the value of Indian arts, literature, and culture through her initiative InkPot.

Online gaming startup 9stacks has 600,000 users on poker and fantasy cricket platforms in less than three years. The Delhi-based startup is backed by WaterBridge Ventures.

How Ethnic Kraft started from a love for Rajasthani art

Started in 1992 out of an admiration for Rajasthani traditional art, Ethnic Kraft now exports to countries including the USA, the UK, Australia, the Middle East, and more, recording an annual turnover of Rs 2.5 crore.

Microland’s Pradeep Kar on the future of IT

Microland’s Founder Pradeep Kar, once a poster boy of Indian IT, is back as a senior statesman and is banking on digital transformation to make his company a multibillion-dollar business in the next 10 years.

Mumbai-based startup Sepoi is attempting to promote sustainable living and preserve the pride of the Indian army by upcycling used Army uniforms into bags.

With an acceleration of 0-60 kmph in 2.9 seconds, top speed of 140 kmph, and a range of 150 km on a single charge, the F77 completely redefines electric mobility in India with its revolutionary design, technology, and user experience.