The future of IT is to drive efficiency and work on automated platforms, says Microland’s Pradeep Kar 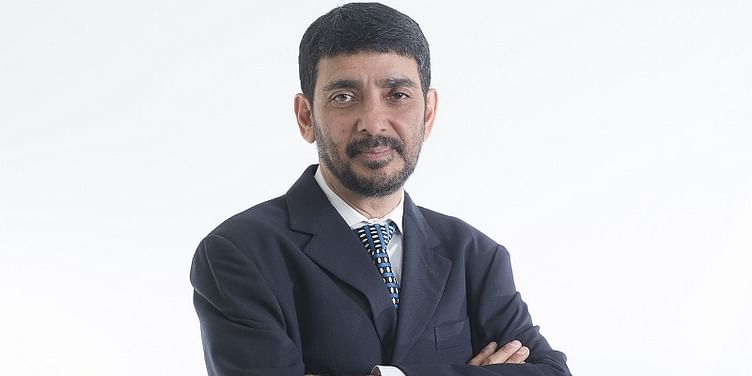 Microland’s Founder Pradeep Kar, once a poster boy of Indian IT, is back as a senior statesman and is banking on digital transformation to make his company a multibillion-dollar business in the next 10 years.

Pradeep Kar, Chairman and Founder of Bengaluru-headquartered Microland Limited, was nothing short of a trend-setter during the late 80s and early 90s.

A media darling, Pradeep had the press hounding him, and received as much or sometimes more media attention than Infosys Co-founder Narayana Murthy or present Chairman Nandan Nilekani.

He founded Microland, a networking equipment seller, in 1989. A rising star among the few Indian technology companies then, it used to be a distributor to Compaq. As Microland was making the cut, the 2001 dotcom bust came as a big blow to the IT major, and Pradeep began to rethink his strategy of developing websites and offering micro services. A changed man by then, he wanted to get into something more stable.

Pradeep shed the dynamic poster boy/entrepreneur image and started focusing on global opportunity and growth. While Microland’s peers Infosys and Wipro chose IT Services, Pradeep chose infrastructure management, and the rest is history and also a defining moment in Pradeep’s career.

Although the fame went to Infosys and Wipro at the time, but as they say, in business, patience pays, and in Pradeep’s long slumber, Microland is well poised to grow into a digital transformation business. At the centre of it all is the data revolution that Pradeep has latched on to thanks to the proliferation of networks, devices, and data. All of these need to be managed seamlessly and intelligently; automation is the only way.

Now, Microland has reported $100 million in standalone revenue in FY19. Sources say the business is close to or slightly over a billion dollar in revenue. Although the numbers don’t mean much today, the company is betting on becoming a multibillion-dollar business in the next 10 years thanks to automation.

Today, every company wants to go paperless and cashless, and wants their manufacturing assets to be utilised efficiently. This whole predictive and prescriptive maintenance business is becoming the foundation of Industry 4.0, which is automation and data exchange, and includes Internet of Things (IoT), cloud computing, artificial intelligence (AI), etc.

“We remained a private company for a reason. We can take bets that other companies cannot take, and the global digital transformation business is coming to us because of our years of managing infrastructure, and we can be big players in the world of 5G and IoT,” Pradeep says .

According to Ericsson Mobility report, there will be 3.5 billion IoT connections by 2023. The installed base of devices will be 1.25 billion in 2030, according to DBS Asia Insights. IDC’s “The Spending Guide’’ forecasts IoT spending will see a compound annual growth rate (CAGR) of 13.6 percent over the 2017-2022 forecast period to reach $1.2 trillion in 2022.

Everyone from GE and AWS to Cisco and Microsoft follow IoT, and their clients – the large corporates – can work with Microland to manage the network, IT, and IoT devices on multiple platforms.

“Only 0.6 percent of these devices are being tracked today. The market opportunity is 99.94 percent, and we are all well poised for this 5G and Edge Networks convergence,” Pradeep says.

Here’s how Amazon is partnering with kiranas for deliveries

The secret sauce for Microland began cooking in 2016 when it set up an IoT centre of excellence in Atlanta, Georgia. This began as an experiment on the GE Predix platform to show its clients the world of digital experiences, and how connected devices would function in the Industrial 4.0 era. However, the challenge was the network could not fail, had to be running all the time, with fail-safe infrastructure. But they did it.

“The future of IT is to drive efficiency and to work on automated platforms,” Pradeep says. Currently, Microland has 4,500 employees, and is present in 150 locations.

To substantiate this with an example, one of Microland’s clients is an industrial AI and data science analysis organisation. The client’s digital dealer platform was central to providing equipment dealerships with workflow and business insights. The business targets improving platform and application uptime along with cost optimisation for system maintenance.

To deliver these goals, Microland took over the management of the client’s engines that drive insights and outcomes for the dealerships and its assets using advanced analytics. Microland partnered a leading provider of industrial AI and IoT software to support the client’s dealers with a CRM solution aimed at reducing costs, improving customer satisfaction, and increasing revenue. Using automation, Microland managed the client’s site infrastructure operations that run the business platforms.

Microland’s support ensured the client’s platforms ran powerful AI and machine learning algorithms to convert large amounts of data to drive financial outcomes. It also helped optimise the cost of the maintenance programme while the availability and reliability of the client’s infrastructure improved with platform uptime being 95 percent and application up time being 97 percent.

At Oracle OpenWorld, Larry Ellison takes on AWS and reiterates that the future is autonomous

Being a private company

Interestingly, Pradeep believes in thinking like a startup. He believes that the Indian startup industry has worked very well in the B2C industry, and believes the B2B industry would blossom as companies go through digital transformation. “Today, organisations have to embark on that journey,’’ he says.

The founder believes that by keeping the company private, he has been able to take some key decisions on its growth. Today, the company has an internal app on which all its 4,500 employees communicate and collaborate with each other. Pradeep is constantly on the app to look at the feedback that his employees are giving him about the company, and is capturing ideas to make the enterprise blossom.

As the founder, he constantly reiterates the vision of Microland and that the company has been around for 30 years catching on to every trend that has hit the world. It has adapted various businesses into its fold and has thrived - be it the client server model in 1989 and the internet 1.0 model in 1998 to the remote infrastructure management business in 2001 and the digital transformation era in 2019.

Pradeep is now charting out strategy for the next 10 years, which is managing data in an IoT and AI world.