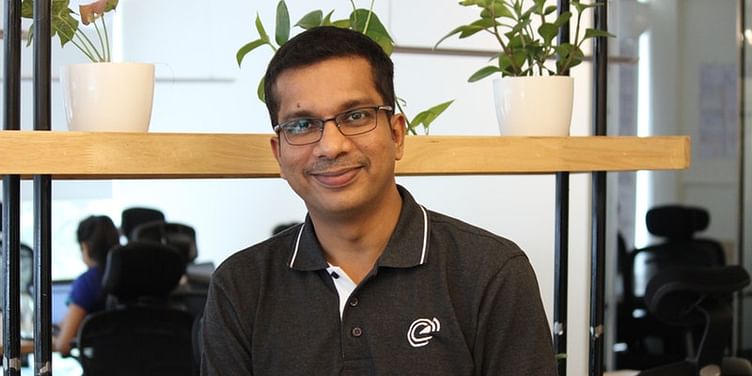 ESOPs represent an estimated $4-5 billion of value in India's top 50 startups by market cap, according to LetsVenture.

Satheesh spent over seven years at Flipkart, having led the ESOP policy at the ecommerce giant, which has created the largest ESOP liquidity events among Indian startups so far.

“If you look at the Flipkart story, it has created about 200-plus entrepreneurs from the company and a bunch of angel investors. So a liquidity programme’s contribution to the ecosystem is that powerful,” Satheesh says.

The woman who helped Sachin and Binny Bansal hire talent at Flipkart has now built a HRtech ‘st...

He currently advises startups on all aspects of Talent and HR via his own startup Connectecho Talent Labs, where he is Co-founder and COO. Until recently Satheesh was heading People Excellence at former Flipkart CEO Binny Bansal’s tech-enabled consulting firm, xto10x Technologies.

“One of the biggest magnets to attract top talent to early and growth-stage startups is promising wealth creation through ESOP. It is a key tool and a great opportunity for startup employees to create wealth. However, it’s seldom understood and remains to be an unsung hero in the reward structure. Very few startup founders have leveraged its full potential,” Satheesh says.

To solve this problem, LetsVenture is developing MyStartupEquity, which it hopes will enable Indian startups to efficiently manage their ESOPs. It has also launched a campaign called LetsTalkESOP to provide educational content for startup employees to better understand the nuances of ESOP, and publish best practices for the ecosystem.

LetsVenture was founded in 2013 with a vision of making early-stage funding easy and transparent.

LetsVenture Co-founder and CEO Shanti Mohan says: “Over the last six years, we have organised this space with 225 startups raising close to Rs 600 crore on the platform. As the ecosystem matures, the opportunity to create liquidity for all stakeholders in the ecosystem - founders, investors, and employees - is critical. Our vision is to become the key enabler in organising this asset class. Satheesh coming on board is a validation of the value and opportunity ahead of us.”

MyStartupEquity is currently being beta-tested by some of India’s unicorns and growth stage startups to manage their ESOPs. The platform enables companies to seamlessly manage ESOPs across the lifecycle from granting, exercising, and ultimately liquidating them.

“In the last decade, the Indian startup ecosystem has witnessed the creation of large valuable companies, which have thousands of employees with ESOPs worth $4 billion-$5 billion. These employees participated in the risk of startups, with ESOPs being a major component of their compensation. While there are policies around granting and vesting of ESOPs, there is no policy or visibility given to employees on the liquidity of these ESOPs - this is especially important as Indian startups are expected to remain private for 12-15 years,” LetsVenture Director Ganesh Nayak says.

With Satheesh on board, LetsVenture will able to help companies create a balanced approach to ESOP liquidity, and drive meaningful discussions between founders, HR heads, and board members on this important topic, Ganesh adds.