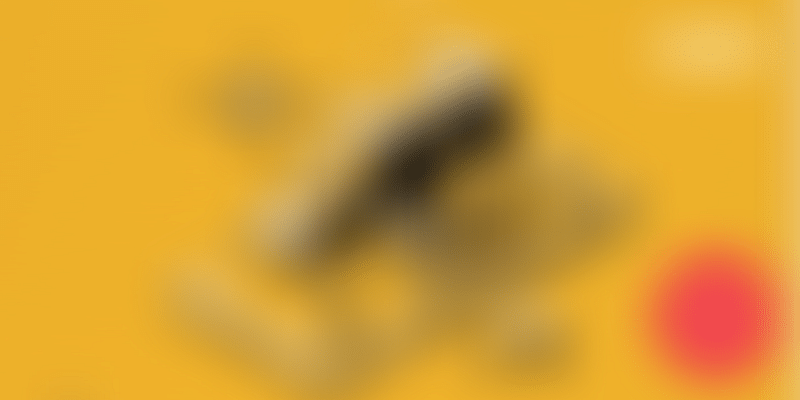 Emerging technological solutions have transformed logistics, a sector that was marred by inefficacies for decades in India. The year 2019 saw the fast-growing sector increasingly focus on B2B and last-mile augmentation. Here’s a closer look at the top 2019 logistics trends.

Logistics is India’s sunshine sector. Poised to reach a size of $215 billion by 2020, the sector saw heightened investor interest and growth through 2019.

Founded by IIT-KGP alumni, logistics startup LetsTransport is eyeing the $30B intra-city market...

Interestingly, the spotlight shone brighter this year on B2B players.

The outlook for the future looks good as well with ICRA Research forecasting that the domestic logistics sector will grow at 8-10 percent over the medium term, remaining largely stable. The supply and demand momentum is likely to lead to higher freight volumes in the second half of FY20 despite the weak macroeconomic scenario in the country.

A recent RedSeer report said fulfilment was an important part of the $65 billion digital economy while IBEF revealed that the logistics industry would stimulate job creation and could be the largest job creator by 2022.

As the sector continued to ride a big growth tide, we take a look at the top trends seen in the logistics space in 2019.

The growth in e-tail created a larger demand for logistics

The RedSeer Report stated that the e-tailing industry shipped close to 800 million shipments in the year. The shipped Gross Merchandise Value (GMV) is currently growing at a compounded annual growth rate (CAGR) of 44 percent to reach $3.5 billion annually. Growth has been witnessed in categories like fashion and general merchandise, while higher value shipments like electronics and mobiles saw a drop.

Navroz D Udwadia, Co-Founder of Falcon Edge Capital, which recently invested in Locus, in an earlier conversation with YourStory, said,

“We believe the trillion-dollar global logistics market is ripe for disruption via technological change, particularly AI and Machine Learning-driven solutions. With Blue Dart and other prolific anchor customers, the (Locus) team has demonstrated the ability to build and deliver cutting-edge technology and algorithmic-driven outcomes that provide attributable ROI to the enterprise at scale.”

The focus was firmly on Large Horizontals

According to the RedSeer Report, Large Horizontals currently account for close to 65 percent of shipments; their contribution to GMV is even higher. This is because their average order value (AOV) is higher than Verticals and Super Verticals.

“For Large Horizontals, typically 75 percent of shipments are fulfilled by captive arms while the rest is 3PL (third party logistics). Large Horizontals take multiple factors into account for choosing whether the shipment is fulfilled by Captive or 3PL, including pin-code coverage, shipment value, and speed,” the report said.

The year 2019 put the focus on the last mile. Many large horizontal players partnered with last-mile augmentation partners who provide manpower for running delivery centre operations and last-mile delivery services. This reduced their cost of hiring manpower. Players like LetsTransport, LoadShare, and Blowhorn followed this strategy.

“While Large Horizontals account for approximately 32 percent of shipments today, their share of captive shipments is expected to continuously increase as they penetrate deeper into smaller towns and cities, which are increasingly becoming viable as demand centres. Also, Large Horizontals have started using ADMs, as it gives them significantly more reach in smaller towns, which can be served from their warehouses, which could be 50-60 km away,” the RedSeer Report said.

Despite the growing number of logistics startups, the space is dominated by players like Blue Dart and Gati. But the growing focus of ecommerce models and increasing consumption patterns in Tier II and III cities led to a significant drop in shipments – 33 percent - by traditional players.

Startups are growing on the back of their focus on delivery and customer experience. This, in turn, is aligned with ecommerce players’ timelines and customer focus. Over the year, startups in the logistics space have grown at a CAGR of 40 percent, and reached close to 72 percent of the organised players’ market share.

The focus was on disruption to navigate a challenge-riddled market

The numbers seem promising and the players are fast growing, but the sector faces many challenges. These include poor infrastructure due to inadequate road connectivity, regulatory hurdles, and individual truckers who dominate the space.

In an earlier conversation, Kushal Nahata, CEO of the logistics startup FarEye, said: “The reality is that companies are facing serious challenges with regards to capacities. Volatile demand patterns, throat-slitting competition, rising fuel costs, and expediting deliveries are, if anything, a serious dynamic cost.”

According to Associated Chambers of Commerce (ASSOCHAM), India can save over $50 billion if the cost of logistics and transportation is reduced from around 14.4 percent of GDP to nine percent of GDP. In comparison, other developing countries spend less than eight percent of their GDP.

As 2019 draws to a close, we hope the challenges – and the ensuing rewards - help founders work towards further disruption and piece together the logistics puzzle.

Transformation of logistics sector with AI and other modern technologies