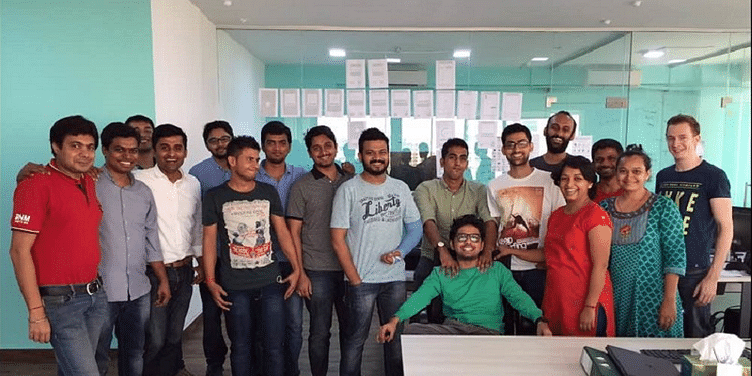 Turning Point is a series of short articles that focuses on the moment when an entrepreneur hit upon their winning idea. Today, we look at Bengaluru-based Simpl that allows users to pay for all their transactions online in one go every month.

Small businesses manage their transactions using a khata (ledger book), but Chaitra Chidanand and Nityanand Sharma decided the same system could be used for a unified bill for all online payments of an individual. Thus, their startup, Simpl, came to be in March 2016.

Bengaluru-based Simpl was formed when the founders saw that there was little opportunity to put financial power back in the customer's hands, whose relationship with a bank began on the premise of mistrust. Simpl now functions as an additional credit wallet that helps people to make online purchases with the startup’s partner merchants—BookMyShow, Bigbasket, Zomato, Grofers, among many others—and pay for it all later in a consolidated bill at the end of a 20-day cycle.

An MBA graduate from Stanford University, Chaitra was previously working with Stanford Angels and entrepreneurs in the Silicon Valley before she moved to India. With the high interest rates in the US, Chaitra decided that going for a credit card would be an expensive and financially irresponsible move.

Once, on a trip back home in 2014, she had an unpleasant experience where she was told she is not eligible for a credit card for various reasons, ranging from issues with permanent address to the fact that she had never paid any tax in India. This led her to wait for eight weeks to open a bank account and then get her hands on only a debit card.

Chaitra got talking to her friend Nityanand, who worked in Wall Street. He believed that complex financial products must be simplified and brought to the common man. The duo also noticed that although ecommerce was on the rise, online payment methods were still not as efficient as they should be.

"There is so much trust deficit and friction in the finance space in India. Banks lead their processes with mistrust, while every other business has the tab system. There are day jobs where people sit and collect payments and rents, and it all roots back to a fundamental lack of trust in the centralised institutions. But society operates on high levels of trust,” Chaitra said.

Chaitra and Nityanand saw this as an opportunity. With an objective to help people who are worthy of being trusted, they set out to create a system that helps people consolidate their online purchases. Thus, Simpl was born.

The platform gives the merchants its tech platform to be able to provide a friction-less buying experience for their customers. The startup works on an open P&L model with its merchants. With a ledger in the cloud that connects with the merchant's transactional system, using some data points provided by the merchant, Simpl underwrites its users using machine learning.

Simpl claims to have achieved unit economic profitability with a 28 percent revenue growth since inception. It has raised a total of $2.5 million in funding from IA Ventures and former Visa CEO Joseph Saunders. Over the years, the startup also claims to have seen 5x growth in terms of processed transactions. With over five lakh downloads, the app is available both on Google Play Store and the App Store.