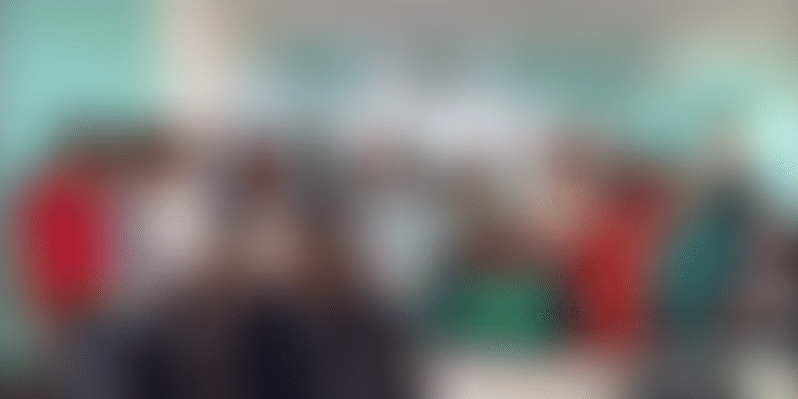 Started by Chaitra Chidanand and Nityanand Sharma in 2016, Simpl is an additional credit wallet, which lets people make online purchases with one click and pay later.

Before banks and digital payments system came into use in India, people followed an offline wallet system, called the ‘Khaata System’ . Solely built on trust, everyone back in the day, be it the milkman or the shopkeeper, used it. The ownership of the offline wallet system was with the end-user and so followed convenience. The underlying intention for both the parties was that the commerce should happen without any friction and delay.

Similarly, in the USA, when credit or debit cards did not exist in the late 50s, people paid with cheques at shops if they did not carry enough cash. Chaitra Chidanand, Co-founder of Simpl, says,

"The system is still prevalent in many parts of the UK and Europe. Someone would send your home a bill, and at the end of the month, you balance your cheque book by clearing all the payments. This is also where you keep a track of all your purchases and expenses. It's like your own personal ledger."

However, with the rise of smartphones, the point of sale is now back with the user.

Spotting an opportunity to reinvent what payments could look like and put the power back in the customer's hands, Chaitra Chidanand and Nityanand Sharma started Simpl in March 2016 in Bengaluru. It is an additional credit wallet, which helps people make payments upfront on their purchases by paying the entire generated bill after a 20-day cycle.

However, Simpl isn’t essentially a lending platform, but only offers a smoother checkout mechanism.

Say no to credit cards

An MBA graduate from Stanford University, Chaitra was previously working with Stanford Angels and entrepreneurs in the Silicon Valley before she moved to India.

According to Chaitra, while living in the US, she was told that her FICO score is very important to be able to live well and she needed to apply for a credit card soon. However, Nityanand Sharma, Co-founder, Simpl, and husband of one of Chaitra’s friends, did not want a credit card for the sake of having one.

With the high interest rates, Chaitra thought that taking a credit card otherwise would be the most expensive and financially irresponsible affair.

"There is so much trust deficit and friction in the finance space in India. Banks lead their processes with mistrust, while every other business has the tab system. There are day jobs where people sit and collect payments and rents, and it all roots back to a fundamental lack of trust in the centralised institutions. But society operates on high levels of trust. That is the opportunity we saw. There are people who are worthy of being trusted and we needed to create a system where opportunism is minimised and value to people is maximised," Chaitra says.

Simpl gives the merchants its tech platform to be able to provide a frictionless buying experience for their customers.

The startup works on an open P&L (profit and loss) model with its merchants. With a ledger in the cloud that connects with the merchant's transactional system, using some data points provided by the merchant, Simpl underwrites its users using machine learning.

However, when asked about incurring costs for Simpl, Chaitra refers to three of them – the working capital, the cost of default, and the cost of settlement. Essentially, the startup does whatever it can to move the needles further away from the user, where he/she has to settle from the bank accounts directly.

Subsequently, it takes away the cost of settlement from the user automatically. The startup uses machine learning in underwriting, fraud prevention, and payment collections.

Rishabh Bhagat, a student and a Simpl user, says,

“There are times when I'm low on cash or just don’t have much in my account, since I withdrew all of it. Simpl comes to rescue while ordering food, paying for recharges, and shopping.”

The startup, which has 95 employees, has humorously categorised its user base into four categories. Diligent Deva are the users who pay rents on time; Freelance Freddy is where students use the service and disappear during payments, Broke Babu are the young millennials who make the payments a month later with a late fee, and then there is Lazy Lakshman where users keep postponing the payments.

According to the team, this tells them on how to go about managing their operations better and efficient.

A white paper by ACI Worldwide along with AGS Transact Technologies (AGSTTL) says digital transactions in India can hit $1 trillion annually by 2025.

However, Simpl isn't the first startup in the credit space. PayU's LazyPay has been in the market since April 2017. In February last year, there was Kissht, which also launched the ‘Scan and Pay Later’ feature allowing users to shop on credit using its QR code.

At a time when merchant companies were busy building their own prepaid wallets, what sets Simpl apart is that it aimed at providing a transparent financial system to everyone at the click of a button in real time, with no hidden charges.

According to the company, it has achieved its unit economic profitability with a 28 percent revenue growth since inception. It has raised a total of $2.5 million in funding from IA Ventures and Joseph Saunders, the ex-CEO of Visa. Over the years, the startup also claims to have seen 5x growth in terms of processed transactions.

With over five lakh downloads, the app is available both on Google Play Store and the App Store.

With a surge to making payment experiences absolutely invisible, Chaitra believes that this innovation can be taken to the rest of the world.

She says, her investors in the US tell that the system makes sense even for their market, and there is no reason why American merchants have to pay two to three percent to Visa Mastercard just to process the transactions.

"We did not reinvent anything, rather derived inspiration from the Khaata System that existed in the country forever."