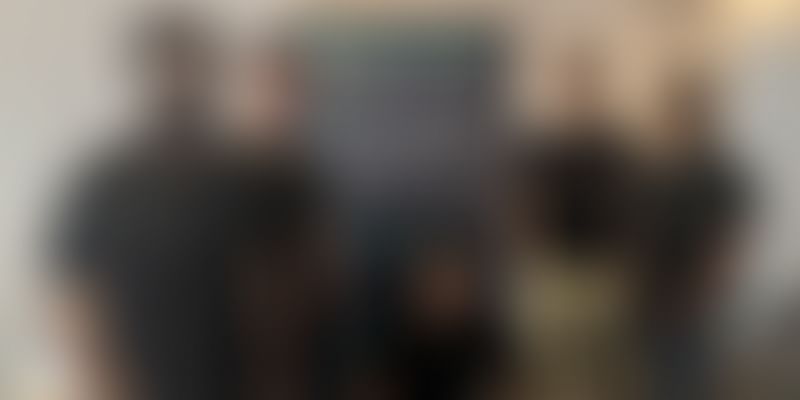 Blockchain’s distributed ledger technology is seeing increased adoption, not just for cryptocurrency exchanges, but also by governments across the world. Biconomy is a startup whose platform helps developers provide a smoother UX to decentralised app users.

There is an app for literally everything. Apps have made our lives and accomplishing day-to-day tasks so much simpler. But as we adjust to a world run on apps, evolving technology is always helping to improve upon the status quo. Enter decentralised apps, or dApps.

A dApp essentially runs on blockchain technology and is not controlled or owned by any single entity. This renders unilateral decisions for shutdown or downtime impossible on an app, since it runs on a peer-to-peer network.

How fintech is revolutionising with blockchain technology

Biconomy is helping people gain the above-mentioned benefits of a decentralised app running on distributed ledger technology. The Singapore-registered startup uses meta transactions to help end users adopt dApps with ease. Its platform comes with a software-development kit (SDK) and a dashboard.

Founded by Aniket Jindal, Ahmed Al-Balaghi, and Sachin Tomar in March 2019, Biconomy aims to make the adoption of dApps as simple as that of conventional apps.

What the startup does

Biconomy follows a ‘meta transaction’ system. Simply put, the gas fee (think transaction fee) of a dApp is not paid for by a user. Rather, it is paid for by the developer of the dApp.

Where does Biconomy come in? It pays the gas fee on behalf of the developer through its transaction relayers, which enable contracts to be paid for by cryptocurrency Ethereum. The dApp developer, in turn, pays Biconomy via Ethereum or other payment modes, for the app being used by their users.

The advantage is a smoother UX for the user of dApps, the adoption of which, admittedly, is at snail's pace due to many entry barriers. This is what Biconomy is trying to solve by helping developers on-board users with gasless transactions (since Biconomy takes care of them). End users are saved from dealing with private keys and downloading wallets for, and buying, cryptocurrencies.

"For a developer, the setup is really simple and involves integrating our SDK with a few lines of code. This eliminates the need for the dApp user to download an external wallet, do KYC, and purchase Ethereum from an exchange just to interact with his dApp. The UX is drastically improved by giving an experience similar to conventional apps."

Biconomy charges a small fee from the transactions it processes via its relayers. The team is also building a developer dashboard where developers can register dApps, create APIs, manage user roles, and permissions. The dashboard is a subscription-based service. The 10-month-old startup is currently in the pre-revenue stage.

The Biconomy founders come with significant experience in the evolving blockchain technology. Aniket has previously worked at Binance, the biggest cryptocurrency exchange in the world in terms of trading volumes. He returned to India in 2018 to become an angel investor and advisor for a few blockchain projects.

Co-founder Ahmed was the MD at Viewfin, a Shanghai-based blockchain service company, for a couple of years, before he moved to Dubai to strengthen the company's MENA network. When Aniket was doing his MBA at Fudan University in Shanghai, he met Ahmed and they started Fudan Blockchain Association.

Sachin, on the other hand, was the technical lead at Stack City, a Chinese blockchain company. Aniket and Sachin have known each other since they met at a blockchain meetup in Bengaluru in 2017. The trio came together to help developers of dApps with Biconomy.

With the six-member team geographically dispersed across India (Delhi) and the UAE (Dubai), daily calls on tech and strategy ensure progress and planning for the lean startup.

"The efficiency of our working dynamic is partly because we had worked together on other projects," Aniket says.

What Biconomy does differently

The concept of dApp is fairly new, with a few well-known examples being Augur, a prediction and forecasting market platform, or Blockstack, which helps developers build dApps.

Though in its nascent stage, its potential cannot be ignored as it ensures power does not remain in the hands of a few powerful corporations and internet companies. Censorship and privacy concerns can thus be ably addressed through dApps.

Similar enablers of dApps include Gas Station Network and UK-based Shipl. Aniket, however, points out that what sets Biconomy apart is its blockchain-agnostic nature; the competition, he notes, is primarily focused on Ethereum.

Aniket said, "They are adding value in their own ways. Since meta transactions is a fairly new concept, we call them collaborators, not competitors. But we do have some competitive advantage over other projects. We do not need dApps to change anything in their existing code while integrating our SDK."

The startup is bootstrapped at the moment, and is looking to raise a small round of funding this year. In India, Biconomy is now the official transaction platform for Matic Network, a blockchain-protocol major in the country. All the applications on top of Matic's solutions also have access to the startup's platform.

Biconomy has around 15 dApps testing the product, which is in alpha phase at the moment.

"We will be focusing actively on the Middle East and Chinese market in the coming months. The team has easy access to the markets in America, Asia, and EMEA region, which is an advantage in terms of both user acquisition and talent acquisition," Aniket says.